These Ai-generated Artworks Could Fetch Up to $41,000 at Auction 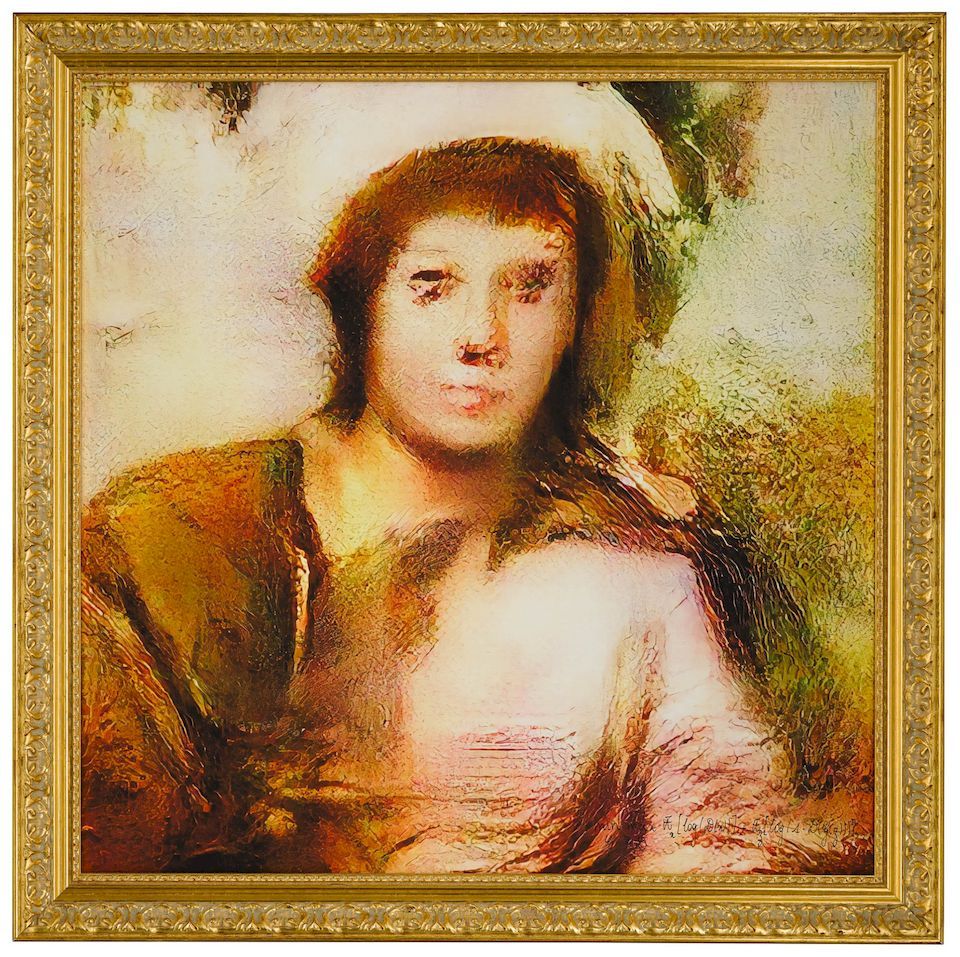 Pursuits
These Ai-generated Artworks Could Fetch Up to $41,000 at Auction
Share
Next article

When an artificial intelligence (AI) painting sold for US$432,500 (S$589,000) last year, it sent shockwaves through the art world. More auctioneers are now keen to further test demand for computer-generated works.

“Art is a true reflection of what our society, what our environment responds to,” said Max Moore, Head of Contemporary Afternoon Auction at Sotheby’s. “And so it’s just a natural continuation of the progression of art.”

Sotheby’s has put two paintings by the French art collective Obvious up for sale. These include “Le Baronne De Belamy”, a European classic style portrait that’s part of the same series as “Portrait of Edmond Belamy”, which sold for more than 60 times the lowest estimate at Christie’s during the 2018 fall auctions.

The AI artworks were made using a technique called “generative adversarial network,” or GAN. GAN involves feeding thousands of images of the same style into a computer until the machine concludes that it has created a new portrait that it thinks accurately reflects that style. “Katsuwaka of the Dawn Lagoon” was created in a Japanese style using the same GAN algorithm.

Moore said the sale of “Portrait of Edmond Belamy” showed that there is “a marketplace for this new body of work” but that it’s still “in the very early stages”. “That will be a good indicator of where the market is,” he said.

In the fledgling artificial intelligence market, Obvious is not the most sought-after group of artists.

Steven Sacks, owner of the Bitforms Gallery in New York says his client, the Canadian-Mexican artist Rafael Lozano-Hemmer has already made around US$600,000 (S$818,000) for an AI artwork. Whereas Obvious’ paintings are fixed, most of Lozano-Hemmer’s works use software to change in real time according to data about each viewer’s perspective.

Other prominent AI artists who are exhibiting their work across the world include Germany’s Mario Klingemann and Turkish-born Refik Anadol. Klingemann also makes portraits, sometimes tweaking the input data with voluntary glitches to avoid replication. Anadol uses mostly video to produce abstract data-based animations.
Klingemann’s “Memories of Passersby I”, a stream of portraits created by a machine, sold for US$40,000 (S$54,500) at Sotheby’s in London in March.

Sacks and several other artists AFP spoke to were critical of the “Bellamy” sale last year. They feel that that painting is not representative of the potential of AI, and argue that Obvious is imitating other works whereas they are creating something new. “For me it was a problem because it wasn’t authentic,” said Sacks, who subscribes to a school of thought that works made by AI should constantly be changing, usually on screens.

Some also criticise Obvious for giving the impression that AI can create works of art without human interference. “An artist chooses. He lightens, he reinforces. Can a computer do that?” asks French painter Ronan Barrot, who has collaborated with British AI artist Robbie Barrat.

The debate continues to rage. Fautrel of Obvious denies that his collective merely imitates other artworks and sees AI as a “tool” and not an end in itself.

Despite their differences, they all agree the market for AI artworks is growing and that the sale of “Bellamy” has drawn attention to the burgeoning technique.

“I don’t think this new style is for everyone but I think you’re going to start catching the attention of a lot of people that aren’t necessarily art collectors but are very interested in the technology behind AI,” said Sotheby’s Moore.