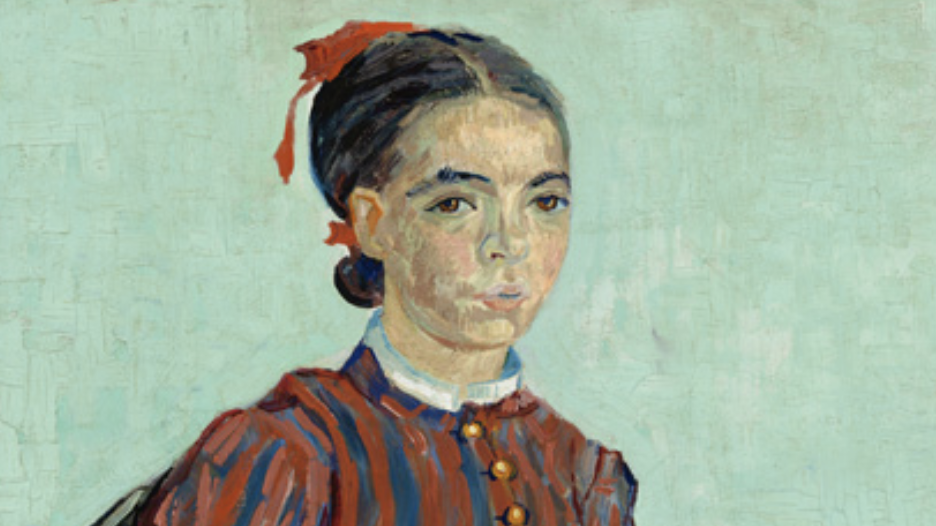 Van Gogh’s La Mousmé will go under the hammer as part of “A Family Collection: Works on Paper, Van Gogh to Freud,” which will be live-streamed from New York on March 1.

This drawing is based on a detail from La Mousmé, a portrait of a young Provençale girl that Van Gogh painted in 1888 while living in Arles. Now at the National Gallery of Art in Washington DC, it draws inspiration from Pierre Loti’s bestseller, Madame Chrysanthème, which presents the story of a naval officer’s temporary marriage to a Japanese woman during his station in Nagasaki, Japan.

This literary source had a profound impact on Van Gogh, as testified to in a letter he wrote to his younger brother Theo on July 29, 1888.

“[I]f you know what a ‘mousmé’ is (you will know when you have read Loti’s Madame Chrysanthème), I have just painted one. It took me a whole week… but I had to reserve my mental energy to do the mousmé well,” he said. He also added that La Mousmé was one of a group of portrait studies that were “the only thing in painting that excites me to the depths of my soul, and which makes me feel the infinite more than anything else.”

A few days after completing La Mousmé, Van Gogh made the drawing which is now coming up for sale at Christie’s. It is estimated to fetch between $7 million and $10 million, possibly making it the most expensive drawing by the Dutch painter ever sold at auction.

Only two Van Gogh drawings have fetched seven-figure sums in the past, including Garden of Flowers. This ink image of summer fields sold for $8.36 million at Christie’s New York in 1990, surpassing the auction house’s high pre-sale estimate of $7 million.

According to the Art Newspaper, La Mousmé is currently from the London art dealer Thomas Gibson’s family. The painting has graced many exhibitions worldwide, including the New York’s Metropolitan Museum of Art, London’s Royal Academy and, most recently, at Tate Britain.

For more information on the painting, visit Christie’s.

Sign up to get the latest luxury and lifestyle news delivered to your inbox.
AFP Relaxnews
ART Pursuits Christie's

Coach x Def Jam SEA Virtual Concert: Up dates on Headliners and How to Get Access