Why are Black and Orange the Traditional Halloween Colours? 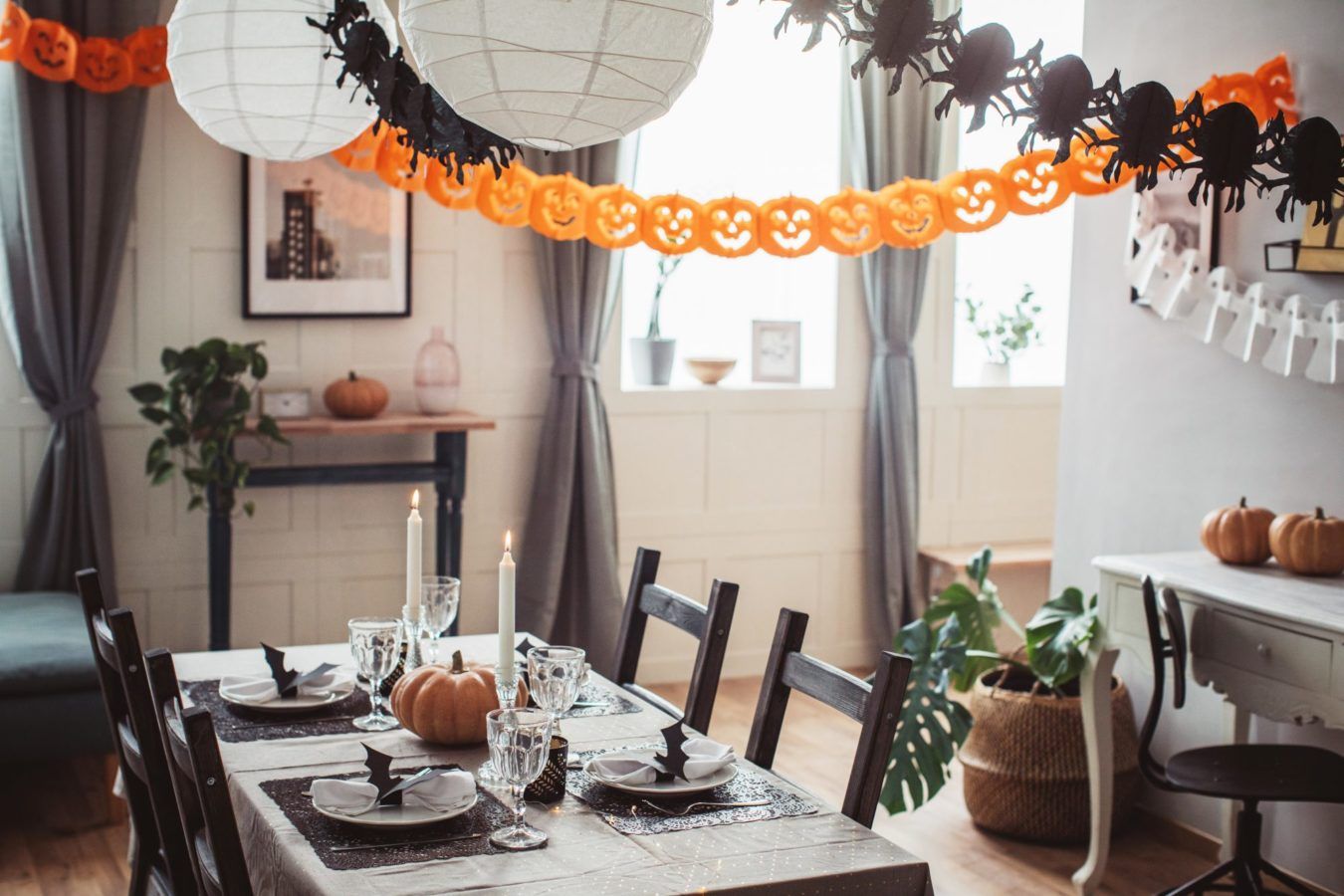 Pursuits
Why are Black and Orange the Traditional Halloween Colours?
Share
Next article

Whether you celebrate by taking your kids trick-or-treating, attending a costume party, or watching your favourite scary movies, Halloween is a beloved holiday associated with candy, mysterious creatures, and spooky events. But how much do you really know about the holiday that takes place on October 31? Have you ever wondered why people across the country dress in and decorate their homes in shades of orange and black? Here, an expert breaks down the history of these hues and how they became associated with Halloween.

How Orange and Black Became Associated with Halloween

According to Lesley Bannatyne, an author and Halloween historian, this spooky holiday wasn’t widely celebrated in the United States until the late 1800s, and the festivities were far more DIY-oriented than they are today. During this time period, all of the décor and costumes were handmade, and hostesses would display pumpkins and cornhusks around their homes. “The natural colours they had to work with in late October were largely orange and yellow: pumpkins, chrysanthemums, marigolds, corn, hay bales,” Bannatyne says. “But Halloween party décor was also about creating an otherworldly atmosphere — eerie, spooky, ghostly — and for that, you needed a measure of darkness.”

Companies ultimately commercialised the colours for the holiday in the form of paper costumes and party decorations. “The Dennison Company put out its first paper Halloween decorations in 1909 (and sold them into the 1940s),” shares Bannatyne. “They featured creatures from Halloween folklore, such as witches, cats, and bats, which were often printed in black, and harvest foods and pumpkin creatures, which were usually orange or yellow.” The Beistle Company also helped solidify black and orange as Halloween colours by using the hues on their images. However, there were some exceptions initially to these now-custom colours on Halloween. In the early 20th century, some Halloween postcards would have witches in red or purple dresses and Jack-o’-lanterns in green colours. “Once other businesses noticed the rising popularity of Halloween, candy manufacturers, costume-makers, and mass media followed along, creating and marketing their products with popular folkloric images and the now-recognisable colours,” Bannatyne adds.

In terms of the symbolic meaning of orange and black for Halloween, Bannatyne points to the former being representative of darkness (Halloween was always thought of as a night-time holiday) while orange is the colour of fire and the fall season since the hue is reminiscent of harvest. “These colours make sense: Halloween sits at the cusp of winter, and has always been about the transition from the light part of the year (summer) to the darker (winter),” the historian says. “Black and orange conjure bonfires in the night; they also conjure ripe pumpkins (life) in opposition to the lightless, barren winter (death).”