Why Owls Are a Spooky Symbol of Halloween, According to Folklore Historians 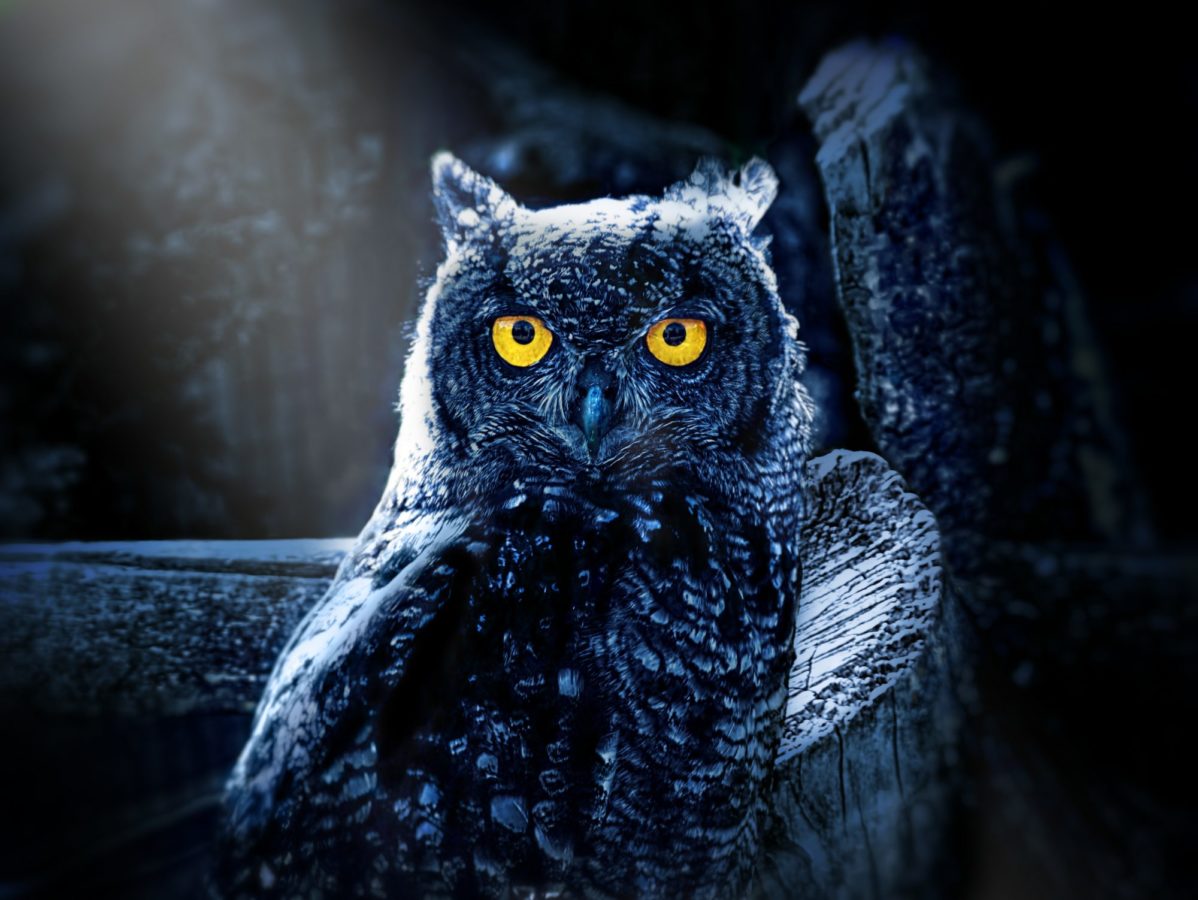 Pursuits
Why Owls Are a Spooky Symbol of Halloween, According to Folklore Historians
Share
Next article

Owls perch themselves on branches and hoot into the great outdoors on any given night, but these animals also play a big role when it comes to being spooky symbols of Halloween. According to Adrienne Mayor, a classical folklorist and ancient historian and professor in the classics department at Stanford University, owls have always had a history of scaring people and have become a spooky symbol in society. “As fierce, nocturnal flying predators, owls have been associated with witches, who also fly about at night doing dark deeds,” she said. “Nighttime was scary for humans, a time for werewolves, witches, demons of darkness, bats and black cats, and ghosts.”

Ahead, find out more about the animal’s connection to the spine-chilling holiday.

Owls date back to ancient Greek and Roman mythology. Mayor explains that the Strix was a scary raptor-witch that would prey on humans, especially kids, at night. “The vile and malevolent creature’s eyes and terrible shriek could transfix a person, paralysing them with fear,” she adds. These creatures had a hooked beak, big claws, and the wings were either black or grey. Mayor says that some scholars believe predatory owls were the inspiration for the Strix. In turn, we now have a genus of owls named the Strix today. Simon J. Bronner, PhD, the dean of the college of general studies and a distinguished professor of social sciences at the University of Wisconsin-Milwaukee, adds that it is hard to pinpoint a specific date when they became an official creature linked with Halloween, but stories from the Romans does help deepen the history of owls being associated with fear.

“There is evidence of Romans introducing this idea to foretell fortunes in military campaigns in Britain and this might explain its transmission to Ireland and the Isles where Halloween originated,” he shares. “There are reports of killing owls and attaching the remains to the front door through the nineteenth century.” In fact, this could serve as a reason why the toy owls are now used as Halloween decorations. “Belief in owls as harbingers of death were also present among Scandinavians who had an influence on the northern British isles,” he notes. Owls have also been linked with Halloween since medieval times, as the holiday became “a celebration that arose from All Hallows’ Eve, when ghosts were believed to rise up from their graves in cemeteries and wander the streets,” shares Mayor. “If you think about just how dark and long the nights were for people before electricity, it’s easy to imagine how frightening the creatures of the night could be, especially if they were lurking beyond the flickering light of a campfire or candle flame.”

Owls are also tied to Halloween because they were previously considered to be a bad omen, as these animals have historically stayed away during the daytime. Plus, they fly swiftly at night and hunt prey silently. For humans, the fear can instantly hit as an owl shrieks or hoots ominously. “Owls are disturbing and unsettling, because of their stealthy hunting and silent flight, so quiet that scientists study them to figure out how to make turbines and planes less noisy,” Mayor explains. “But owls also have an eerie, piercing stare and, even more horrifying, they have the ability to turn their heads almost 300 degrees.” With its other features, like a sharp beak to attack prey, talons, glaring eyes, and the ability to make spooky sounds, the animal has become a mainstay as a popular creature associated with Halloween.

What’s more, owls are connected to the lunar cycles, and the moon is known to be a symbol of Halloween. “Scientific studies show that many species of owls vocalise more during times of lunar brightness (full moons),” Brooner says. “An exception is the Mexican spotted owl, however, which vocalises more during the last quarter. The connection of owls to female power (such as witches) probably derives from the fact that female owls (“hen owls” is colloquial) tend to be larger than males and therefore more predatory (males are usually efficient foragers).”