Branded Residences Set to Open in 2021: From Aman New York to Rosewood Mayakoba and More 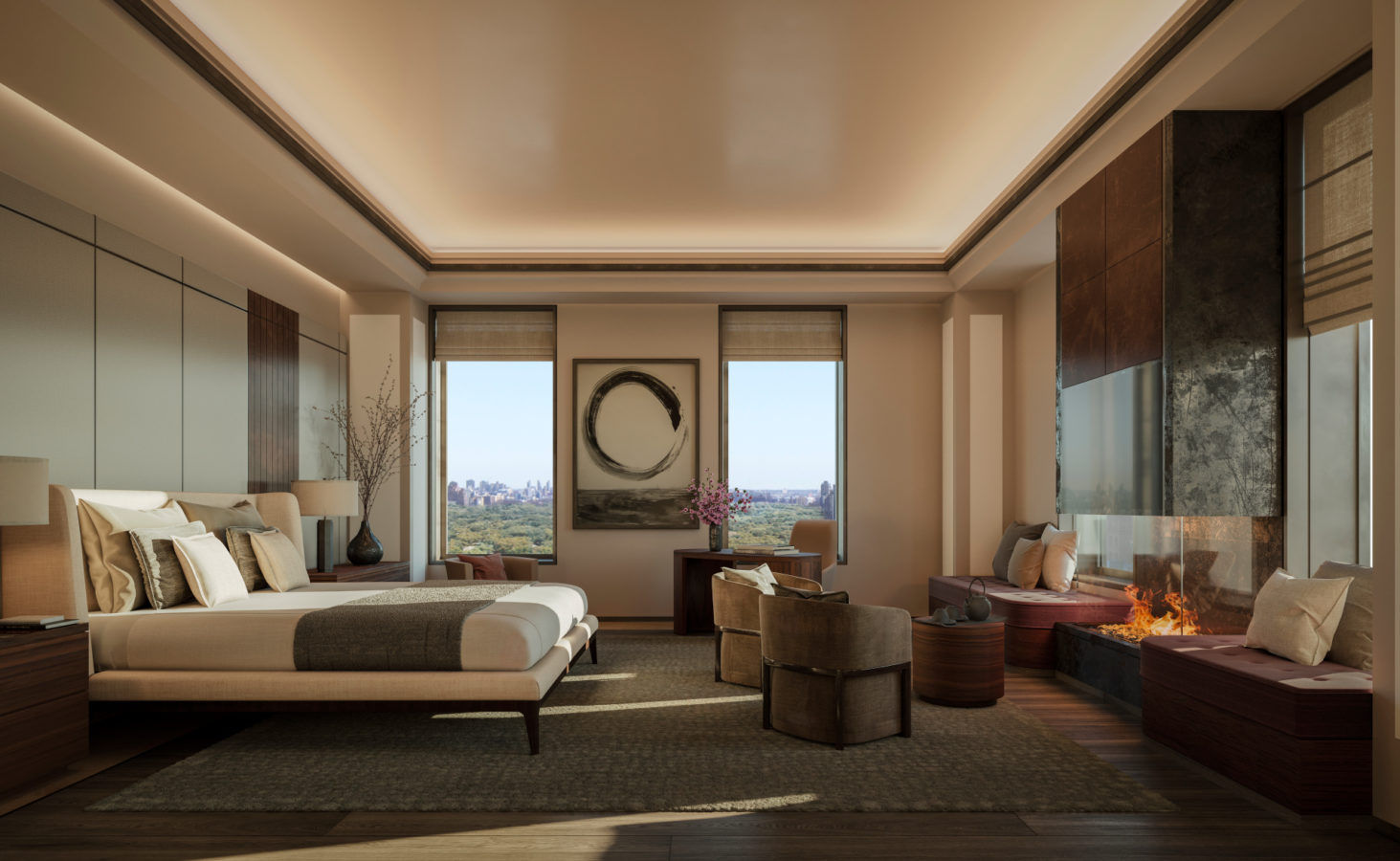 Pursuits
Branded Residences Set to Open in 2021: From Aman New York to Rosewood Mayakoba and More
Share
Next article

Although the Covid-19 pandemic caused delays, developers around the world have used the time to reallocate space to include more balconies and terraces connected to residences, redesign floor plans better suited for working and schooling from home, and install the best touchless technology and air-filtration systems.

In fact, more than 75 per cent of developers were more likely to add advanced technology and space for home offices to their plans, according to Knight Frank’s Global Development Report. About 54 per cent also considered more outdoor space, and are leaning towards virtual tours, 3D photography and video conferencing.

Branded residences, where owners can enjoy the comforts of home with the convenience and amenities of hotels, remain popular with high-net-worth buyers. These luxury homes also offer peace of mind for those who split their time between more than one residence, confident their investment is well cared-for. Such properties can provide income streams when they’re managed as part of the brand’s rental programme.

Here are five projects combining the best in amenities, space and safety with bold designs and luxury living. Luxury hospitality brand Aman is due to open its first urban hotel with residences in New York City this spring. Aman has reimagined the historic Crown Building on Fifth Avenue and 57th Street, built in 1921 by Grand Central Terminal architects Warren & Wetmore and once home to the Museum of Modern Art. Belgium-born designer Jean-Michel Gathy was inspired by the idea of creating a sanctuary in Midtown Manhattan. At the heart of the property is a 25,000-sq-ft spa, offering a full menu of treatments, facilities that include a Moroccan hammam and Russian baths, and an indoor swimming pool surrounded by fire pits and daybeds. There’s also a wraparound Garden Terrace overlooking Central Park, a wine room, a subterranean jazz club and fine-dining restaurants such as Arva, serving Italian fare, and the Japanese-inspired ∫. The project will start on the fourth floor, with existing retail, such as Bvlgari, on the ground floors. The 22 residences, which range from one to six bedrooms, feature wood-burning fireplaces and calming design palettes; many have private pools. Prices start at US$13.5 million (S$17.93 million), with the crown jewel, a five-storey penthouse, selling for US$180 million in 2018. The Rosewood Mayakoba resort, located on a 251-hectare nature preserve in the heart of Riviera Maya, Mexico, is launching its beachfront villa collection this year. The lagoon- front villas range from two to five bedrooms, measuring from 3,500 to more than 7,000 sq ft. Homes offer large outdoor terraces connected to the home with oversized bedrooms and separate dining and living areas. The first home, dubbed Villa Magna, is set to open in April. Javier Sordo Madaleno, of Mexico City-based Sordo Madaleno Arquitectos, designed the six-bedroom, 16,300-sq-ft home, using locally sourced timber, tiles and natural stone showcasing Mexican craftsmanship. Residents can arrange butler services, private eco-tours on the water and 24-hour room service. They also have access to the on- property Sense spa, several restaurants and the Greg Norman championship golf course. An additional four villas are under development, with an asking price of US$9.75 million (S$12.95 million). Undeveloped land is also available. 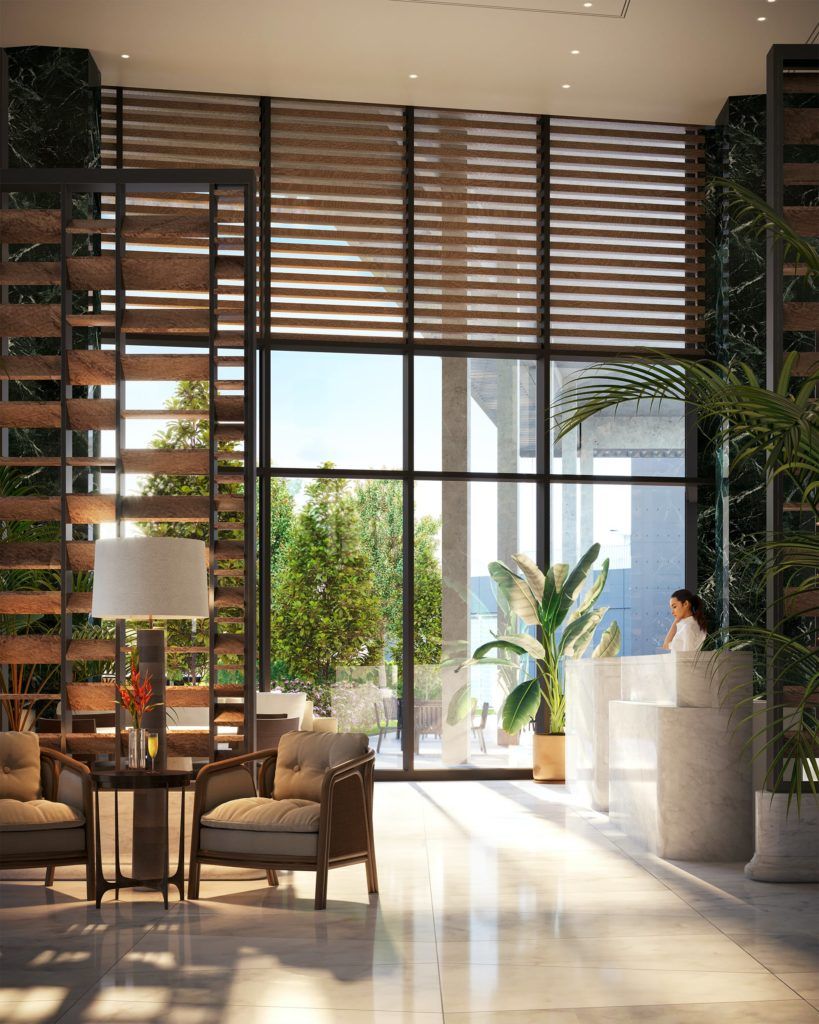 Another historic renovation, the Four Seasons Hotel and Private Residences New Orleans will transform the former World Trade Centre into the city’s first luxury high-rise condominium in the city, as well as its first hotel-serviced residential building. Built in 1968, the 33-storey tower was designed by architect Edward Durell Stone, whose work also includes New York’s Radio City Music Hall and the Museum of Modern Art. The US$460 million makeover will deliver 81 condominiums overlooking the Mississippi River, plus penthouses on the building’s top floors, and 341 hotel rooms on the riverfront in downtown New Orleans. Benefits for residents will include a private lobby with 24-hour doorman and dedicated concierge, and optional services such as in-residence dining and catering, housekeeping, and valet parking. Building amenities are spread out over 22,500 sq ft, and feature high-end dining, a fitness centre, a 75-ft outdoor swimming pool, and a Four Seasons Spa. Prices start at US$3.5 million (S$4.65 million) and the project is slated to open in the first quarter.

Crown Residences At One Barangaroo Walls of glass bring Sydney Harbour with its famous Opera House and Harbour Bridge into the living rooms of the 82 units at the Crown Residences at One Barangaroo. Each home has a distinct floorplan, thanks to the 75-floor building’s twisting facade, designed by Chris Wilkinson of the London-based firm One Barangaroo. The bespoke interiors, by New York City-based design firm Meyer Davis, were heavily inspired by the waterside location and surroundings. Residents will have access to all the amenities of the hotel, including its spa, wellness centre and conference rooms, as well as services that include housekeeping, concierge and valet. The first hotel-branded residence in Australia, it will also feature a members-only Crown Sydney casino, pool and lounge area for residents and tennis courts. The project opened in January, with two- to five-bedroom residences and a limited number of duplex penthouses. Prices start at A$9.5 million (S$9.79 million). Located on Palm Jumeirah, Dubai’s man- made island shaped like a palm tree, the Royal Atlantis Residences features 230 units at Atlantis, The Palm resort. It will also bring true luxury living to this city of bling when it opens in the third quarter of 2021. Homes, ranging from two to five bedrooms, offer views of The Gulf and Dubai skyline, and private outdoor areas, some with private pools. Penthouses are also available, boasting even more expansive outdoor space with pools, and a number of garden suites that also have private pools and outdoor entertaining. The building’s stacked architecture, designed by New York City-based KPF Kohn Pedersen Fox Associates, adds a distinctive silhouette to the Dubai skyline. Residents-only amenities include private beach access, a sky pool perched 90 metres above the ground, outdoor pools and lounge areas, and a private fitness centre. Residents will have access to the resort offerings as well, from concierge services to some of the world’s finest restaurants, including Michelin-star Dinner by Heston Blumenthal and José Andrés’ tapas bar, Jaleo. Prices start at 6.995 million dirhams (S$2.53 million).