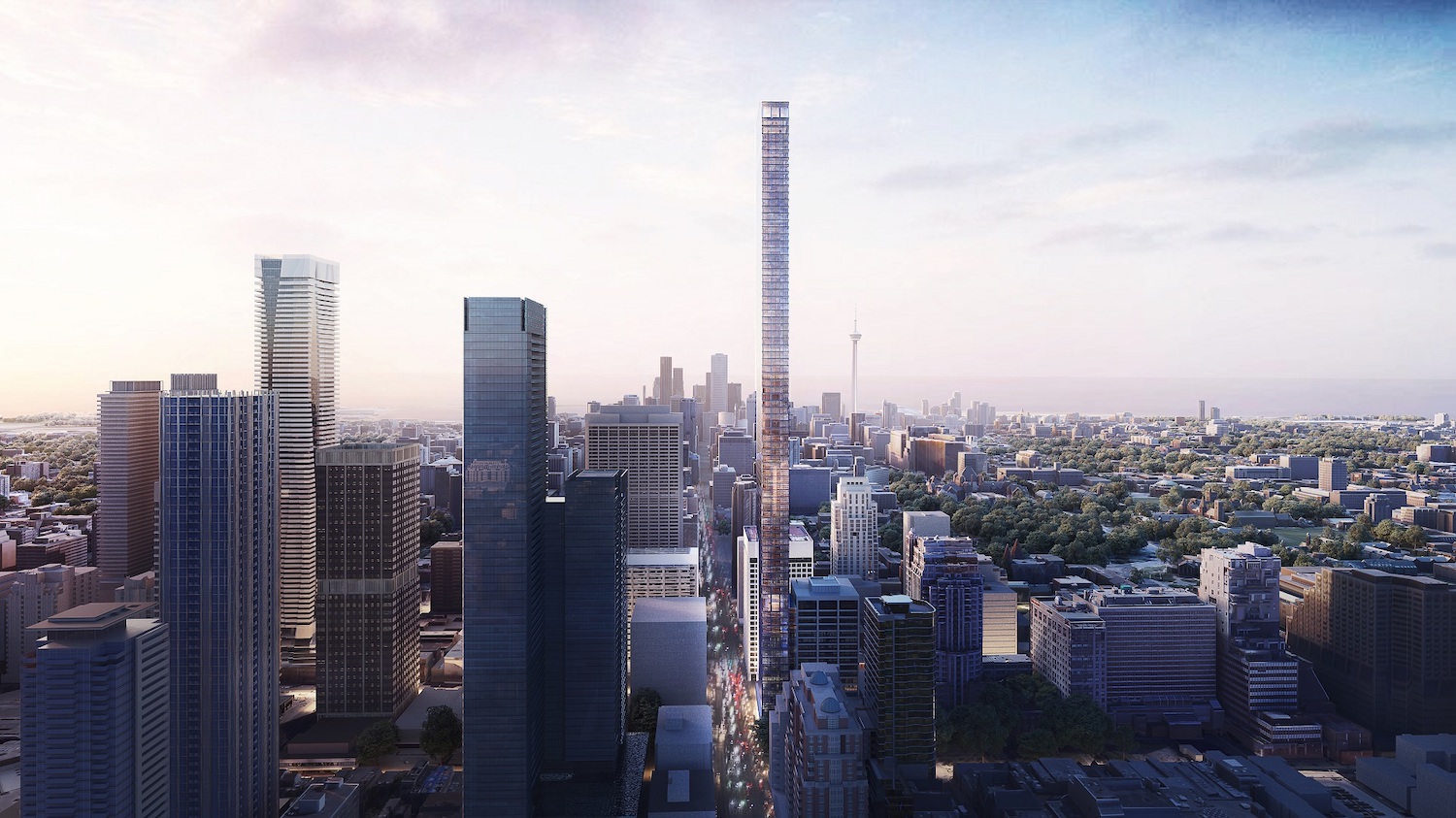 Herzog & de Meuron joins the Canadian practice Quadrangle for a new project at 1200 Bay Street in Toronto which, when completed, will be the tallest building in Canada.

Dezeen reports that plans for a skyscraper, which could be up to 324 meters tall, have now been unveiled. If all 87 floors of the project are completed, it will become the tallest building in Canada, overtaking Foster + Partners’ The One development, which is also located in Toronto. The new building will be three times taller than it is wide, a construction ratio that qualifies it as a “skinny skyscraper.” The mixed-use tower is to replace an existing 16-storey commercial building from the 1960s that housed offices and retail outlets.

In the proposed new building at 1200 Bay Street, stores and offices would also occupy the first 16 floors, which would be topped by a level of private amenities separating them from the residential units of the floors above. 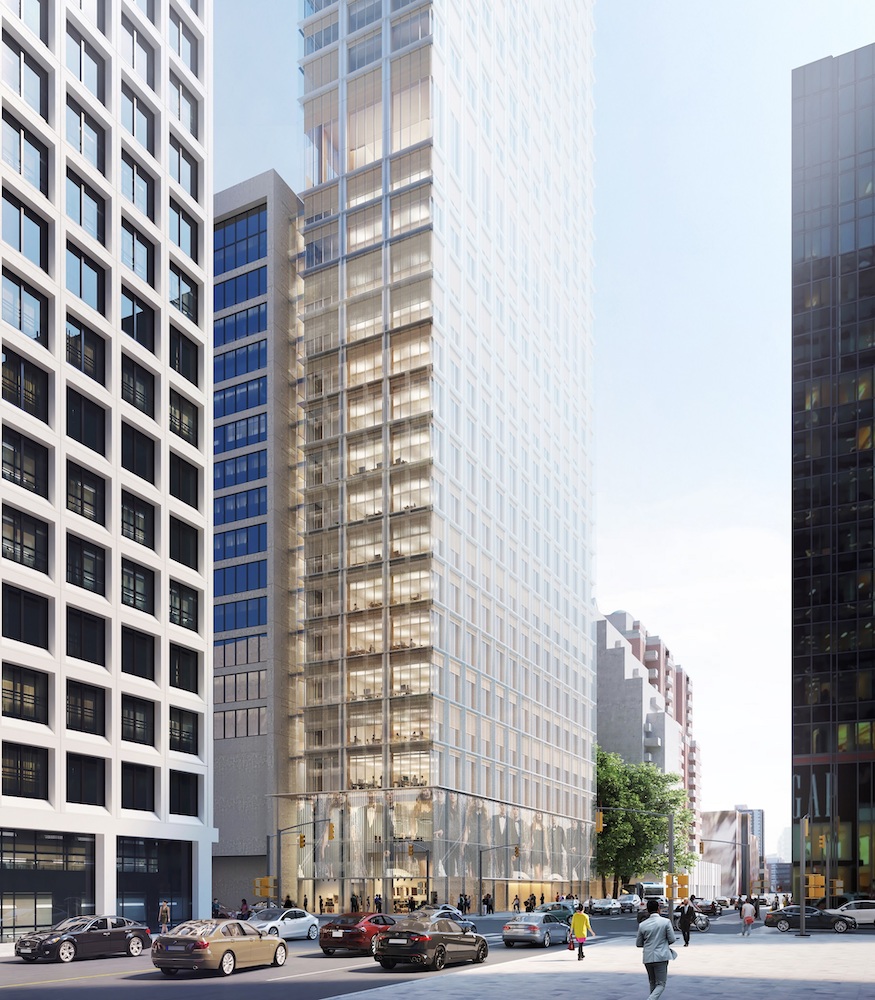 Planned for the top-three floors of the building, a large restaurant and lounge is to provide spectacular views over the city of Toronto.

In 2001 Herzog & de Meuron, which was founded in Basel, Switzerland in 1978, was awarded the Pritzker Prize, which is one of the most prestigious awards in the world of architecture. Among the firm’s most notable buildings are the Tate Modern in London and the Nouveau Stade de Bordeaux.

To find out more, visit herzogdemeuron.com.