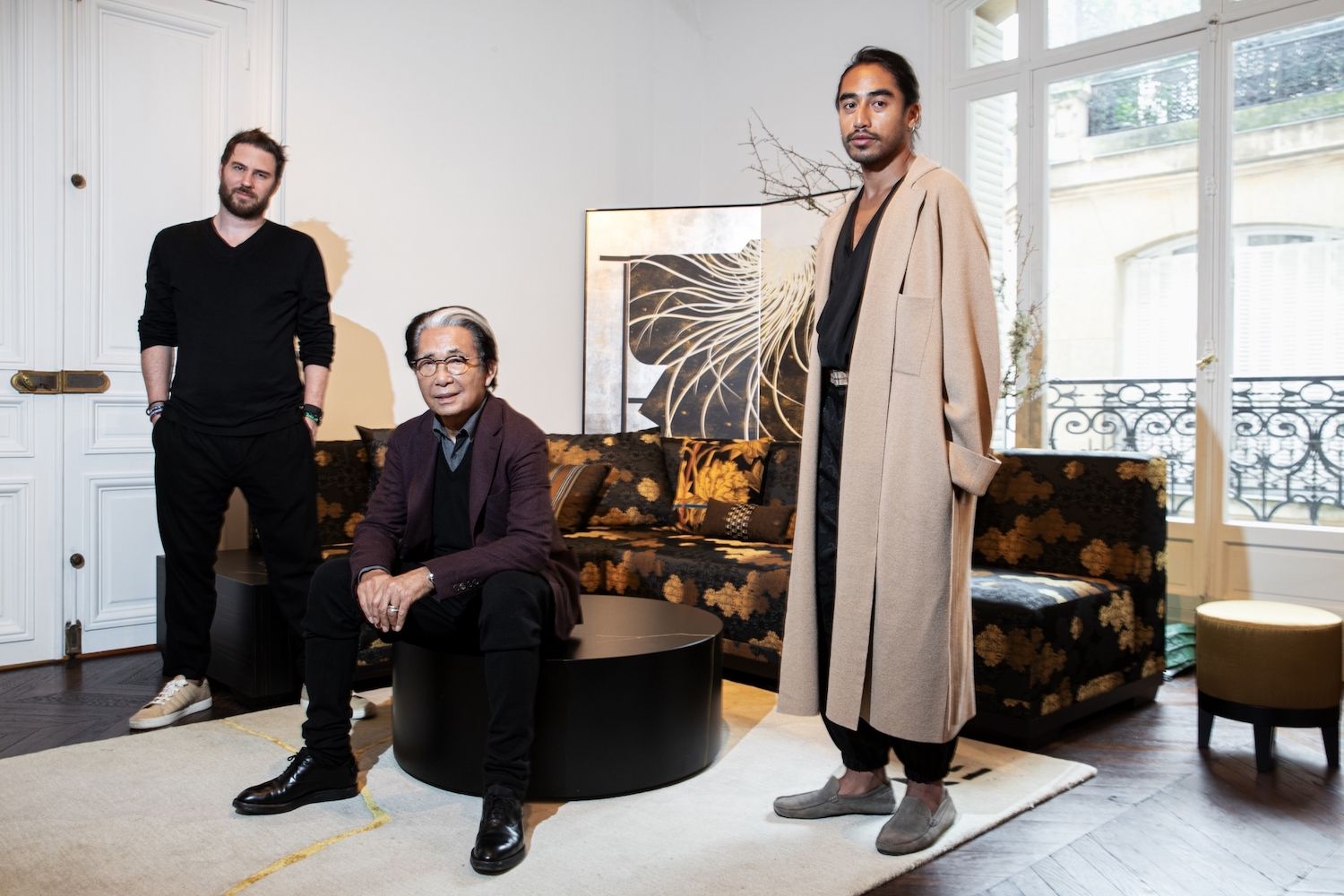 At the age of 80, fashion king Kenzo Takada could very well be sipping cocktails in his silk slippers, and yet, the Japanese creator is back. But he isn’t diving back into the frenzied world of catwalk shows. Instead he will be throwing himself into the more sedate world of home interior design Friday by launching a brand called K3.

Kenzo sold his hugely successful clothing and perfume label — and the right to use his name — to the luxury giant LVMH in 1993 and left fashion six years later.

Since then, he has collaborated on a number of different projects, but told AFP that he has missed the buzz of working for his own brand.

“Twenty years ago I wanted to travel and I didn’t want to work any more,” said the pioneering designer, who made his breakthrough on the Paris scene in the early 1970s.

But for his comeback, he wanted to do something more “timeless” than clothes, and came up with K3, whose logo is written in Japanese with three horizontal strokes.

By doing interior design, Kenzo would not be tied to the infernal fashion rhythm of at least four shows a year.

“With clothes, you always have to be in the collections, it needs more organisation, workshops and all that. I don’t want to work like that anymore,” he told AFP in his large luminous studio in the centre of Paris.

Design is “really about the art of living”, he added.

The first of the furniture, carpets, wallpaper, ceramics, household linen and bathrooms designed by Kenzo will be presented Friday at a Parisian home show and in a new K3 boutique in the French capital on the same day.

All his creations carry a “kintsugi” symbol in honour of the Japanese art of repairing broken porcelain and ceramics with lacquer mixed with powdered gold.

For Kenzo, this technique from the 15th century “makes the object even more beautiful” and fits perfectly with the contemporary concern of recycling.

His creative assistant Engelbert Honorat said the technique embodies “the Japanese art of honouring something whilst remaining simple.”

The collection is organised around three themes, Kenzo said.

His “Shogun” items represent masculinity and are sober and solemn, dominated by black and white.

“Sakura” is about harmony and tranquility and includes a few gold notes in its subtle pastel palette, while the “Maiko” range is in vivid red and pink, paying tribute to the kimonos and make-up of young geishas, he said.

One of the pieces that stands out in Kenzo’s first collection is a low-rimmed table with a hole in the middle which can be filled with water for various uses.

Petals can be left to float on the surface, or it can be used as a vase in a tribute to the Japanese art of flower arrangement, “ikebana”, said Kenzo.

“Our ideal interior is one of comfort which tempts you to stay inside. I like something that is soft and poetic, not aggressive. I like dreaming,” he said.