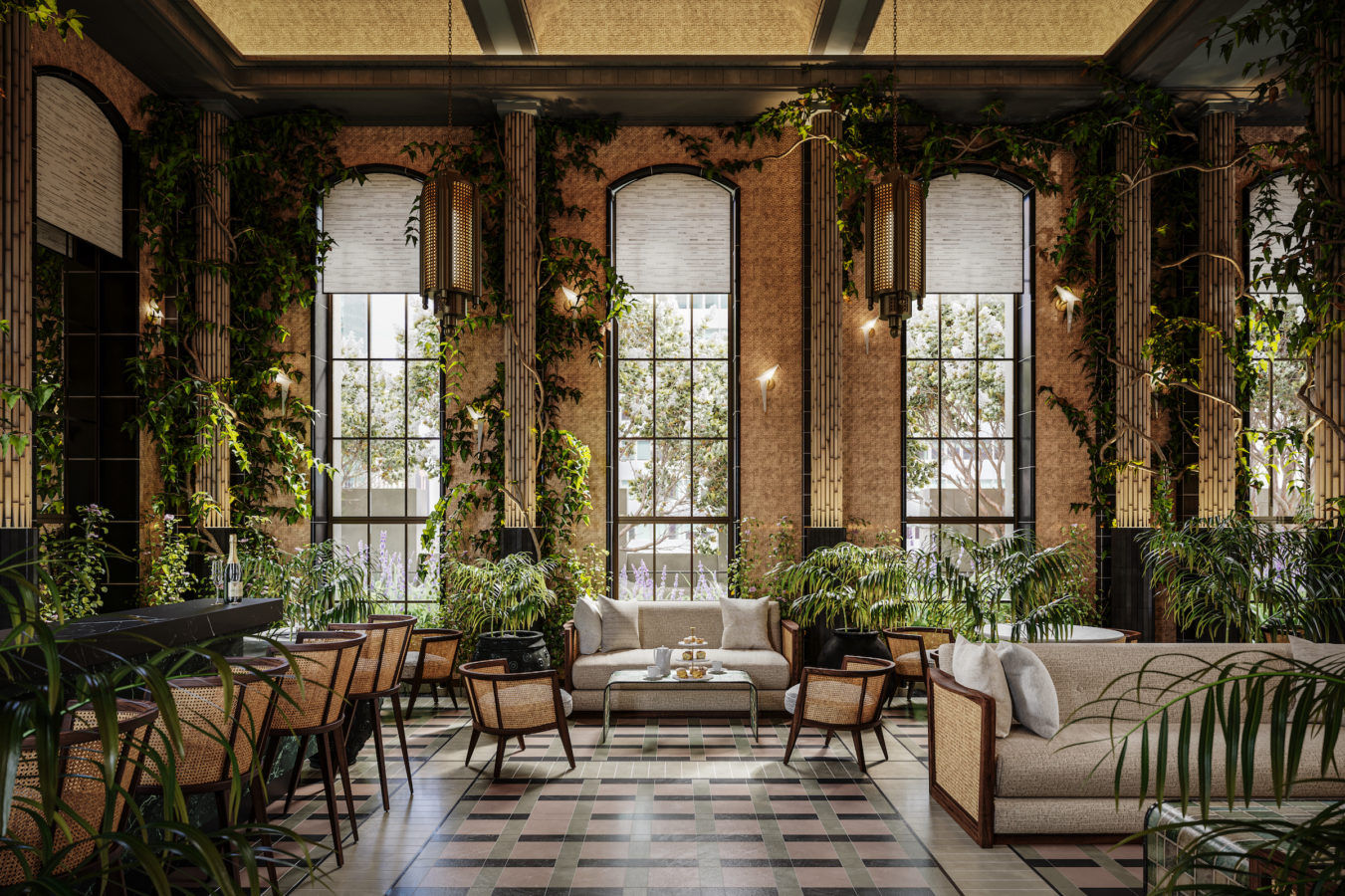 Pursuits
Back with a Bang: New York’s Real Estate Renaissance Makes it a Spot for Investors to Eye
Share
Next article

New York is back with a bang, and it wants everyone to know. Districts that coalesced during the Art Deco and Jazz Ages bloomed again by summer 2021 with new kinds of vibrancy. Now offices hum back to business, vaccine passes are required at most venues and the city feels safer. Areas like Midtown and the Wall Street business area are in a post-pandemic real-estate renaissance.

With the easing of international travel restrictions to the US in November, overseas investors have also returned in force, lured by the possibility of snapping up landmark addresses. Some of the city’s famous skyscrapers, citadels of modern commerce and culture, are being transformed into high-end residential developments.

Both One Wall Street and the Towers at the Waldorf Astoria are building ultra-luxe offerings housed in famous Art Deco buildings. The difference from what’s been built before lies in a blend of spacious layouts, designer details, and next-level amenities and services catering to a new kind of luxury condo living. The biggest residential project in Downtown Manhattan is One Wall Street, located next to the New York Stock Exchange, at the intersection of Broadway and Wall Street — a multi-billion-dollar development headed by Macklowe Properties.

By retaining the facade but completely gutting the interiors and rebuilding with generous proportions, Macklowe is creating 566 contemporary units (ranging from studios to multi-bedroom apartments at helicopter height) with 100,000 square feet of amenities, including a swimming pool, gym and clubhouse and 174,000 square feet of retail space (including a gigantic wholefoods store).

Completed in 1931, the imposing original 50-storey tower was designed by Ralph Walker as an office for the Irving Trust Company. Walker was part of a group of Art Deco pioneers, including Raymond Hood, William Van Alen and Ely Jacques Kahn, who shaped the Manhattan cityscape. A 36-storey annexe was added in 1966 and, in 2001, the building was declared a city landmark of Art Deco importance alongside the Empire State and Chrysler buildings.

“People are just looking for more space right now — more useable, family-friendly space,” says Kirk Rundhaug, sales director at One Wall Street. “They want to be able to work from home and they want all the facilities within their building, where they know that the hygiene protocol is going to be watched. People are looking for real square footage that they can live in. And that’s what they’ve created here in this particular building.”

International clients have been receptive, especially those from Asia and the Middle East who like the development’s central location and expanded hotel-like services: concierges, slickly designed co-working spaces and children’s playrooms, as well as a wrap-around terrace, garden, pool, state-of-the-art gym and full entertainment areas. One Wall Street is looking to be the hero residential condo offering of downtown Manhattan, with expansive amenities speaking to a new gold standard of luxury living.

The neighbourhood has, of course, seen a drastic change since 9/11. During the rejuvenation “more than US$30 billion has been invested into Downtown real estate and infrastructure”, says local architectural historian and author Thomas Mellins.

He explains how it’s bought a vibrant neighbourhood life to the area where the first American exchanges were established. Popular restaurants, such as The Fulton and Nobu, are just short walking distance from the Stock Exchange and creative industries now occupy sites that were formerly financial. A well-landscaped Battery Park is close by, with Downtown enviably offering access to the water from all sides.

“We see Connecticut couples, who don’t want to commute anymore, coming into the area,” Rundhaug says. “I love being down here because now you now have all the restaurants, grocery stores, dry cleaners … in the evening, people are out walking their dogs, dining out on the sidewalks and enjoying themselves. It used to be quiet after the work crowd left, but now it’s a whole different world. It’s a new neighbourhood to explore in Manhattan.”

The flurry of architectural activity in past few years, and cranes littering the horizon, are evidence of Manhattan’s current rebuilding project. On the west side of Midtown Manhattan, projects like Hudson Yards and the Thomas Heatherwick-designed Lantern House (both offering luxury residences) show how the area is regenerating following the opening of the famous Highline park trail.

For those who prefer central Midtown, there’s another New York landmark that would-be residents can own a piece of. Nestling among New York’s most fashionable boutiques on Madison and Fifth, the Towers of the Waldorf Astoria Hotel are being converted into luxury condo residences with a coveted Park Avenue address.

This area in Midtown has “benefited from US$35 billion in recent commercial and infrastructure investment … and it’s become a popular area for those seeking a Manhattan pied-a-terre,” says Dan Tubb, the Waldorf Astoria’s senior sales director. Tubb has had more than 8,000 inquiries from around the world, with many potential buyers lured by the hotel’s heritage and address.

Completed in 1931, the Waldorf Astoria was the largest and tallest hotel in the world at the time. A beacon for the glamorous global elite, over the years it hosted the likes of Frank Sinatra, Winston Churchill, Queen Elizabeth II, Grace Kelly and Marilyn Monroe.

“The Waldorf Astoria has a forever-lavish aura,” says Deniot of the project. “The interiors will reflect the magnificence of the past mixed with today’s greatsense of energy. They will be grand and playful — all highly inviting.”

Tubb says that buyer interest in these residences has skyrocketed since New York’s bounce back. It’s another development with a triumphant range of amenities and services, encompassing a pool, gym, spas and workout rooms, a salon and library, billiards and games rooms, private offices, co-working spaces and a theatre for screenings or performances.

“There are 50,000 square feet of private residential amenities, and none of this is shared with the hotel,” says Tubb. The Waldorf even hired famed auctioneer and art dealer Simon de Pury as an in-house resident art curator. And for added comfort, there are private dining rooms and catering kitchens for events, as well as wine storage and 24-hour valet service for the Towers’ residents.

These all point to a new apex of contemporary luxury for New York’s residential market. In the city that never sleeps, supercharged, super-serviced condos are appealing to wealthy American and international clients alike. Whether it’s a pied-a-terre or a primary residence, the likes of the Towers at Waldorf and One Wall Street are setting a new bar in New York’s prime addresses and landmark buildings.

“Art Deco has influenced our modern style of living more than any other period”, says Rundhaug. “In the 1800s, it was more townhouses, smaller rooms and salons — and, of course, people had grand apartments and homes too. But what happened here in the Deco time is that they took all that design, they simplified it and they made it feel timeless.”

So there we were in the last days of 2021, still gawping at historic Art Deco architecture and Deco-inspired contemporary designs. The striking geometries, stylised curves alongside stylised florals and speed lines — the biggest and boldest of new luxury residences still lean on that captivating visual nostalgia. It’s a timeless aesthetic ingrained into New York’s character but offers plenty of fresh flair — just look to the majestic 9,000 square foot Red Room at the grand lobby of One Wall Street.

Restored to its full glory after 16 months and US$1 million, the former banking hall features a mesmerising mural of oxblood, orange and gold mosaic, designed by celebrated American artist Hildreth Meière. Shimmering with glorious energy and possibility, it somehow reminds us of what Carrie Bradshaw stated in the original Sex and the City series: “Anything is Possible. This is New York.”