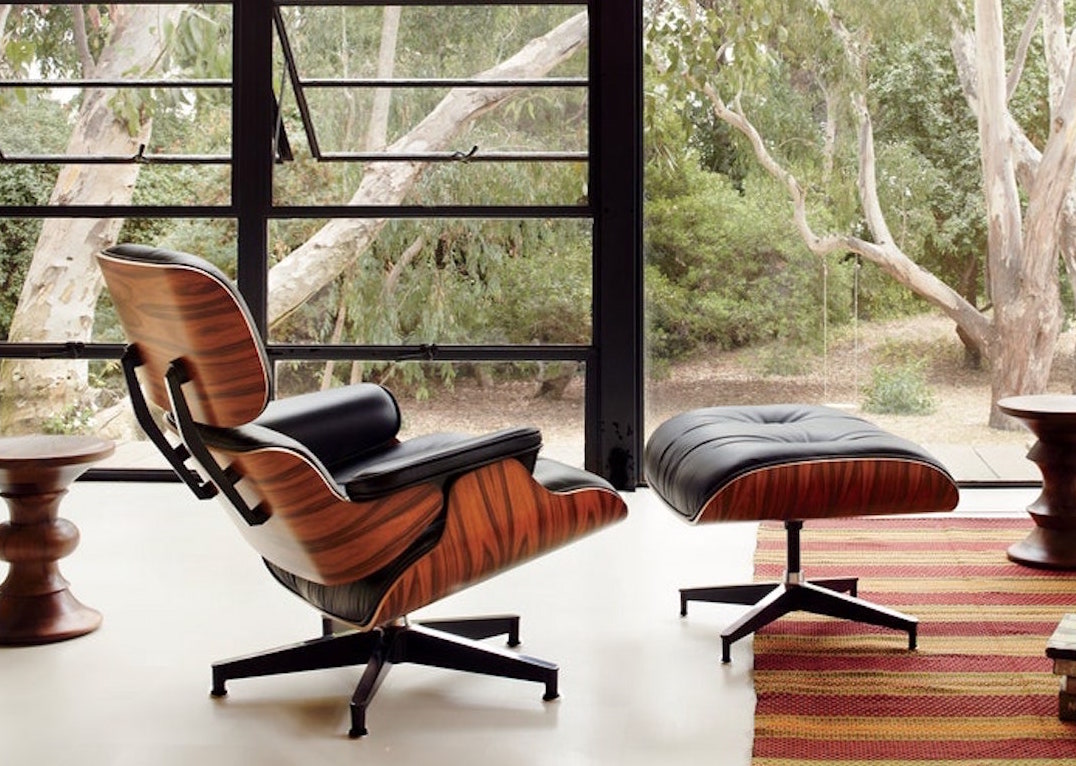 #PrestigeLiving: These Are the 10 Most Well-Recognised Chairs of All Time

Pursuits
#PrestigeLiving: These Are the 10 Most Well-Recognised Chairs of All Time
Share
Next article

To the untrained eye, chairs are a seemingly mundane object: expressing human beings’ need for functional seating in the various public and private settings life throws at them. And yet, throughout history, few pieces of furniture have stirred the heart and fired the imagination quite like the humble chair.

On a conceptual level, the exercise of designing a really good one transcends concerns of a technical nature. The process become something akin to an artistic process. Material innovation, practicality, beauty of form, craftsmanship — when done right, a great chair has it all.

Unsurprisingly, the heyday for such creations was the 40-year interlude between the 1920s and 1960s. The convergence of technological innovation and a widening of the European/American middle classes led to the emergence of the artistic movement known as ‘Mid-Century Modern’: the influence of which can still be felt today — in everything from our skyscrapers to pop culture. Naturally then, numerous chairs designed during that era have achieved the reputation of modern classics: here are 10 which we’re positive you’ll still be hearing about in 100 years.

Popularised by a 1985 advertisement for TDK Maxell cassette tapes, the ‘Grand Confort’ (or “cushion basket” as Le Corbusier himself liked to call it) made its auspicious debut half a century prior. Designed in tandem with architects Charlotte Perriand and Pierre Jeanneret, the Confort is in and of itself the epitome of simplicity: An elegant, open-worked chrome frame that is capable of being separated from the adjoining upholstery. Today, authorised Italian-made replicas may be purchased from Cassina and are available in a variety of single or multi-person configurations.

For champions of modernism, ideas didn’t just come from obvious, consistently mined sources like biology or built structures. In the case of pioneering Irish architect Eileen Gray, her ‘Transat’ chair was inspired by the deck seats of a transatlantic steamer. The frame was shaped using complex joinery and held in place with a series of chromed brackets. Meanwhile, the headrest and load-bearing part of the seat consist of separate pieces. Despite the relaxed look, Gray’s design isn’t a simple template capable of being copied on a mass scale, with those in excellent condition frequently fetching high prices.

Like many of his Bauhaus contemporaries, Marcel Breuer sought to recontextualise traditional European arts and crafts for the modern era. This lifelong mission culminated in two of the most important furniture designs of the 20th century: The ‘B32/Cesca’ and ‘Wassily’ (more on the latter in a moment). Consisting of two pieces of solid beech fitted with woven cane inserts and affixed to a steel frame, the Cesca is one of the first modernist furniture designs to “exploit the possibilities unique to [its] material.” The bouncy, somewhat levitating sensation users get whilst seated has become almost as iconic as the chair’s cantilevered frame — explaining why it’s still so popular in 2020.

Under the broad remit of ‘modernist’ design, many enthusiasts have narrowed their focus to that movement as it appears in specific countries: Lovers of American modern have Eames, fans of Finland have Saarinen and those who gravitate towards Denmark will have heard Finn Juhl’s name crop up incessantly. The KADK alum’s magnum opus is undoubtedly the ‘45’ — an open-frame design that debuted at an exhibition held by the Copenhagen Cabinetmaker’s Guild in 1945. Easily one of the most comfortable chairs on our shortlist, it remains unrivalled to this day for how it mixes organic forms, sublime materiality and cradle-style ergonomics — the result of Juhl’s many years of research into posture dynamics and the ideal seat shape.

Many of the iconic modernist designers sought to marry pre-existing furniture styles with thoroughly up-to-date notions of ‘function.’ Hans Wegner’s ‘Papa Bear’ chair, which takes the basic tenets of the English wingback and sieves them through a Danish filter, is the obvious case study. Though somewhat smaller than its spiritual forebear — and nowhere near as streamlined in appearance as the chairs of Mies van der Rohe or Arne Jacobsen — the Papa Bear is an unrivalled fusion of traditional Scandi craft and nuances in form. It is, in a word, the sort of chair which ‘swallows’ its sitter whole — in a good way.

When it first debuted in 1960, Verner Panton’s ‘Stacking Chair’ introduced a number of firsts to the world of furniture design: it was the first single-form, single-material chair to be produced using an injection mould — which helped to optimise it for full-scale production some eight years later. Today, this groovy vision of lacquered polyurethane is still produced by Vitra and will set you back a cool HK$14,000 (approx.) for a single unit.

Named after the setting for the 1929 Industrial Exposition, the Barcelona Chair is among German architect Ludwig Mies van der Rohe’s most influential furniture designs and widely considered an icon of the modern movement. The chair was a centrepiece for Mies’ own pavilion at the Barcelona Industrial Expo — reportedly inspired by his desire to create a resting place worthy of Spanish royalty. Feeding into Mies’ philosophy of “harmonising the old and new,” every Barcelona chair is an elevation of industrial material to an artistic plane. Since the 50s, the best reproductions have been made by Knoll: featuring a hand-buffed, mirror-finished frame (resplendent of Roman thrones) and upholstery cut from 40 individual panels.

One of the defining features of Scandinavian modernism (particularly of the Finnish variety) was a desire to depart from — or the very least, reinterpret — settled design conventions. In the realm of chairs, modernists such as architect Eero Saarinen sought clean and efficient solutions to the traditional four-legged construction — what Saarinen himself derisively referred to as “a slum of legs.” The Tulip was a response to that style’s perceived failings, characterised by a fluidly sculpted silhouette inspired by, yes you guessed it, flowers of the same name.

Yes, we’re well-aware that this is the second Breuer object to make our list, but honestly, between the Cesca and Wassily, it’s hard to settle on which had the most outsized impact within industrial design. Self-described by Breuer as his “most extreme work … the least ‘cosy’ and most mechanical,” the Wassily takes the basic conceit of a club chair and strips that back to its bare (verging on austere) essentials. Akin to a metal sling, the Wassily’s seat, arms, and back appear to cradle the sitter mid-air; with their body never touching the steel frame. Named for Breuer’s friend and fellow Bauhaus colleague, Wassily Kandinsky.

Whether your first brush with greatness came courtesy of a certain NYC apartment in Mad Men or a much-thumbed Herman Miller catalogue, nothing expresses the halcyon days of American modernism like the Eames’ ‘lounge and ottoman’. Imbued with “the warm receptive look of a well-used first baseman’s mitt,” the design emerged from Charles and Ray Eames’s experimentations with steam-moulded plywood. This expertly manipulated material forms the basis of the ottoman and Eames chair: ensuring that both provide a supportive resting experience, unparalleled comfort and improve with age.

Sign up to get the latest luxury and lifestyle news delivered to your inbox.
Design property decor Interiors chairs
Randy Lai
decor