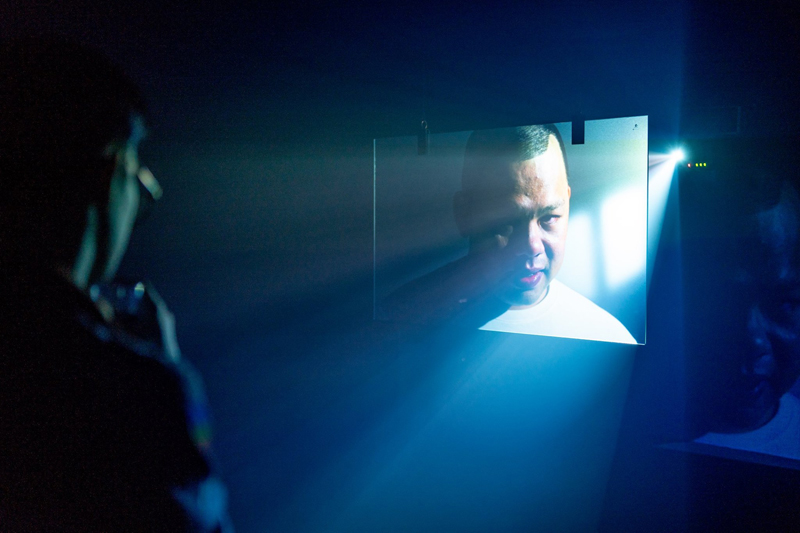 Up Against The Wall at Gallery Ver is Nuttapon Sawasdee’s gripping rendition of Stanley Kubrick’s critically-acclaimed war film ‘Full Metal Jacket’. The artist portrays Leonard Lawrence—aka Private Pyle—during a one-minute scene in which Private Pyle looks directly at his drill instructor before shooting him to death. Shot in slow-motion, Nuttapon’s video exhibition extends the one minute scene to last over an hour long, backed by an eerie soundtrack remixed by the artist.

“This is my rifle. There are many like it, but this one is mine.”

Known for drawing attention to commonly overlooked everyday objects from cigarette packs to public spaces and monuments, Nuttapon Sawasdee’s latest project explores similarities between Private Pyle in his one minute scene, and real-world situations that exist in today’s society.

‘Up Against The Wall’ will be on show at Gallery Ver until December 23, 2018. For more information, visit galleryver.com, or check out their official Facebook Page.