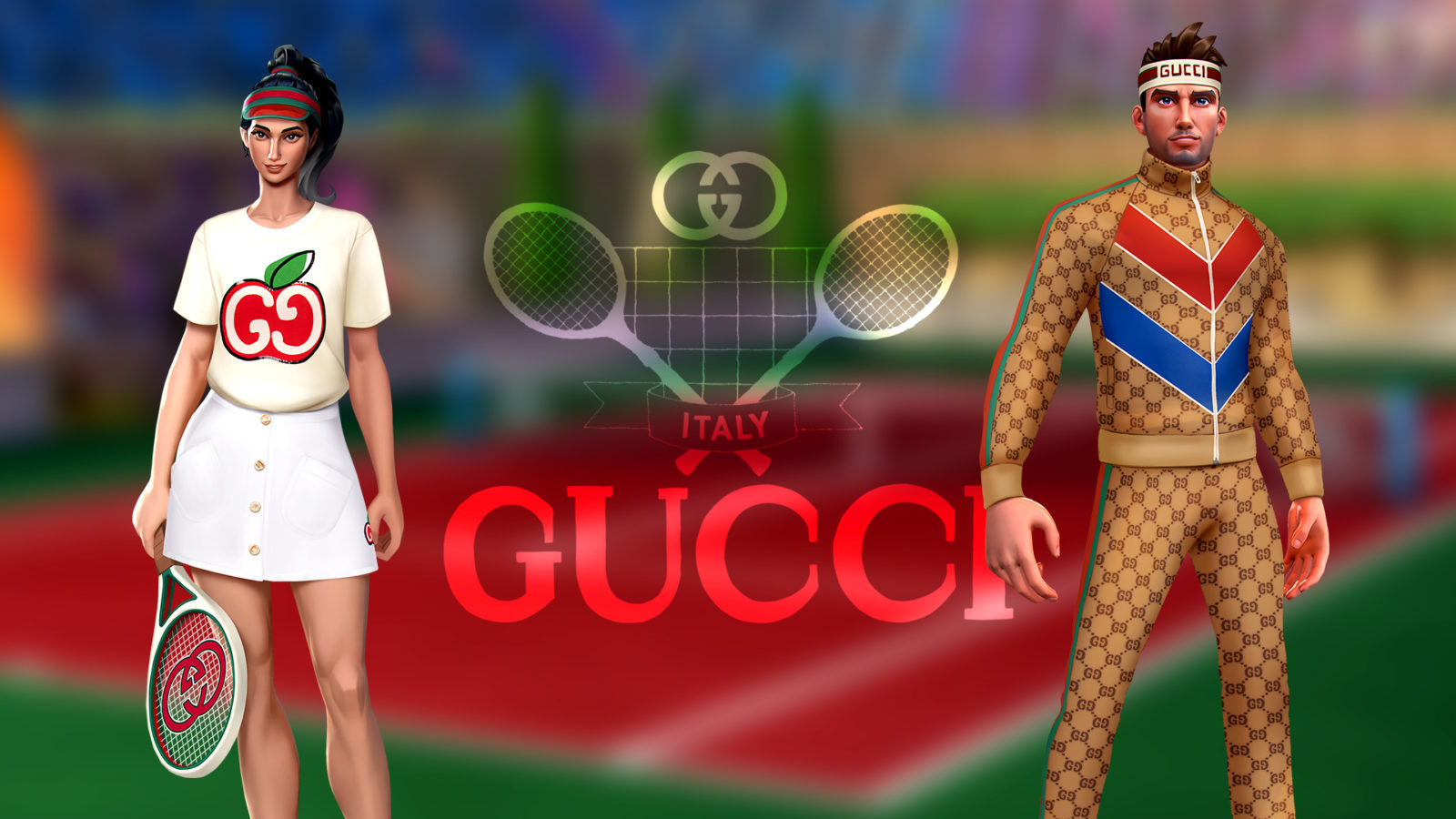 Gucci expands its gaming presence with a special collaboration with Tennis Clash, which will be made available on 18 June 2020. This special mobile game is created by Wildlife, one of the largest mobile game companies in the world.

Two characters have been created based on Gucci designs: Diana and Jonah, who each have two looks made up of shoes, socks, headgear, and clothing. Users can participate in Gucci Open, using a new Gucci branded tennis string. The new in-game tournament also allows users to compete against other players in a series of matches. The game merges reality with virtual world as participants can shop for the outfits worn by the characters via the Gucci website as well as take part in the house’s themed tournaments.

This isn’t the first time that Gucci has ventured into the world of gaming. The Gucci App boasts Gucci Arcade, which is dedicated to games like Gucci Bee, Gucci Grip, and Gucci Lips. Tennis Clash is one of the world’s most popular sports games, and is consistently featured in the top five of the App Store and Google Play.

Sign up to get the latest luxury and lifestyle news delivered to your inbox.
Nafeesa Saini
Gucci

Legitimate Platforms for Investing in Cryptocurrency