Exploring the History and Heritage of Escobar Premium Cigars 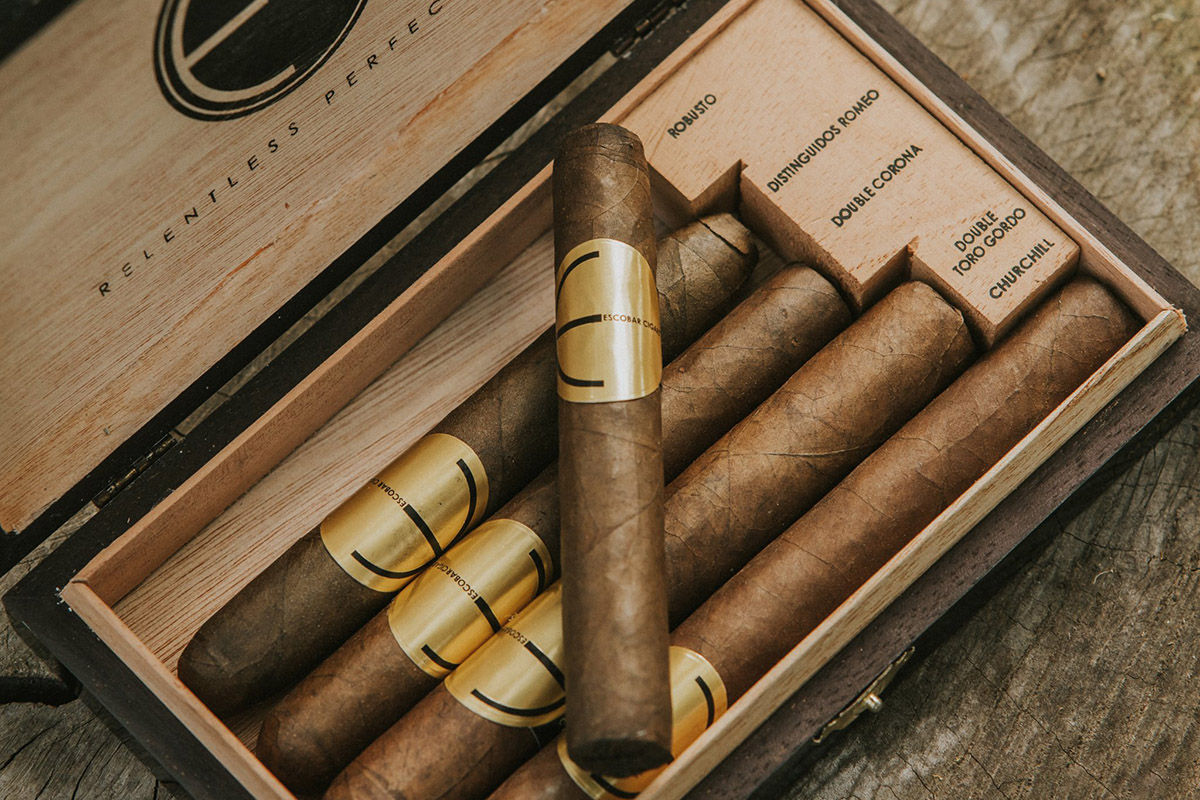 Escobar Premium Cigars is a boutique brand with Cuban growing and rolling traditions deep in its DNA. By keeping these traditions alive in its new home in Nicaragua, and by upholding the incredible high standards it takes to create a single premium cigar, Escobar has become an in-demand brand that’s now making forays into Southeast Asia.

There is an endless debate in cigar circles as to which country makes the best. For many, the mention of a fine cigar conjures up images of lush Cuban tobacco fields, but the truth is that any country with the right climate and soil conditions can produce a great cigar, and the rich volcanic soil of Nicaragua is a perfect example.

One of the most renowned producers in Nicaragua is Escobar Premium Cigars, a line inspired by traditional Cuban recipes and techniques that was first launched back in 2018. Combining a blend of three vintage sun-grown and aged Habano tobaccos, and a fermentation and aging process that only Puros Privados offers – knowledge gleaned from generations of skilled Cuban cigar makers – these are among the world’s best Maduro and Natural cigars found on the market today.

For those now asking themselves “what’s the difference between Maduro and Natural?”, the main difference is that the wrapper on a Maduro is darker than a Natural (or Habano) wrapper, usually deep brown or almost black in colour. The term maduro actually means “mature” or “ripe”, and so the signature quality of a Maduro cigar is often that it is richer in flavour and generally offers a stronger more full-bodied experience for the smoker.

The Escobar Maduro Premium’s tasting notes include chocolate and black pepper, as well as dry coffee and firewood that sticks strongly to the palate with delicious density, possessing the persistent flavour of roasted nuts and wood smoke. By contrast, the tasting notes of the Escobar Natural (Habano) Premium veer more towards vanilla, white pepper, dried fruit, cocoa and caramel. These flavours adhere strongly to the palate, with delicious density, and possesses the persistent earthy essence of leather and Chinese spices.

And while the tastes differ, both the Maduro and the Natural from Escobar deliver a perfectly smooth draw and a long lingering finish, and both are available in a range of sizes that includes Robusto, Churchill, Double Toro Gordo, Distinguidos Romeo, and Double Corona.

In addition to its prestigious Cuban heritage, Escobar Premium Cigars also have the clout of American music superstar Nas behind them. In mid-2021 the famed rapper became a co-owner, and has since helped the company re-brand and refresh its offerings – redesigning everything from the logo and wrapping, to the all-black packaging. A longtime cigar enthusiast, Nas was drawn to the exceptional quality and craftsmanship of the product, but also to the name itself, since ‘Escobar’ is an alias the rapper has used throughout his career.

More recently, Escobar Cigars entered into an exclusive ASEAN importation and distribution deal, meaning that the company’s range of Maduro and Natural hand-rolled cigars will now be available in Thailand via Cigar Emperor. This company, founded by Dr. Matthew T. Nekvapil, a longtime cigar afficionado, prides itself on being a one-stop quality hub for sourcing leaves, cigars, accessories and anything related to this industry across multiple ASEAN countries.

“It is a true pleasure to be exclusively working with the Escobar Cigars team,” remarked Suthep Taerattanachai, Cigar Emperor’s GM, who also runs MOAT, their Bangkok-based, private members cigar club (headquartered on Sukhumvit Soi 23). “These quality cigars are rolled perfectly to ensure a smooth even burn, with a depth of flavour and tantalizing aroma that tells a unique story. We are glad to bring this valuable addition to the Thai market and the premium cigars carried by Cigar Emperor.”