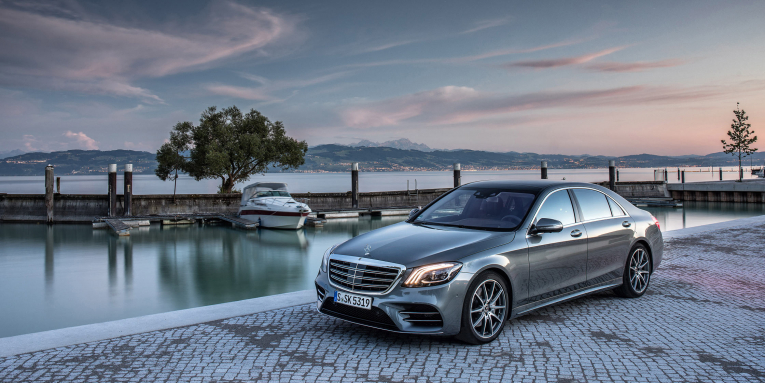 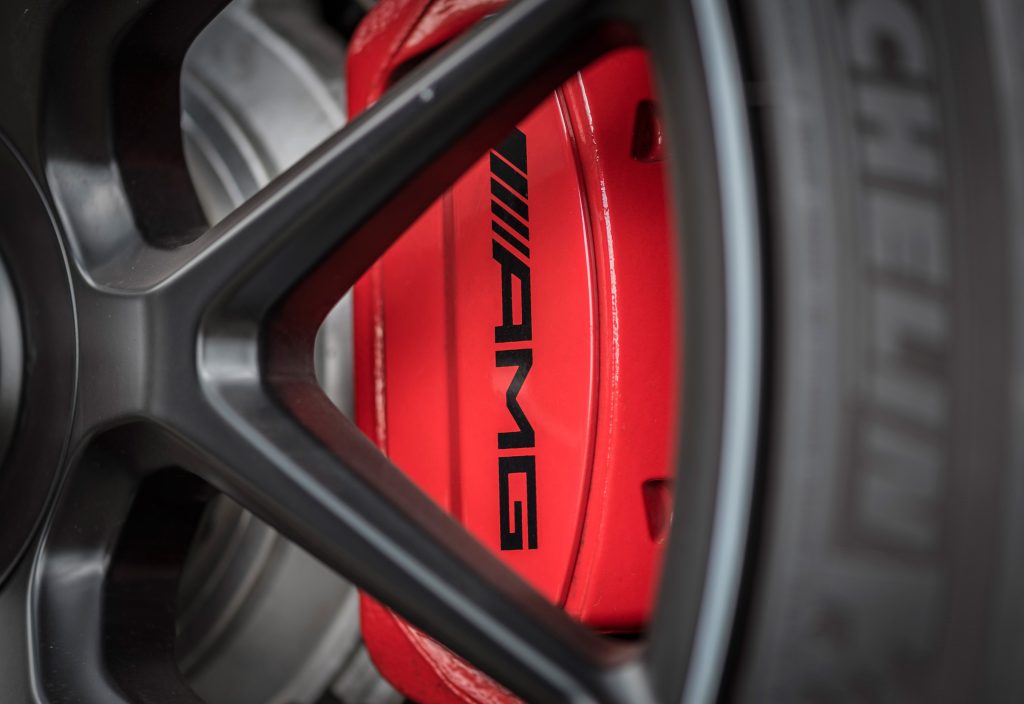 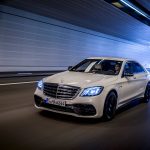 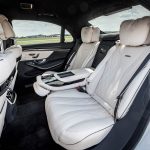 There’s a strong case to be made for the proposition that ever since the Mercedes-Benz S-Class emerged as a distinct model line in 1972, the German automaker’s flagship has served as the benchmark for every luxury saloon. For no other car has so consistently combined such class-leading technical innovation, engineering excellence, build quality, refinement, style, comfort and value for money as the big Benz, and few have embodied such cachet or that almost tangible air of presence and authority. Little wonder, then, that the S-Class remains not only the world’s best-selling luxury automobile but that it’s also the preference of heads of state and government, captains of finance and industry, the great, the good and – inevitably – a fair smattering of the not so good.

Take the current sixth-generation S-Class, which was introduced for the 2014 model year and is now roughly at the halfway point in its life. As is customary at this stage of the production cycle, it has just received a revamp – to be precise, and to quote the model line’s Director of Development, Dr Hermann Storp, some 6,500 components were revised for this mid-life refreshment, “from new engines to headlamps, night-view cameras and even the start button”, and all with a single objective in mind: “to build the best car in the world”. And though this refreshment has resulted in minimal alterations to its sleek and elegant exterior (look very closely and you might just spot the new grille, light clusters and bumpers), major revisions have been made to assistance and electronics systems as well as to powertrains, along with several highly noticeable alterations to the cabin.

Given the plethora of changes – so many, in fact, that one might almost regard this to be an entirely new model – it’s hard working out quite where to begin, though as good a starting point as any would be to focus upon what can’t actually be seen: namely, the latest iteration of Mercedes’ Intelligent Drive (ID). Of course, driver-assistance systems are evolving so fast that what seems breathtakingly innovative one week becomes old hat the next, but this latest offering has been so comprehensively massaged that it brings the technology of what’s essentially a three-year-old machine well up to the levels found in BMW’s considerably newer 7 Series and possibly even up to a par with those on board the soon-to-arrive Audi A8.

Employing information from cameras, radar and digital mapping, and further upgraded since its introduction on last year’s E-Class (which for more than 12 months could, in some areas at least, claim to be more advanced than its bigger and more costly sibling), the autonomous ID tech will now self-drive your S through corners and even roundabouts, change lanes on multi-lane highways, follow the traffic stream and regulate speed according to the route, conditions and powertrain mode. It will take evasive action should a pedestrian wander into your path at night and if, after 30 seconds, it senses no haptic, visual or acoustic activity on your behalf, it will also stop the car.

The S-Class is equally adept at parking, squeezing itself into far tighter spaces than you’d ever consider feasible – and all while you stand outside and watch (though sadly you won’t be permitted to do the latter in stuck-in-the-mud jurisdictions such as Hong Kong, where a bureaucratic resistance to change means that drivers must be seated at the steering wheel at all times, no matter how advanced their vehicle). And though I find that allowing the car to drive itself with hardly any intervention of my own can sometimes prove unnerving (which I admit is due more to a Neanderthal inability to adapt on my part than any systemic deficiencies), these remarkable technologies really do work, as I also learn during a lengthy workshop on a German former aerodrome.

The other key advances, as I’ve said, are to powertrains, with the adoption across almost the entire S-Class range of smooth-shifting nine-speed transmissions (only the handful of V12 models retain the old seven-speed), and the introduction of an entirely new 3-litre inline six-cylinder engine that will
serve as the basis for a family of power units with four- and possibly three-pot variations, both petrol and diesel and all sharing the same 500cc cylinder size. The 48-volt system of the S 500’s gasoline straight six enables an electric auxiliary supercharger to augment the more traditional turbo, thus offering lag-free power delivery. Among the other benefits of this “mildly hybridised” engine, which also features a beltless integrated starter-alternator, are improved output and fuel efficiency.

On a route from Zurich to the Black Forest and back – the kind of prosperous and peaceable environs that one imagines would be home turf for the S-Class – I drive a pair of V8-powered, all-wheel-drive models. The first, an AMG S 63 4Matic+ in a lustrous shade of matte metallic silver that Benz calls “designo allanite grey magno”, whisks me in fabulously unruffled comfort across the border to Germany, a locale in which I am far more at ease exploiting the 604bhp and 900Nm of its 4-litre biturbo than on Switzerland’s fiercely policed highways.

Thanks to that vast torque, which is modulated by AMG’s Speedshift multi-clutch gearbox, the S 63’s acceleration – 0-100km/h in just 3.5 seconds – is phenomenal, but what’s even more striking than the car’s sporting orientation is the serenity of its cabin. The electronic air suspension (air springs are standard across the range) is in a class of its own, while external noise generated around the pillars is nigh on nonexistent. Yet crucially that exquisite sense of refinement and ultimate relaxation is hardly dented when more aggressive driving modes are selected.

As with the E-Class, a high-definition virtual display now dominates almost two-thirds of the dash, its instrument and infotainment graphics offset by the 64-colour ambient lighting that extends throughout the passenger compartment. Seats, rear as well as front, are voluminous, adjustable in almost every direction imaginable, hugely supportive and massively comfortable, while an optional integrated system, which the company brands Energizing, networks climate control, chair and massage settings, lights and music into coordinated programmes. Insulated almost completely from the world outside in
this gorgeous cocoon, breathing in the rich scents of leather and fragrances developed uniquely for the car, you feel very privileged indeed when travelling aboard the latest S.

Trading down – if such a notion were possible when discussing the Mercedes sonderklasse – to a long-chassis S 560 4Matic, whose 4-litre twin-turbo mill in contrast produces a “mere” 463 horses, provides an experience that’s hardly less elevated or satisfying. While it lacks the performance extremes of the AMG it will still gallop to 100km/h in around four-and-a-half seconds, meaning you’ll probably never need a car that’s any more rapid than this. Its precise – if somewhat light – steering and tenacious grip provide a decent degree of involvement too, yet it wafts with the imperturbable aplomb of a limousine at its most luxurious, just as an S-Class should.

Meticulously engineered, beautiful to look at and exceptional to ride in, the new Mercedes-Benz S-Class is a towering achievement. Whether you’re driving it or being driven in it – or, as is now increasingly likely, it’s driving you – few contemporary cars offer their occupants so much comfort, refinement and pleasure, and even fewer seem so attuned to their needs.

So how can Daimler top this? When you pause to consider that huge teams of engineers and designers are already well on the way to signing off on its replacement, the mind can only boggle. But be in no doubt, when the next S-Class arrives, which should be around four years from now, top it they most certainly will.

CARS Mercedes Car
Jon Wall
Editor-in-Chief
A Hong Kong resident for more than 30 years, Jon has worked on publications devoted to culture, travel and lifestyle, as well as a short stint in daily newspapers, since the late ‘70s. He loves travel, literature, jazz, wine, aircraft and, especially, motor cars – and has occasionally been known to knock together a reasonably edible meal.
Motoring travel watches Boats wine Music men's style
Sign up to get the latest luxury and lifestyle news delivered to your inbox.

Here are All the Things You Can Buy With Bitcoin