Italian-based Antonini Navi has unveiled its first superyacht platform, the UP40 Crossover.

Almost before we knew it August is upon us, and with the prospect of balmy autumn weather just months away – perfect for cruising Hong Kong’s coastline or escaping much further away into the wide blue yonder – our thoughts begin to turn on the kind of boat in which we’d like to do just that. And the stunning new UP Crossover could well be exactly the one we’ve been looking for. Built at the Antonini Navi shipyard close to La Spezia on Italy’s Ligurian coast, the Crossover is the first of three vessels (the others are a Motoryacht and Sport Explorer) to be built on a modular steel platform that enables a range of concepts and configurations to be decided upon as the yacht is being constructed. It’s been designed in collaboration with award-winning marine architect Fulvio De Simoni, who says that it’s “a modern reinterpretation of classic boats designed for a precise function: simple forms with a strong personality clad in a versatile architecture open to customisation, designed to offer a simple and direct way to enjoy life at sea”. Testing of the UP40’s hull, which features generous freeboards (the distance between the waterline and upper decks) and a thoroughly contemporary bow design, was carried out at the Marin Maritime Research Institute in the Netherlands to extreme navigational conditions. Which means that in theory and within reason, this yacht should be seaworthy enough to transport you to just about anywhere. The 40.8-metre-long, two-deck vessel with a helm station on a conjoining half deck is available either with a fully open upper-deck that offers some 200 square metres of space and is most suitable for Mediterranean conditions, or one with an enclosed bridge and superstructure over part of the upper deck. The latter not only features extensive glass areas but also permits a 60-square-metre owner’s suite with private terrace. The lower deck can accommodate up to four double guest cabins, with a further five cabins for crew, while exterior areas both forward and aft can also be configured variously, with one option being the installation of an infinity pool at the bow. 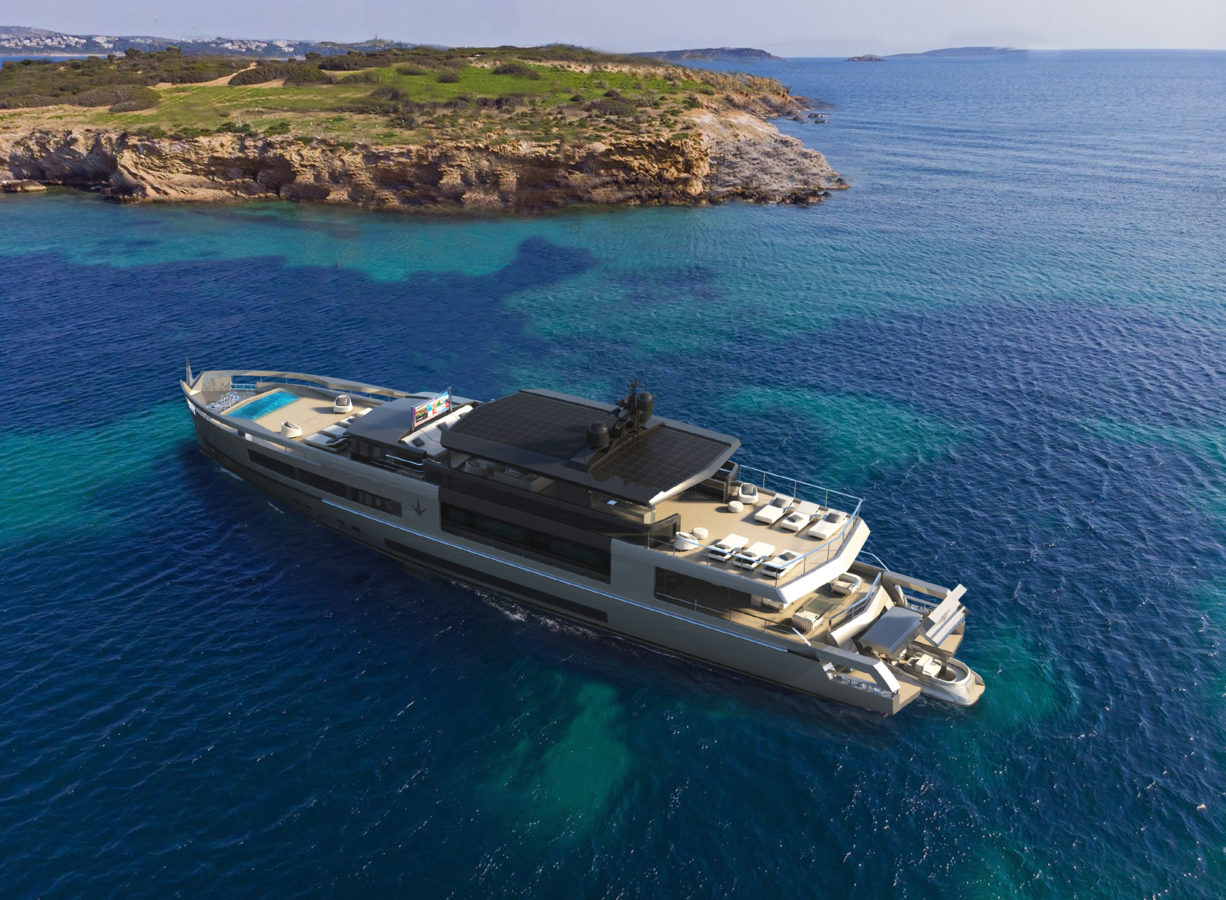 Powered by twin Caterpillar C18 diesels, which together provide some 1,770hp, the UP40 Crossover can travel at speeds of up to 15 knots (28km/h). More important for those of us who really do want to sail away from it all, its ability to carry up to 46,000 litres of fuel gives it a range of up to 5,000 nautical miles (9,260 kilometres) at a cruising speed of 10kt. Tahiti, here we come!

Sign up to get the latest luxury and lifestyle news delivered to your inbox.
superyacht Antonini Navi UP40 Crossover
Jon Wall
Motoring