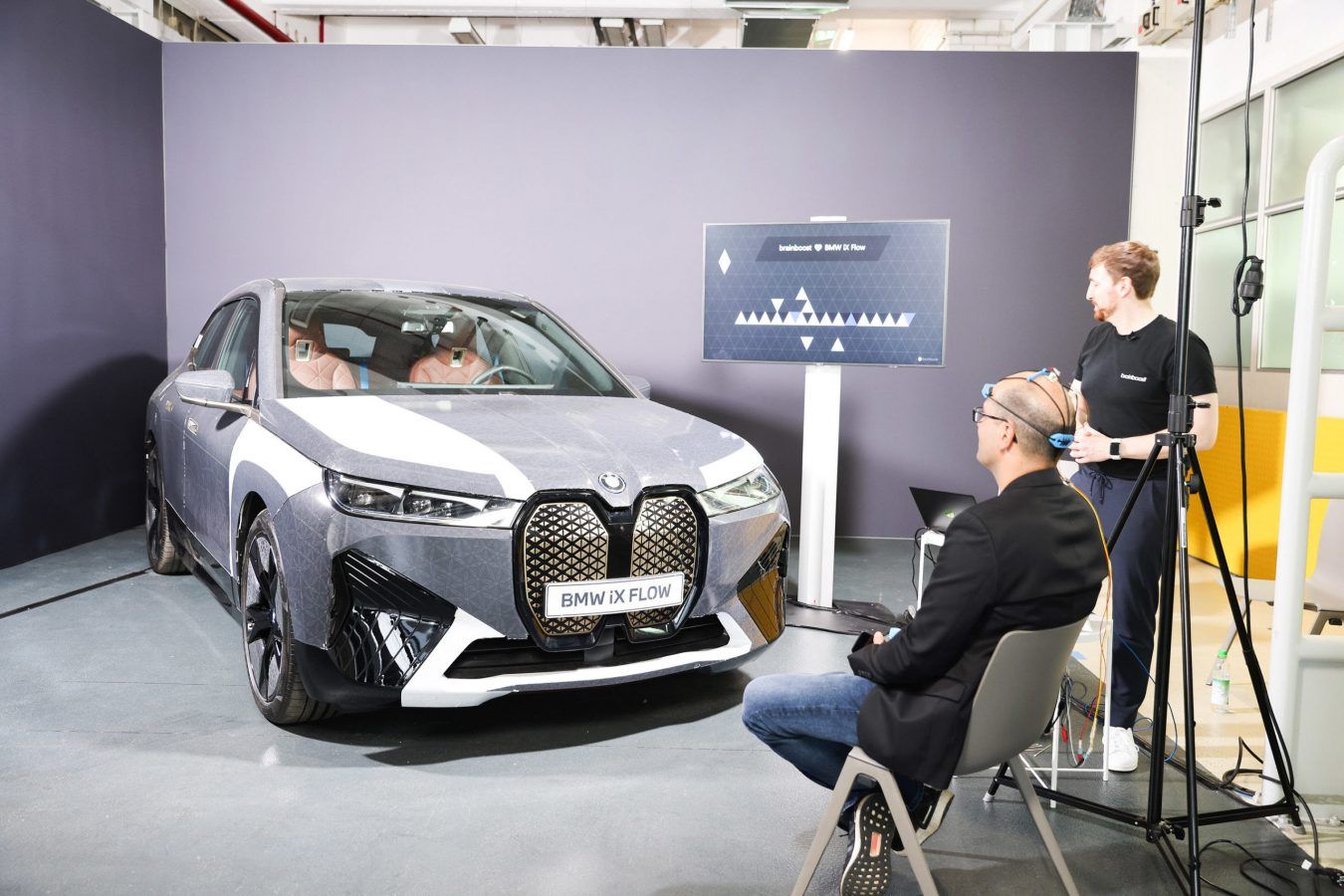 Proving that perhaps magic isn’t quite so far off after all, German automaker BMW showed that it was possible to change the pattern and colour of a car’s bodywork directly by human thought. If, for the moment, this remains experimental, it’s a technical feat that potentially opens up many new possibilities.

In January, BMW caused a sensation when it unveiled its BMW iX Flow concept at CES 2022 in Las Vegas. The concept features an innovative technology that changes the colour of the car’s bodywork at the touch of a button. With this vehicle, the German carmaker brings the bodywork to life thanks to a special custom wrap comprising several million microcapsules, with a diameter equivalent to the thickness of a human hair. When stimulated by electrical signals, they bring different coloured pigments to the surface, sometimes black and sometimes white. This technique can be used to display different patterns, in addition to completely changing the colour of the car’s bodywork. 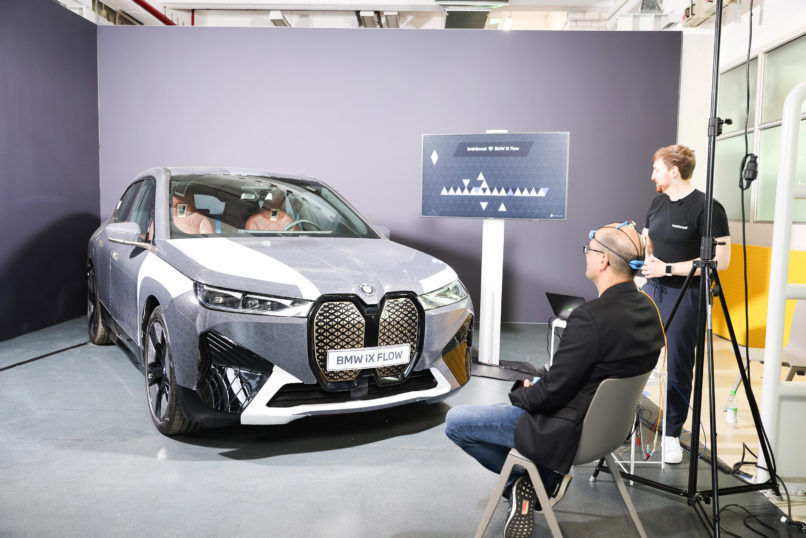 Now, the German carmaker’s engineers have gone even further. With the help of a startup called brainboost, they recently staged a demo at the firm’s Munich plant showing how human brain activity could be used to change the colour pattern of a car’s bodywork.

To do this, they literally connected the car to the brains of human “guinea pigs” using an electroencephalograph (EEG). This records the electrical activity of the brain, which was in turn reflected in the colour patterns featured on the car’s bodywork. The higher the level of brain activity, the more the different colour patterns on the BMW iX Flow reacted and changed. Then, as brain activity decreased, the changes in patterns on the iX Flow became calmer and more rhythmical.

The technology is still evidently a long way from finding a practical application, but these tests could nevertheless pave the way for all kinds of new possibilities and potential interactions between the human brain and machines (even if that does involve wearing a dedicated helmet). If this type of technology were to develop, it could allow drivers to personalise the colour of their car to suit their moods, with a simple press of a button or, perhaps one day, by the power of their mind.