The Italian phrase la dolce vita translates as “the sweet life” in English, and although this would have been a commonplace term in Italy prior to the 1960s, it was precisely in the year 1960 that it first entered the popular culture lexicon worldwide following the success of the movie La Dolce Vita. Directed by Federico Fellini, and starring Marcello Mastroianni, Anita Ekberg and Anouk Aimée, the film epitomised the prevailing mindset of the decade to come – that life should be lived to the fullest! And in 1960 there was probably no better place to experience la dolce vita than Rome, which was abuzz with movie stars, fashion icons, and no shortage of sophisticated celebrities. 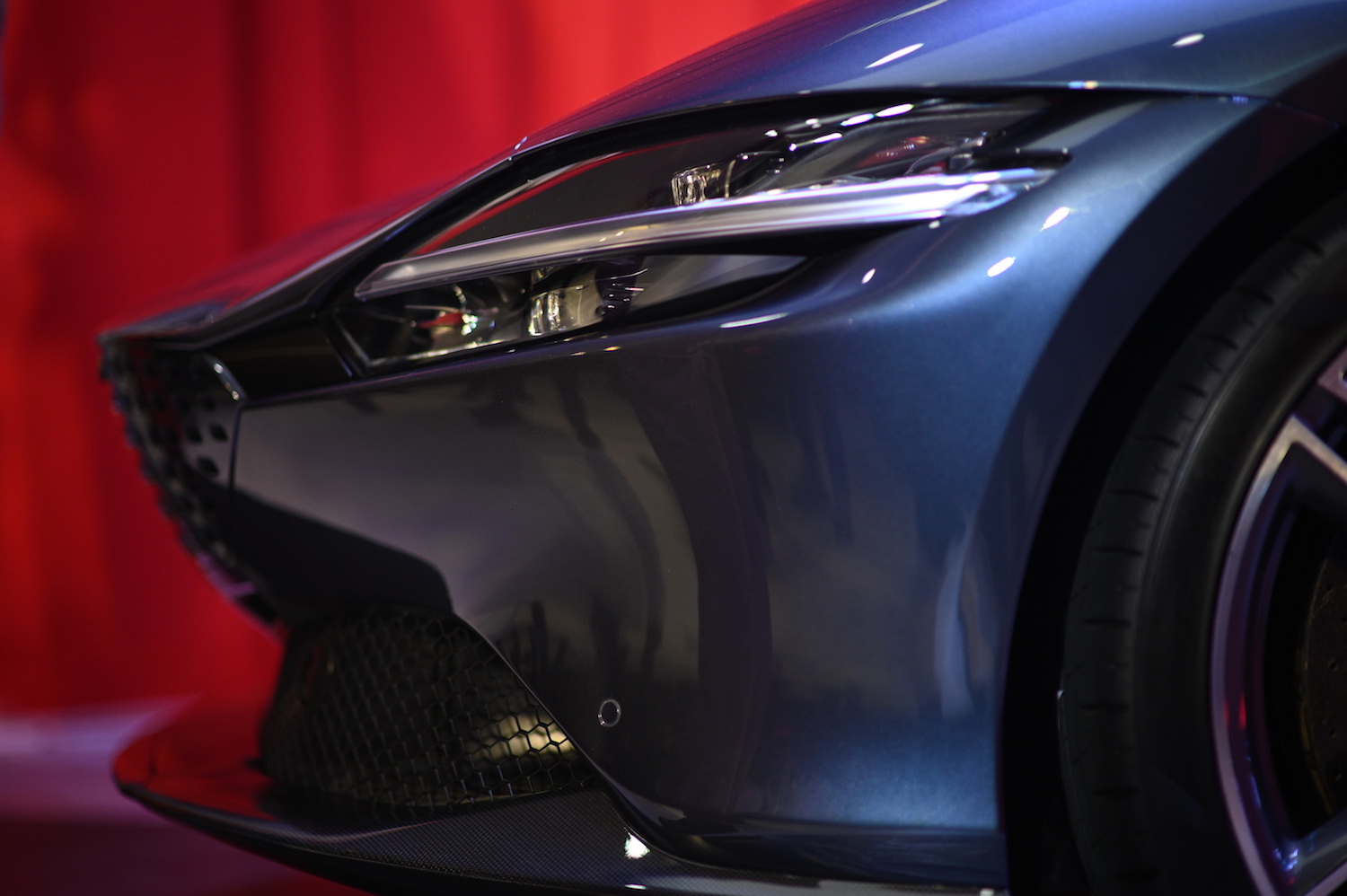 Fast forward six decades and this same spirit is back with the launch of the new Ferrari Roma, a grand touring car from Maranello featuring refined proportions, timeless minimalist design, and unparalleled performance and handling. Of course, keeping our post-pandemic situation in mind, the tagline for this magnificent supercar is the ‘La Nuova Dolce Vita’ (nuova = new), which conjures up the same carefree, pleasurable way of life characterised by Rome in the ‘50s and ‘60s, but now aligned to the global “new normal”. 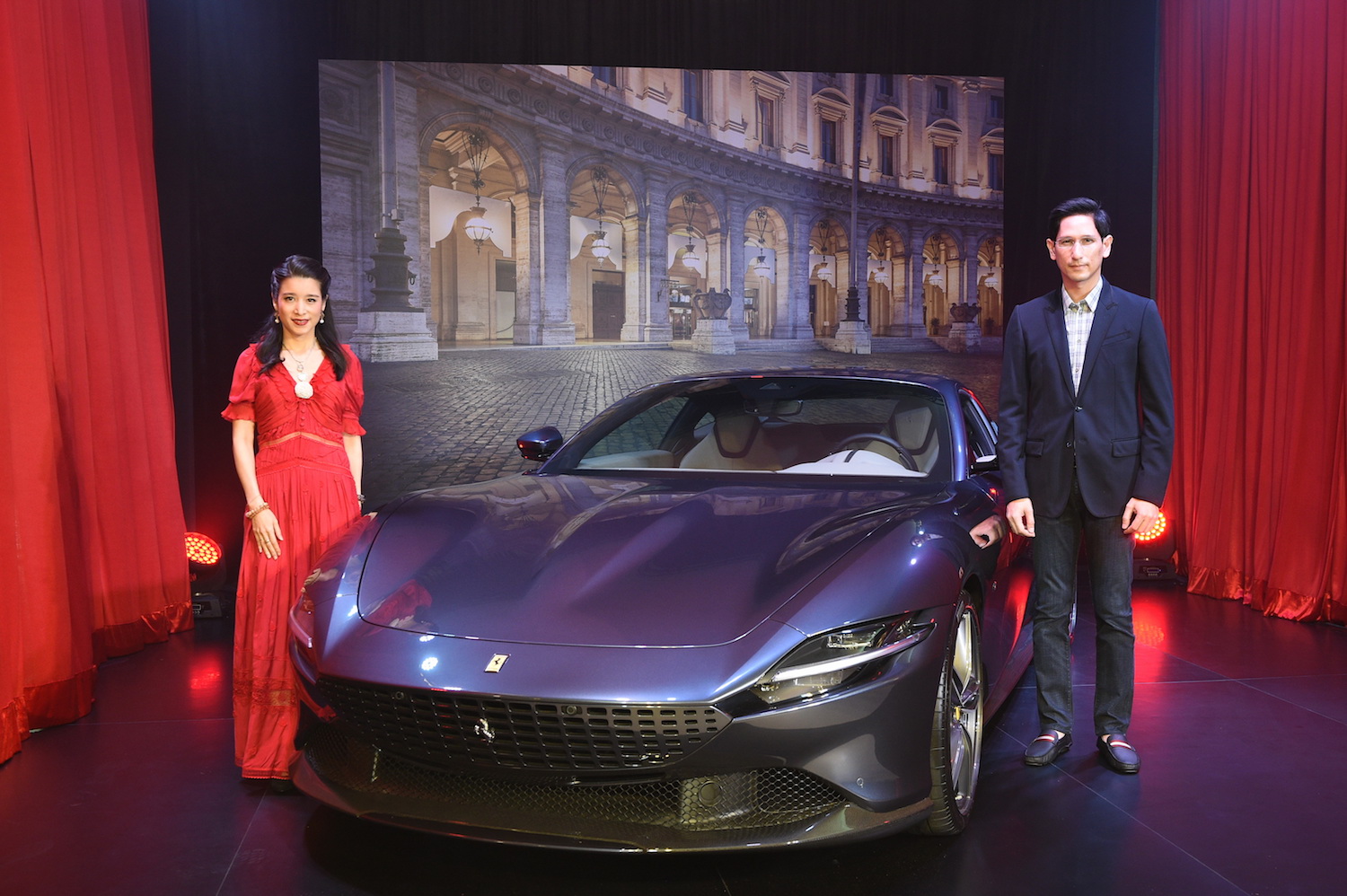 On June 9th, 2020, Cavallino Motors, the sole and official importer of Ferrari in Thailand, dazzled online viewers with the unveiling of the new Ferrari Roma during a live stream Facebook broadcast. The approximately half-hour presentation featured Akanit Wichiencharoen as MC, who spoke a bit about the La Nuova Dolce Vita concept before introducing Nandhamalee Bhirombhakdi, Managing Director of Cavallino Motors Co. Ltd., who told viewers more about the car’s incredible features.

“This equates to the legendary Grand Tourers with front-mid engine layout from the past, like the 250 GT, Berlinetta Lusso and 250 GT 2+2, which inspired the creation of the Ferrari Roma” she pointed out. “Its appearance combines the best of contemporary design with elegance, as well as the sleek, aggressive lines of Ferrari styling. With its distinctive flair and style, the Ferrari Roma offers discerning clients the finesse and refinement that brings the concept of ‘La Dolce Vita’ right up to date.” As for mechanical specs, this new coupe has a powerful V8 turbo engine – from the family of engines that has won the overall International Engine of the Year award for four consecutive years – that can push the car from 0 to 100 km/hr in 3.4 seconds, and hit 200 kph in 9.3 seconds. This same engine also features a Variable Boost Management system for instantaneous throttle response, and is coupled with the new 8-speed DCT gearbox that was introduced on the SF90 Stradale, offering quicker and smoother shifts. This makes it extremely agile on open roads, yet supremely comfortable when driven in stop-and-go city traffic. As for styling, the matrix LED headlights on the exterior, and the dual cockpit seats and Frau leather and Alcantara finishes on the interior are just the start. At the 10-minute mark, a video clip starring Dieter Knechtel, President of Ferrari Far East and Middle East, was shown, in which he described the vehicle as, “A formula 1 in evening attire.” His build up, together with a whimsical promotional video, definitely set the stage for what was to follow… the grand unveiling! As the red velvet curtain emblazoned with the Ferrari prancing horse icon was drawn back, the roar of the Ferrari Roma engine filled the room. 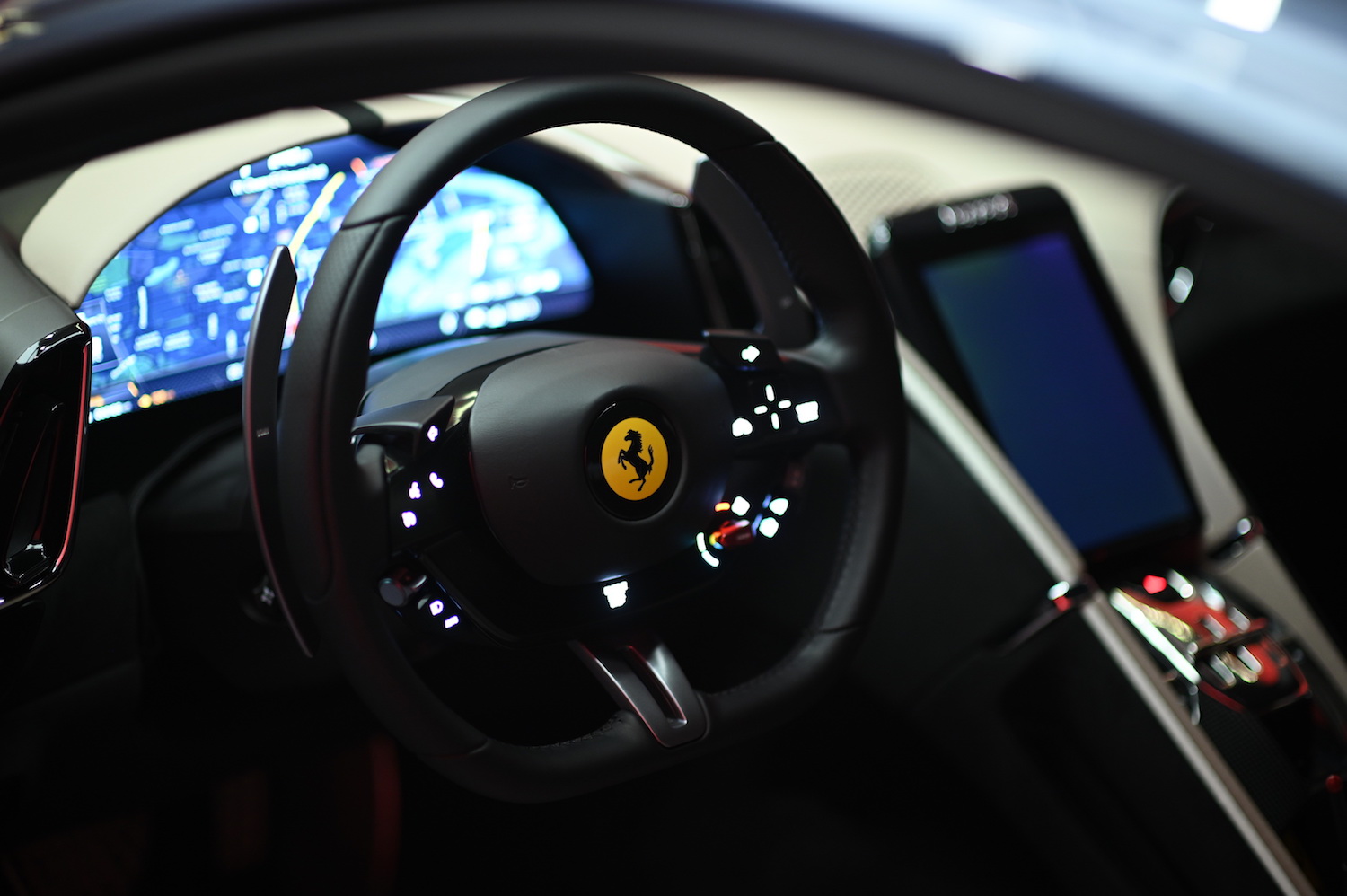 Standing next to the car upon its unveiling was Voravud Bhirombhakdi, Vice President and Executive of Cavallino Motors Co. Ltd., who was soon joined by Nandhamalee Bhirombhakdi, and then several members of the Ferrari Owners’ Club of Thailand. Afterwards, MC Akanit Wichiencharoen was joined by Nattaset Poonsapmanee, a Thai celebrity and proud Ferrari owner, and together they did a walkaround inspection of the vehicle. Viewers were shown the incredible exterior and interior styling of this jaw-dropping luxury automobile, including the 16-inch digital instrument cluster, and the exceptionally intuitive and user-friendly display with an 8.4-inch vertical screen that incorporates infotainment and climate control functions. 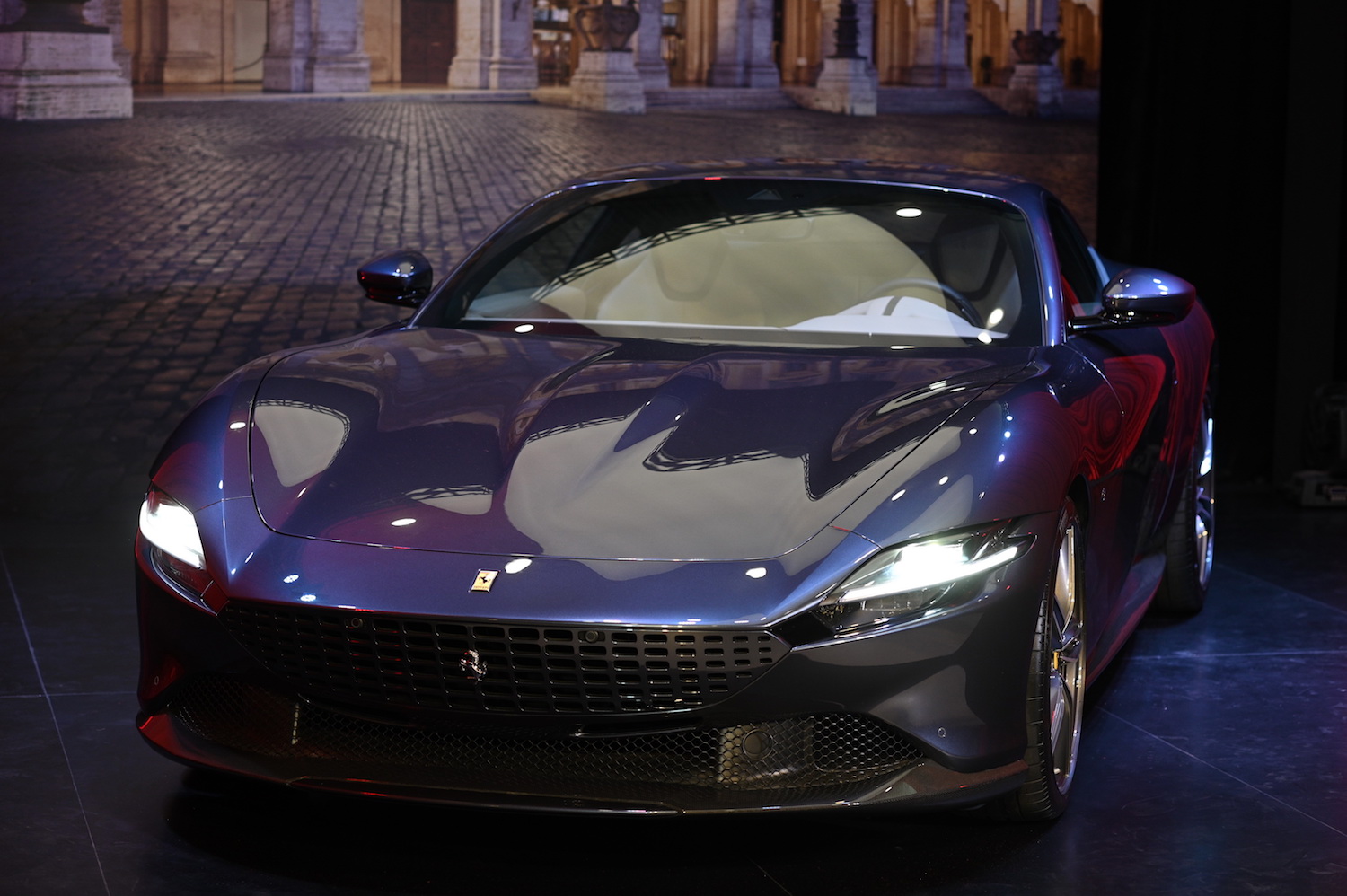 Viewers were then invited to experience the beauty and performance of the Ferrari Roma in a private and safe environment at the Cavallino Motors showroom on New Phetchaburi Road, from June 11th to 19th. “The new showroom has been created in harmony with the Ferrari Corporate Identity,” remarked Voravud Bhirombhakdi, adding that the space is reflective of the brand’s DNA, and shows the Ferrari styling through designs and materials such as graphics and memorabilia. 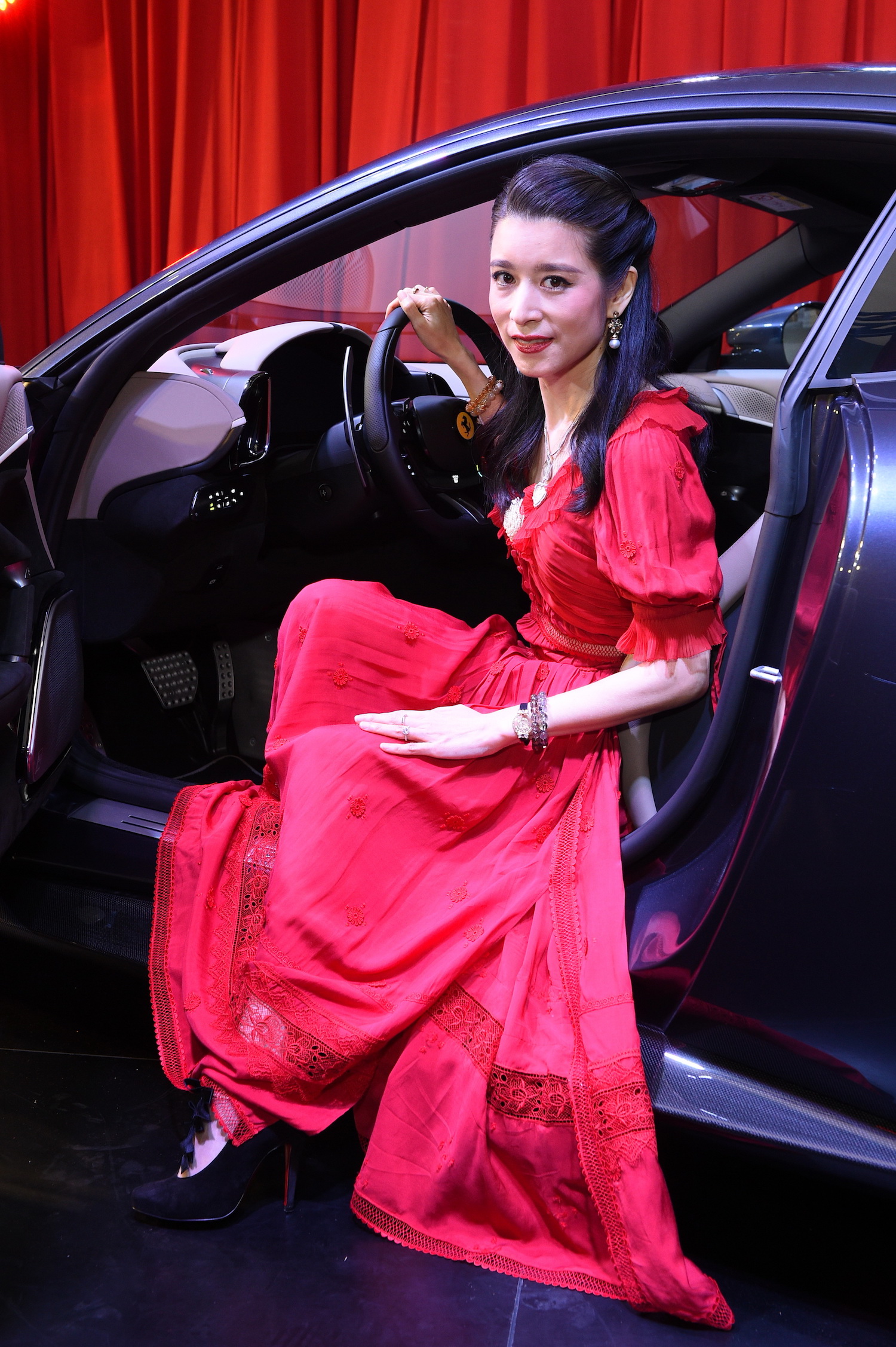 “After 10 years, we have carried out major improvements at our showroom, in order to give customers the most memorable experience,” he added. “In addition, we’ve increased the functions within the showroom to give customers a higher level of comfort and privacy.” He went on to say that Cavallino Motors had earlier achieved ISO 14001 and OHSAS 18001 environment and safety certification, which helps raise the level of confidence in safety for all customers during the age of “new normal”.

Retail pricing of the Ferrari Roma starts at THB 21,230,000, inclusive of 3-year/ unlimited mileage warranty that can be extended up to 15 years, plus 7-year free maintenance package.