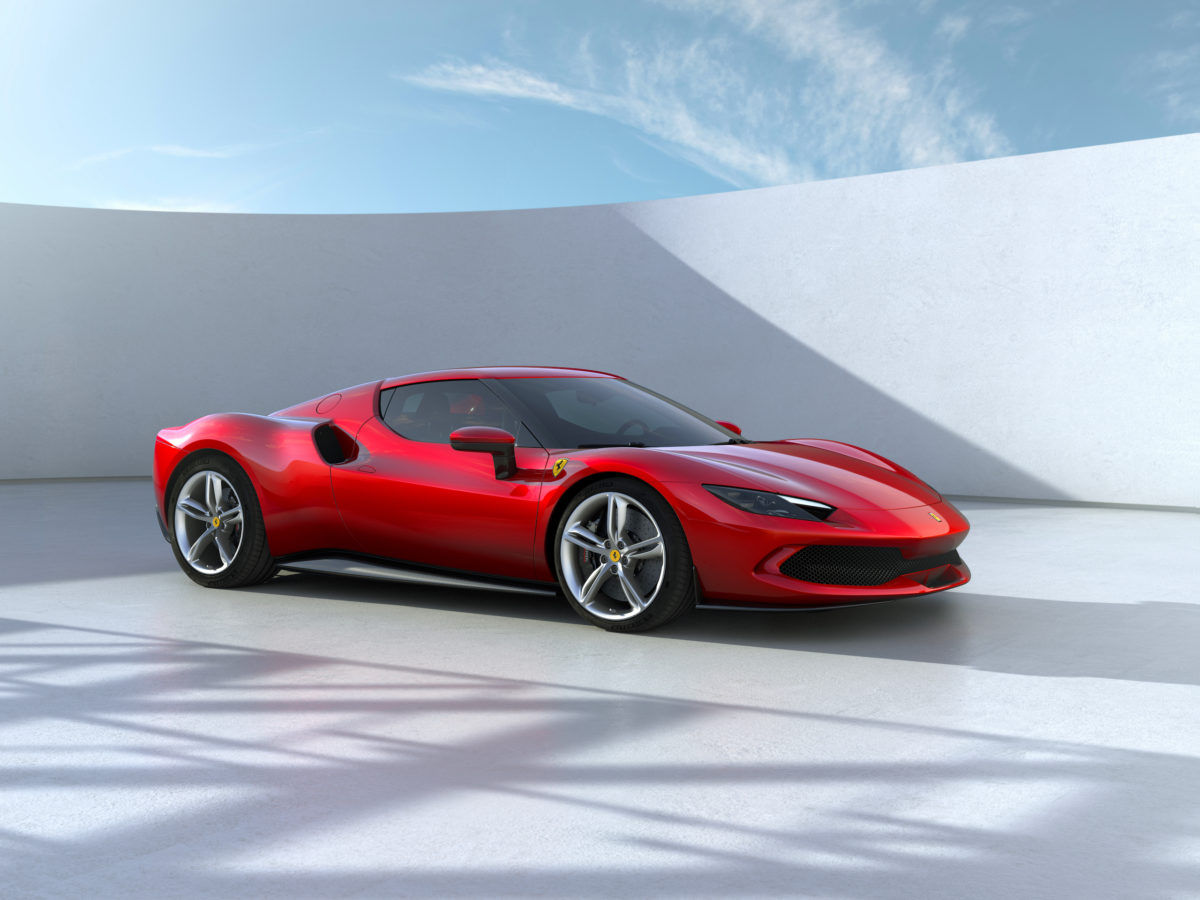 Unveiled in the metal just weeks ago, Ferrari’s new 296 GTB points the way forward for Maranello.

It’s not often I feature in these pages a car I haven’t driven, but the new Ferrari 296 GTB, which was unveiled in Hong Kong just over a month ago before being whisked away to be exhibited somewhere else, represents such a quantum leap for the brand that it simply can’t be ignored.

It is, in almost every respect, completely new; it’s extraordinarily beautiful for a modern-day, mid-engine supercar; it promises to deliver a driving experience that verges on the phenomenal; and as far as Ferrari itself is concerned it’s the physical embodiment of the next stage in the brand’s future.

But before we look forward, let’s go back about three or four years, to the time when word began to seep out from Maranello that the factory was developing a V6 power unit for a road car. Many assumed the engine would find its way into a 21st-century successor to the fabled Dino, the company’s lovely mid-engine sports car of the late 1960s, which was cheaper, more compact and lighter than the full-fat Ferraris of the time. Powered not by a V12 but a small-capacity V6, it didn’t even carry a single Ferrari badge (except for a plate hidden within the door aperture), though it was regarded by almost everyone as the real, pure-blooded thing.

With the arrival of the 296 GTB (those three numerals, incidentally, mean “2.9-litre six”), it now turns out that while the company was building a new V6, the car for which it was destined wasn’t a Dino – indeed, this newcomer could hardly be less “Ferrari-lite”. Instead, it’s an unbelievably potent hybrid supercar that can summon up a total output of 818bhp from its combined internal- combustion engine and electric motor, which makes it one of the fastest and most formidable road cars the company has ever made.

As with the rest of the car, Ferrari began work on the new engine – which probably represents the last family of fossil-fuel units used in its road cars – from an entirely clean sheet. Designed in a 120-degree configuration, which lowers its centre of gravity massively, the architecture of the turbocharged 2.9-litre six is unlike that of any other Ferrari engine; it’s also around 30kg lighter than the 3.9-litre V8 of the current F8 Tributo.

The engine’s shallow vee layout means that key ancillaries, including a pair of tiny fast-spinning (up to 180,000rpm) turbochargers, can be mounted between the two banks of cylinders, which vastly reduces the distances that engine gasses need to travel and thus improves efficiency. Throttle response is instantaneous and the power it produces – 654bhp, which works out at a record-setting 218bhp per litre – is almost beyond belief. Add to that a 160bhp boost from the MGU-K e-motor, which forms an integral part of the driveline between the engine and the eight-speed dual-clutch gearbox, and you can expect to reach 200km/h from a standstill in a little more than seven seconds.

One inevitable result of the hybrid drivetrain is a fairly hefty battery (though its weight is partially offset by the smaller engine), which provides sufficient juice to power the car at speeds up to around 180km/h over a 25km distance in fully electric mode. As with the petrol engine, electricity drives the rear wheels only, which should delight the all-wheel-drive-averse purist.

Naturally, the 296 GTB is loaded with all manner of driver-friendly software, an area in which Ferrari has so excelled in recent years that it’s probably head-and-shoulders above any other manufacturer; in fact, the 296 gets the full suite of electronics, from the latest version of Side Slip Control to a Six-Speed Chassis Dynamic Sensor that monitors acceleration over three axes

And then there’s that gorgeously slippery body, which the sharp-eyed will already have noticed is pretty much devoid of unsightly extrusions or orifices. Although scientifically developed in the wind tunnel, it bears all the hallmarks of a great artist at work – you’ll certainly have noted the uninterrupted sweep of the bonnet, but not the ingenious vents built into the headlamp units that direct cooling air straight to the front brakes, nor the front intake “tea-tray” that maximises downforce over the nose.

And as for the air scoops leading to the curvaceous rear hips, they’re inspired by the great 250 LM racers of the mid-’60s. Oh yes, and the rear wing – there isn’t one. Instead, a clever active spoiler built into the tail adds an incredible 100kg of downforce to the back end.

I could go on, but I’ll wait until I’ve driven it before I do. In the meantime, do what I did. Feast your eyes on the Ferrari 296 GTB – and dream.