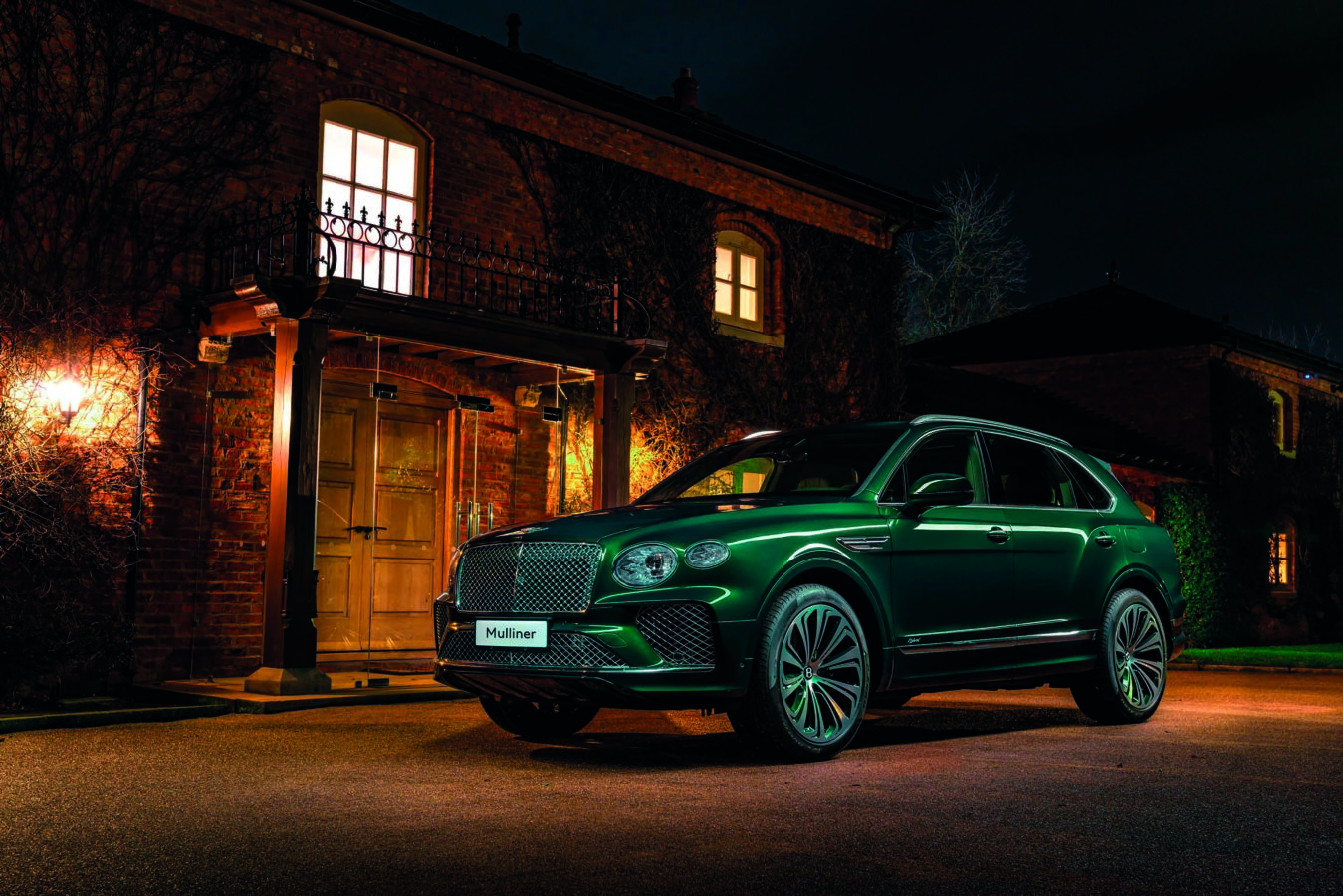 The latest hybrid version of the Bentayga luxury SUV eschews outright performance and roadability for refined comfort and moderate gains in fuel economy. 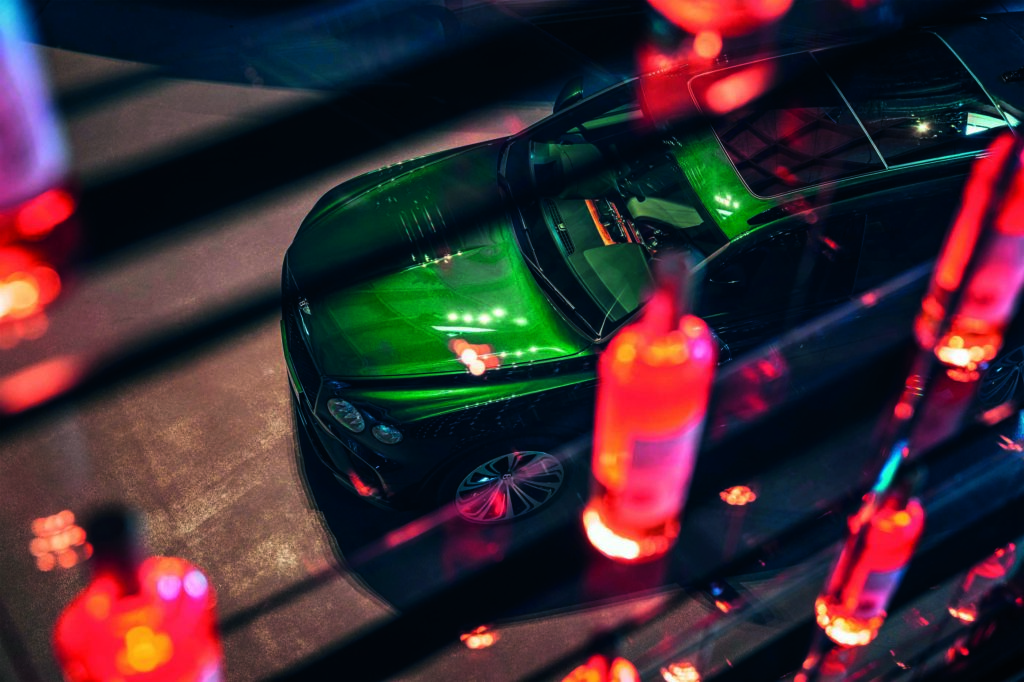 Two months and two posh SUVs, one from Aston Martin and this month’s car from Bentley. You could argue they’re almost dead ringers for each other: both are from archetypally British brands with a reputation for luxury and sportiness, both have considerably more than a modicum of German engineering beneath the skin, and both occupy roughly the same price point – if you want to nitpick, even their logos are similar. But after driving both, I’d argue they could hardly be more different.

You see, the Aston Martin DBX we reviewed in the September issue of Prestige was fettled with an old-tech, purely petrol power unit, whereas the Bentley Bentayga Hybrid you’re reading about now has been partially future-proofed through the hefty and eco-friendly wallop of electricity that accompanies its traditional hydrocarbon-burning engine. Thus, it represents a modest but significant first step towards the total electrification of the entire Bentley fleet, a goal the company’s VW owners have fast-tracked it to achieve in just nine years. And that means we’ll soon be waving a tearful farewell to the magnificent W12 and smaller but hardly less impressive V8 engines that have delighted us over the past couple of decades. It’s an ambitious target, especially as the company only embraced hybrid technology a couple of years ago, though as the Brits can draw from an enormous bin of parts produced by its Porsche and Audi stablemates, it’s by no means an insuperable one. Indeed, in the case of this hybrid Bentayga, the solution was right there in the form of a turbocharged 3-litre V6 engine mated to a powerful electric motor, a combination already in use on other SUVs from the VW group, namely the Audi Q7 and (whisper it) the somewhat less patrician Volkswagen Touareg. We’ll get back to that a little later. I was last behind the wheel of a Bentayga more than five years ago, on its media launch in Southern California to be precise, and as I watched my latest test car being gently unloaded from the flatbed transporter used to deliver it for my drive, I suddenly recalled just how massive the Bentley is. The relentless desert heat aside, what had stuck in my mind from that trip were the uncanny dynamic abilities the car displayed both on-road and off – we even drove our behemoths to a small racetrack out in the sticks, where they behaved with far more aplomb than a luxo-truck has any right to. Well, that and an interior more sumptuously palatial than I’d ever seen in an SUV (though more recently, Rolls-Royce has raised the ultra-SUV bar even further with the Cullinan). Perhaps being in the United States, where many road vehicles are the size of reasonably sized dwellings in other parts of the world, had blinded me to its size, but the Bentayga’s vastness had slipped from my mind almost completely. Since then, Bentley has treated the car to a mid-life massage both outside and in – we’re told it involved more than 1,000 upgraded components, though the most obvious differences from launch models are the revised front grille and lights, tailgate, oval rear lamp cluster and new wheel options, all of which are intended to align more closely with the current Continental GT, as well as a more up-to-date infotainment system with a larger and more legible touchscreen. In most other respects the Bentayga is as regal and ridiculously opulent as ever, with acres of top-quality swathed across almost every visible interior surface – and those few that aren’t covered in animal hide are agleam with highly polished wood veneer or metal.

On its introduction, the front end of Bentley’s SUV housed a twin-turbocharged 6-litre W12, whose 600 horsepower and 900Nm of torque were responsible for performance verging on the unbelievable – or at least for a vehicle weighing considerably more than a couple of tonnes. However, with a combined 443bhp and 700Nm from its V6 and electric motor (the latter is mounted between the petrol engine and the eight-speed dual-clutch gearbox), and a hefty battery pack that raises the car’s weight beyond 2,600kg, the Hybrid’s straight-line performance is inevitably less rapid, though neither its 5.5-second 0-100km/h acceleration time nor its maximum 254km/h top speed can be considered sluggish. In any case, focusing on outright performance does rather miss the point. 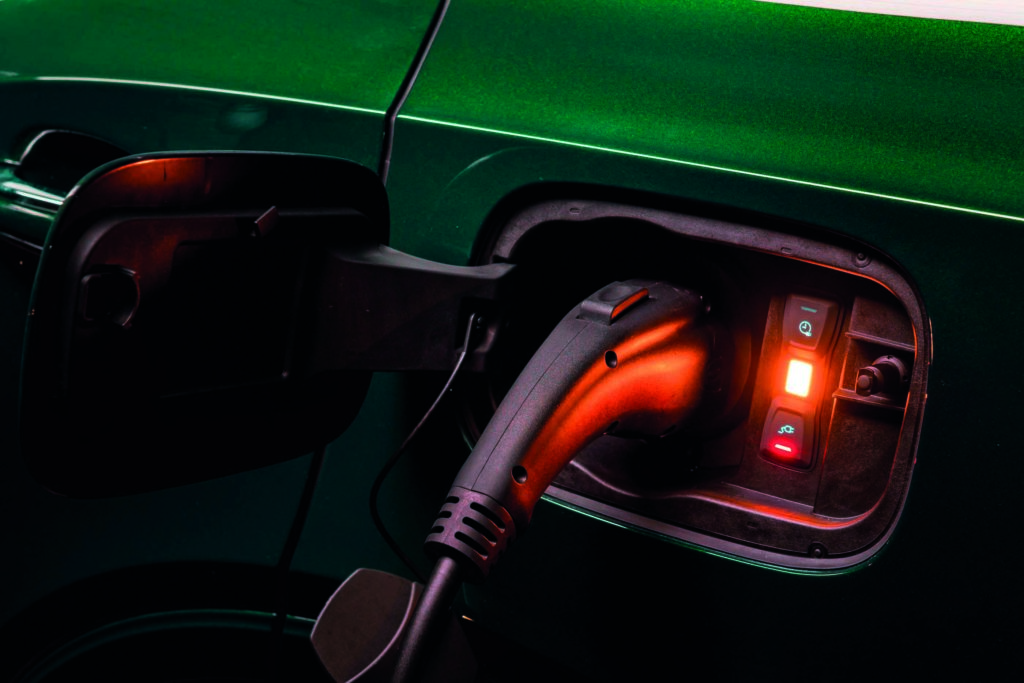 As a plug-in hybrid electric vehicle (PHEV), the Bentayga’s battery is considerably larger than a normal hybrid (HEV)’s and permits a greater electric-only range – in this case, it’s around 40km, which is perfectly adequate for average daily urban use. Unlike a regular HEV, though, a PHEV’s battery can’t be completely charged while being driven, so the Bentley requires plugging-in for a couple of hours or so to top up with the full whack of electrons – much as if it were a fully electric vehicle. The beauty is that it can theoretically be driven in town every day without using a drop of gas, but won’t leave you with range anxiety on longer journeys; the downside, of course, is in the emissions produced when the combustion engine cuts in.

On the whole, the Bentayga’s hybrid system works well, with three drive modes – from “EV” to “Hold” – and a further menu of “Comfort”, “Sport”, “Bentley” and “Custom”, which match the settings on a normal petrol-powered car; all can be selected via an elegant console-mounted dial. Driven on electric power only, the SUV accelerates smartly and drives even more silently than any self-respecting Bentley should; theoretically, it can reach speeds in excess of 130km/h without the assistance of gasoline, though in practice you’ll be drawing on the V6’s extra punch long before that – and especially on hills, where electricity simply isn’t up to the job. Yet when the battery is close to depletion and the V6’s relatively meagre 300-odd horses are doing most of the work, the engine’s limitations in terms of noise, smoothness, pulling power and fuel economy become hard to ignore. In other words, the Bentayga Hybrid is at its most refined best when it isn’t being hurried, and driven thus – as a large, relaxed and extremely spacious luxury cruiser – it’s very refined indeed.

To sidestep some of the compromises that inevitably result from its complex powertrain, Hybrid mode features a clever energy-saving function working in tandem with the sat-nav, which plots any given journey and decides how best to utilise electricity or petrol, even showing how well you’re doing on a real-time display. Obviously for the most economical results you won’t be exercising the V6 too energetically, but then nor do the car’s additional weight and the absence of active roll bars (which obviously have a negative effect on handling and body control) offer much incentive to press on either.

Indeed, for all its advanced technology, the Bentayga strikes me as a Bentley of yore: a lovely cocoon of beautifully made and sumptuously appointed luxury in which to be wafted from point to point in perfect calm and silence. Treat it as such and, whether your journeys are long or short, it will reward you in abundance. But if your idea of a car with the Flying-B on its flanks is one that gobbles up countries and even sizeable chunks of continents with ease, you’ll be looking at a V8 or even – God forbid in these eco-conscious times – a W12. Because for now, at least, you do have the choice.

This article first appeared in the October 2021 issue of Prestige Thailand.