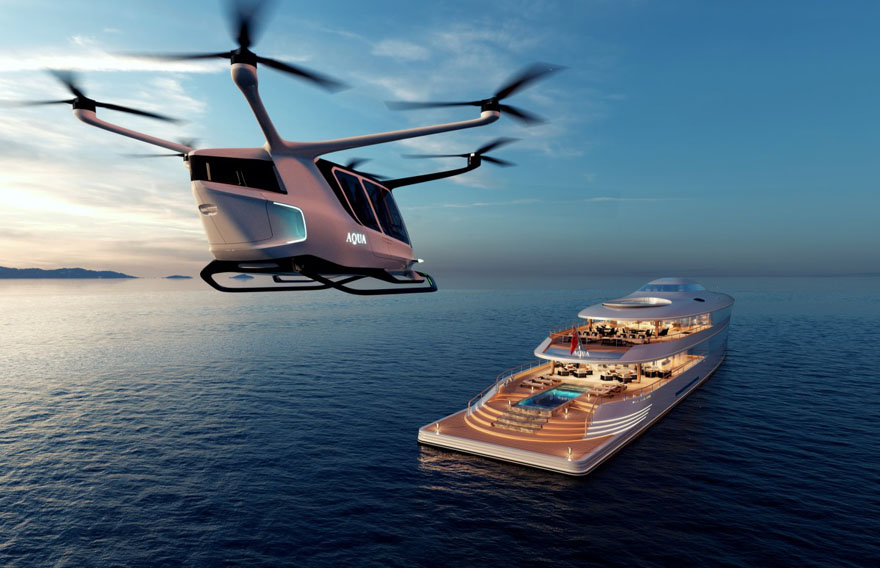 The world is finally getting a fully environmentally friendly luxury yacht. First showcased at the Monaco Yacht Show last year, the hydrogen-powered vessel was designed with the aim to inspire a greener future for super yachts. Valued at USD645 million, it was initially linked to American business magnate Bill Gates, whose net worth hovers around the USD113 billion mark. The brainchild of Dutch firm Sinot Yacht & Architecture Design, the makers have since dismissed the claims and insisted in a statement that the 370-foot vessel — fittingly named Aqua — “is not linked to Mr. Gates in any form or matter.”

The vessel was first showcased at the Monaco Yacht Show last year and was meant to inspire a greener future for superyachts. The model, when completed, is said to rely on hydrogen-electric systems instead of diesel engines, and will be equipped with its very own waterfall, helipad, infinity pool, spa and gym. And since the concept is still technically available, we thought it appropriate to take a closer look at this stunning eco-friendly superyacht.