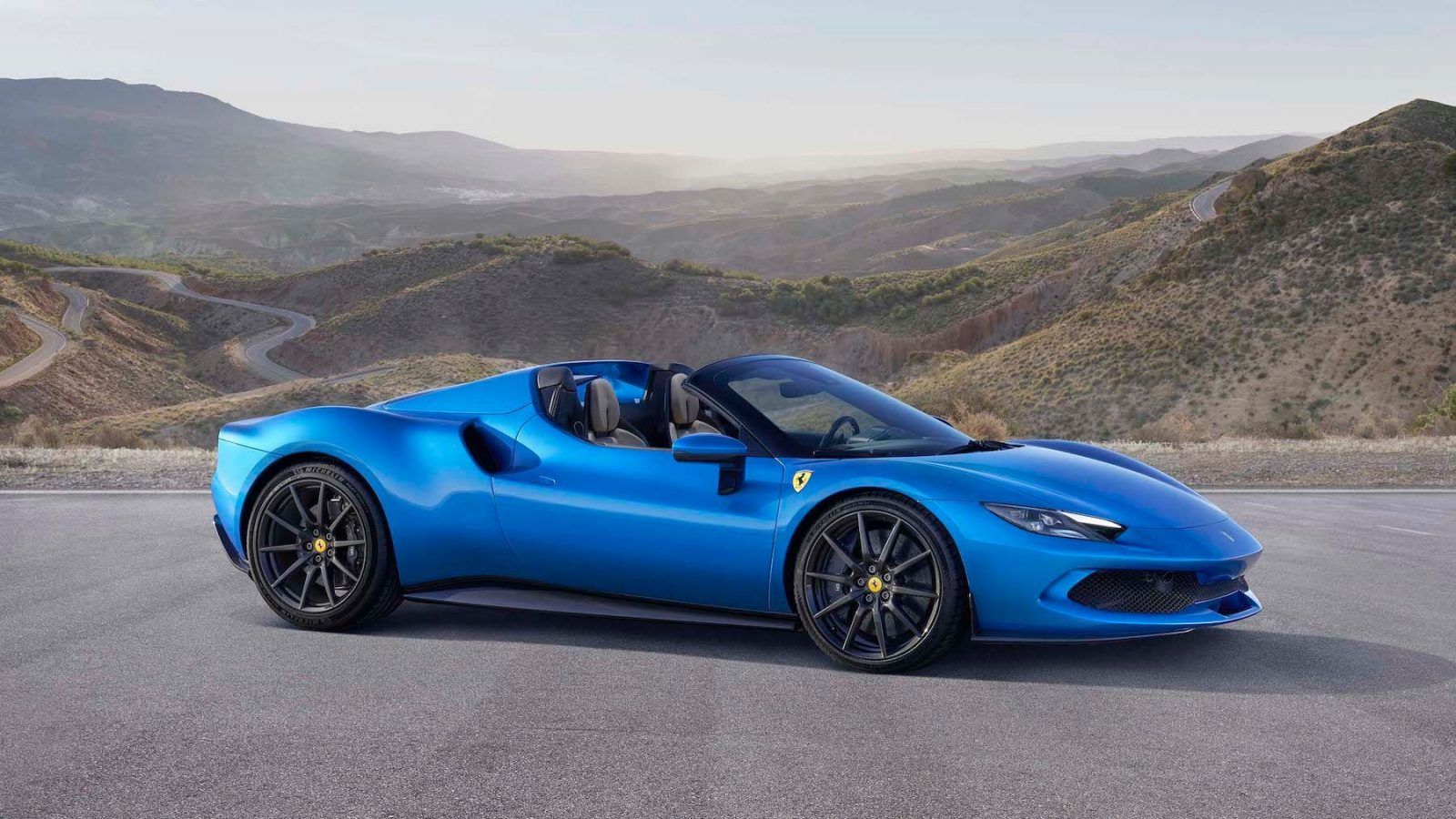 President of Ferrari Greater China, Giuseppe Cattaneo, talks about developments that will make 2022 a pivotal year for the legendary brand.

Brought up with the sound of highly tuned racing engines on the nearby Monza grand prix circuit regularly ringing in his ears, Giuseppe Cattaneo can fairly be said to have the blood of motorsport – and, of course, Ferrari – coursing through his veins. “When I was 12 or 13,” he says wistfully, “I remember jumping over the fence at the circuit to watch my first Grand Prix. In my generation in Italy there was no one who didn’t follow motorsport in general but, more specifically, Formula 1 – and, of course, Ferrari.” All of which makes Cattaneo the perfect figure to head up the legendary Italian auto maker’s operations in Greater China, which is today among the company’s most important markets.

Although he’s been locked-down for several weeks when he talks to us from Shanghai by video link, the Ferrari Greater China president is charming, enthusiastic and animated as he expands upon the car maker’s plans for 2022-23, a crucial period for the brand that includes the arrival and unveiling of key new models in this part of the world, as well as the imminent roll-out of an official Ferrari Owners’ Club in Hong Kong, a long-established market that Cattaneo says “has an amazing client base”. In passing, he also can’t help expressing his delight at Ferrari’s recent resurgence in Grand Prix racing.

At the top of everyone’s mind, of course, are the two iterations of Maranello’s sensational plug-in 296 hybrid supercar, which was first unveiled to the Hong Kong market in GTB berlinetta form in October last year, and should be followed up by a local reveal of the recently launched GTS spider version in the third quarter of 2022. Both versions of the 296 are powered by an entirely new shallow-angle, twin-turbocharged 2.9-litre V6 engine – it’s the first six-cylinder unit to appear in any Ferrari road car – which is coupled to a powerful electric motor.

Together, they produce an output approaching 830 cv and performance so sensational that it can only be imagined. “We used the slogan ‘Defining Fun to Drive’ for the 296 GTB,” says Cattaneo, “though that, of course, is a given with all Ferraris. But with this car we’ve been able to go beyond even that. Every seasoned driver who’s tried the car says, ‘You really can’t imagine – it’s something way above and beyond expectations.’ And then there’s the shape: when I saw the car in the metal for the first time, it looked even better than the pictures. Fun to drive and beautiful, what more do you want?”

According to Cattaneo, right-hand-drive versions of the 296 GTB should begin arriving in Hong Kong towards the end of this month. “As for the 296 GTS, we’ll probably have the opportunity to show it to local clients in the third quarter; to drive the car, that will be in the second half of 2023.”

Eagerly anticipated though both versions of the 296 are, there’s another machine looming just over the horizon that we’ve been awaiting breathlessly for years. And that, of course, is the ground-breaking Purosangue, for which Maranello has now begun a pre-launch tease campaign.

“We’re entering a new segment,” says Cattaneo of the incoming model, “and I’ll be arrogant by saying it’s a segment we’re creating on our own, because we’re combining several features, such as the performance of a pure naturally aspirated 12-cylinder – which for ferraristi is really iconic – with the interior space of a four-seater. This will be a real Ferrari with four seats that will appeal to our top-of-the-pyramid clients as a car they can enjoy in a wide range of activities. It’ll be a global launch and you may see the car later this year.”

A further key development this year in the local market is the establishment of a new Ferrari Owners’ Club of Hong Kong (FOCHK), under the guidance of official Hong Kong dealer Blackbird Concessionaires, whose inaugural launch event has been set for the end of May. The new body, which will be the only owners’ club in this city to be sanctioned by Ferrari SpA, will join a worldwide network that currently comprises 45 clubs with a combined membership of more than 17,000 passionate Ferrari owners.

“Hong Kong is a place where we have a very high client profile of VIPs and collectors,” Cattaneo explains, “so it’s naturally a market where a proper Ferrari Owners Club should be an integral part of our commercial strategy, as well as the community. The club concept is also very well established in society – people here enjoy spending time with peers who share similar values to their own.”

Under the stewardship of Blackbird Concessionaires, the new FOCHK will provide an ideal platform for this passionate local community to celebrate Ferrari’s long and glorious history, through a programme of events, both locally and around the world, that will range from dinners, galas and charity functions to concours d’élégance, rallies, track days and client racing programmes.

“We’ve been in the Hong Kong market for 40 years,” says Cattaneo, and – aside from Tokyo, Monte Carlo and Los Angeles – there’s probably a higher number of Ferraris per square inch here than anywhere else in the world. My latest estimation is around 2,500 to 2,600 registered cars, which is a huge number – many of them owned by the same guys!

“The Ferrari Owners Club will be a genuine community that enables our clients to link together, eat together, exchange views and, most of all, share the passion.”