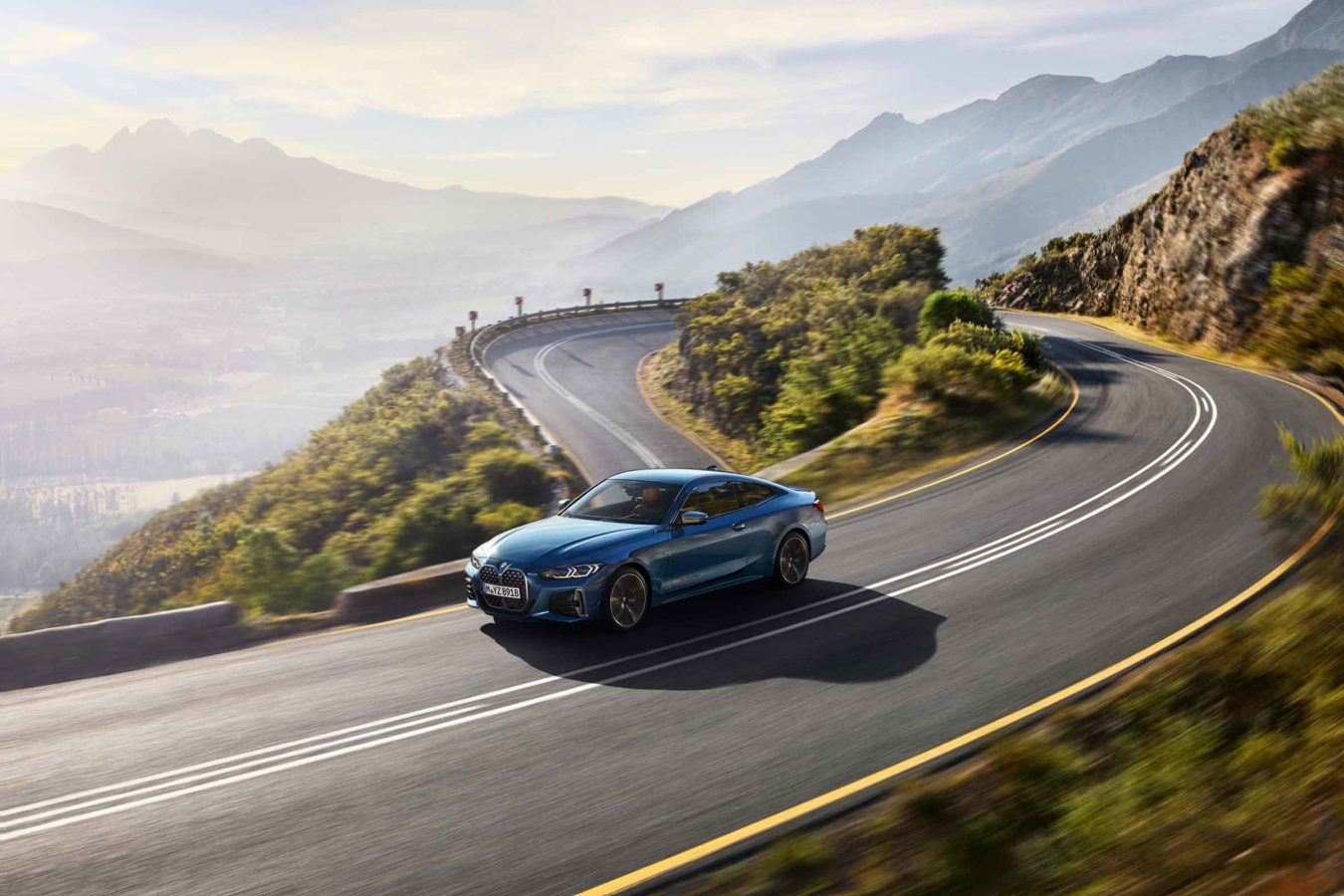 Pursuits
You Can’t Have Missed the BMW 430i Coupe’s Controversial Styling – But Could You Live With It?
Share
Next article

Jon Wall gets behind the BMW 430i Coupe’s steering wheel to find out.

A car designer once told me that it was more important for an automobile to evoke a strong reaction – positive or negative, it didn’t really matter – than for it to leave people unmoved. It’s a sentiment that clearly applies to the latest generation of BMW’s 4-series, whose frontal aspect, which is dominated by a pair of enormous kidney-shaped nostrils, has divided opinion more vehemently than with any recent car I can think of.

Do I like it? The straight answer is no, though in mitigation I do admit that I can now look at the garish grille of a Lexus – which I once thought to be vulgar, verging on the hideous and a taste I’d be unlikely ever to acquire – without batting an eyelid. Time will tell if, several years hence, I’m able to say the same about this car.

Citing the 328 of 1936 or the E9 2800CS of the late ’60s as inspirations, BMW defends its controversial styling choice by telling us it’s simply drawing on its own design heritage, though neither car was as in-your-face as this. (On the contrary, the E9 was one of the loveliest automobiles of its era, with an elegance and delicacy of line that the company has rarely bettered since, if at all.)

Even more strangely, the 4-series’ alarming visage is in distinct contrast to the rest of the car, which though far from perfect is nicely proportioned and from some angles actually rather handsome. Nor is the design of this latest G22 incarnation a simple evolution of the 3-series saloon on which it’s based, for the 4 is now developing a distinct stylistic identity of its own – and though comparisons of the two-door coupe’s fastback roofline with that of Ford’s current Mustang might not be what the BMW designers wanted to hear, it’s not a bad look to be striving for.

In growing apart from the 3-series, the latest 4 has also become significantly lower than its predecessor – by almost 6cm – and a tad wider at the rear, which respectively hint at a dropped centre of gravity and improved traction. As is the way of things it’s also longer and, says BMW, more aerodynamic than the old 4-series, and the engineers do seem to have shaved a little weight from the car’s considerable girth, partly thanks to the extensive use of aluminium for the front wings, bonnet and doors. Nonetheless, at more than 1.6 tonnes unladen, my 430i Coupe test car is still on the porky side; the question is whether that heftiness in any way dampens the car’s responses and performance.

I last drove a 4-series during the launch of the first-gen model in 2013, a carefree time when the perils of global warming weren’t looming quite so menacingly and no one questioned the notion of dropping a 3-litre straight six into the engine bay of a mid-range coupe. Not so today, when big engines and multiple cylinders are anathema – unless, that is, you opt for the current range-topping M440i, which comes with a mildly hybridised version of Beemer’s classic six-pot as well as xDrive all-wheel drive.

Thus, and in spite of a name that suggests otherwise, the motor lurking beneath the 430i’s bulbous bonnet is a 2-litre inline four, its relatively humble dimensions and configuration ameliorated by twin-scroll turbocharging that manages to wring from it a respectable 254bhp and 400Nm of torque, the latter usefully available between 1,550 and 4,400rpm. If those numbers don’t exactly turn the 430 into a surface-to-surface missile, nor will they leave you stranded, frustrated and cursing behind a line of slow-moving vehicles. Like most four-cylinder engines, the Beemer’s serves up little in the way of aural delights, but around town and at cruising speeds it’s smooth and unobtrusive.

BMW continues to eschew double-clutch transmissions in favour of its ZF-sourced eight-speed Steptronic gearbox, which is employed on all versions of the 4-series, and on the evidence of the 430i it’s a wise move indeed. With fluid, quick and invariably intelligent shifting that effectively plugs whatever gaps appear in the 2-litre’s delivery of power and torque, this is by no means your slush-pump of yore, but rather a responsive and versatile box of tricks that’s easily the match of anything that Mercedes or Audi can throw at it – and it lets you have fun in Manual/Sport modes. Any time soon we must surely expect an outbreak of hat-eating among those who’ve said that the days of the torque-converter are numbered (full disclosure: one of those chapeau-munchers will be me).

Along with lighter metals in its construction, the 4-series is also a deal stiffer, which by rights should mean a less flexible chassis and, hence, more precise handling. My 430i is also kitted out with the M Sport package, which includes revised and lowered suspension, as well as the expected raft of exterior and interior cosmetics, such as 18-inch alloy wheels, body-kit embellishments, and sport front seats and steering wheel.

The result is that on the road, the 430i impresses with the feeling that it’s more than merely the sum of its parts. As I’ve said, it’s no rocket ship but performance is a good deal livelier than you might expect, with acceleration from rest to 100km/h in less than six seconds and the customary maximum speed of 250; indeed, the engine and transmission work in such impressive harmony that you’re rarely left feeling as if you need more (and on those occasions when you do, a flick of the left-hand paddle will quickly put you back in the zone). Handling and steering are sharp without being nervous, with plenty of information being served up through the helm and grip levels that are reliably predictable. All in all, it’s much like the 330i that I drove almost two years ago, only even more precise and, if anything, more agile, the trade-off being ride that’s on the firmer side, even when the softest Comfort setting is selected.

As for the cabin, if you’re seated in the front and you’re familiar with the current 3-series you’ll be hard pressed to notice any differences between the two, which is to say that in spite of being shaded in terms of glitz and glamour by the C-Class Coupe, which is easily the 4’s closest competitor, the quality is equally superb and the ergonomics and arguably better (though I’m not overly fond of the digital display, which could be more intuitively legible). This is, in short, an extremely pleasant space in which to spend time, with an excellent driving position, but if you’re in the back and above average size you’ll encounter some compromises in headroom, not to mention difficulties in getting in and out. The boot, on the other hand, looks commendably cavernous.

In fact, if I could get past the perpetual shock of the 430i, fully frontal, I’d like this sophisticated and extremely drivable coupe very much, as it provides sufficient performance, genuine involvement and a good deal of quotidian practicality with few sacrifices beyond the restricted rear headroom. It’s good enough, in fact, that I’d seriously consider living with it, if only I could find a way of approaching it without actually having to get an eyeful every time I did so. Never reversing into a parking space would be one way of doing it, I suppose – or can anyone recommend some really dark glasses?

To find out more about the BMW 430i Coupe, visit bmw.com