Owner of football club Chelsea FC, Roman Abramovich is a name synonymous with extravagance, luxury and style. With an estimated net worth of US$ 14.7 billion (as of 14 September, 2021), the self-made Russian billionaire loves to spend his fortune on superyachts, private jets, luxurious mansions and supercars.

From ‘Solaris’ to ‘Eclipse’, Comparing Roman Abramovich’s Yachts by Size and Amenities
Pursuits 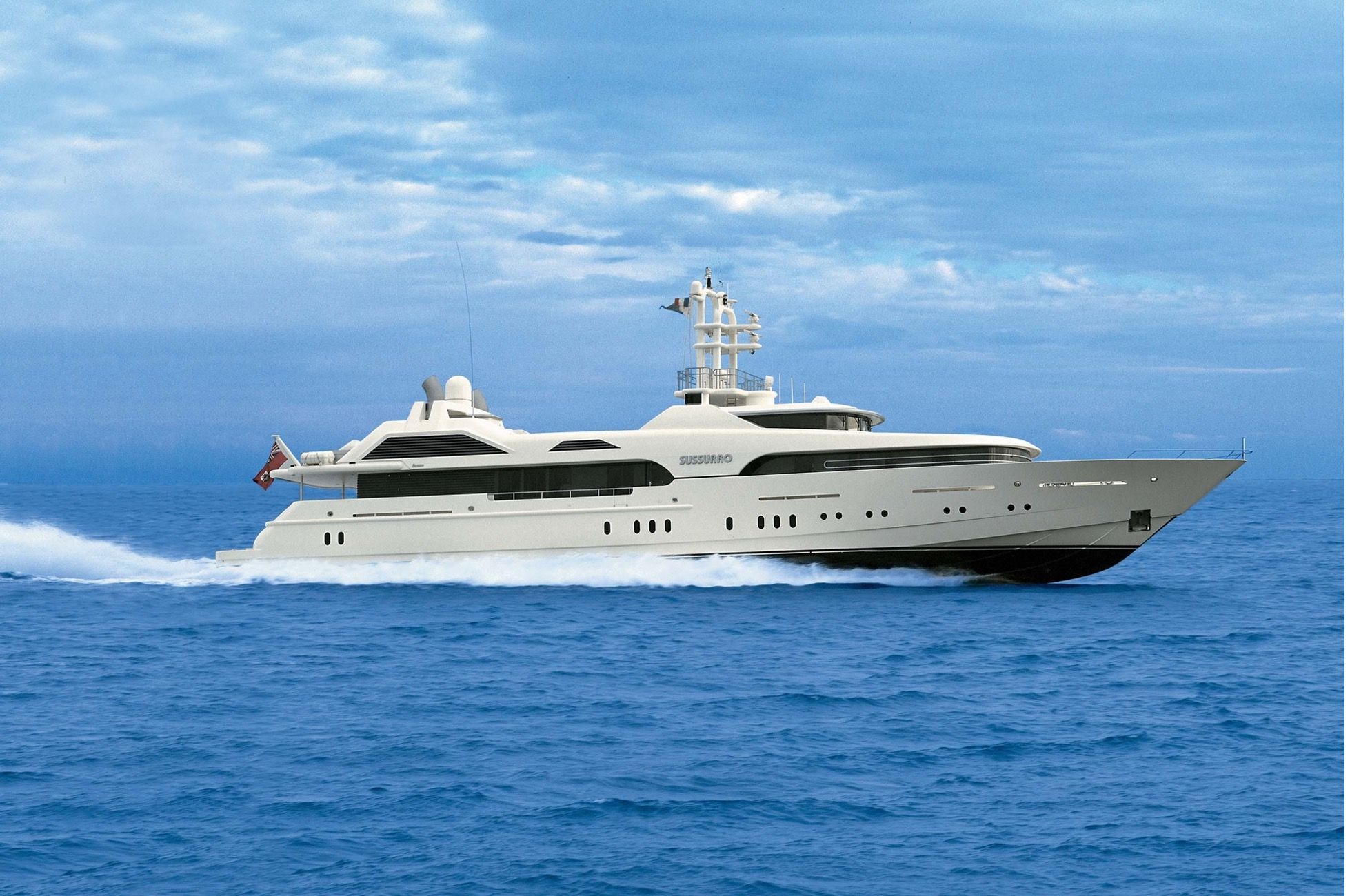 His collection of expensive buys was once dubbed as ‘The Roman Empire’ by The Wall Street Journal. The 54-year-old Russian oligarch’s net worth had peaked in 2008 and was estimated at US$ 23.5 billion, making him the richest man in the country that year, as reported by Forbes.

Some of his most expensive purchases include Chelsea football club in 2003 in a record deal worth US$ 233 million and the world’s now second-largest mega-yacht Eclipse for US $500 million.

Not only yachts, the oil magnate is lauded for his collection of artwork and owning properties around the world. Abramovich, along with Russian-American art collector and businesswoman Dasha Zhukova, founded Garage Center for Contemporary Culture in 2008 and focussed on Russian modern and contemporary art. He is also believed to have bought Lucien Freud’s Benefits Supervisor Sleeping painting of Sue Tilley for £17.2million in 2008.

From his extravagant splurges, it’s quite evident that Abramovich loves to travel in style even when he’s on land. A huge petrolhead at heart, Russian billionaire Roman Abramovich often flaunts his fleet of supercars at the German Nürburgring racetrack, which is worth millions.

From the classic limited-edition Ferrari FXX to the custom-made Bugatti and Zonda R, he has an incredible collection of rare sports cars, which is a testament to his love for high-revving engines.

Besides focussing on the track, Abramovich also owns one of the most exclusive and special cars. One of which is the mighty Rolls-Royce Corniche. Moreover, he has two Maybach 62 Limousines in his fleet — a luxury saloon that is every bit aristocratic.

Have a look at Roman Abramovich’s car collection ranked by their performance.

With a staggering price tag of over £1.5m, Bugatti Veyron can go faster than 400 kmh, thanks to its 16-cylinder engine, which has been reduced from the original 18 cylinders to give it more speed and power. A Bugatti Veyron takes just 2.5 seconds to go from 0 to 99 kmh.

A manufacturer of high-performance cars, Bugatti makes luxury sports cars that are developed and manufactured in France under the leadership of Dr Wolfgang Schreiber.

Among the most expensive and powerful supercars owned by Russian billionaire Roman Abramovich is a rare Pagani Zonda R, which costs around € 1.2 million.

A masterpiece of engineering and innovation, it is one of the most coveted supercars and only 15 of these were ever made.

Pagani Zonda is a track-only car manufactured by the Italian sports car maker that has a carbon fibre body. The supercar attains a top speed of 370 kmh and has the Nürburgring lap time of 6m 47s. It can reach from 0 to 100 kmh in merely 2.7 seconds.

Other than supercars, Russian billionaire Roman Abramovich also owns an Aston Martin Vulcan, which is an ultra-rare, track-only hypercar. Only 24 of these high-performance cars were ever made, and each of them was valued at a massive price of £1.8 million.

The hypercar has a 7.0-litre V12 front engine and a reinforced carbon fibre exterior with a six-speed Xtrac sequential racing paddle shift. The top speed of this 2016 coupé is 362 kmh, and it goes from 0 to 60 kmh in just three seconds.

Continuing his love for the track cars, the Russian billionaire also owns a limited edition Ferrari FXX prototype supercar, only 29 of which were manufactured.

Only 20 models of the Lamborghini Reventón were built and made available globally. Abramovich owns this limited-edition supercar, which is worth around € 1 million. Its powerful V12 engine takes this impressive machine from 0 to 100 km/h in just 3.4 seconds.

With a top speed of 340 kmh and stunning matt exteriors, the Lamborghini Reventón is often dubbed Batman’s, aka Bruce Wayne, car for its appearance in Batman movies.

Sporting a twin-turbo V8 engine with a top speed of 330 kmh, a Ferrari 488 GT3 is another track-only car that boasts a modified bonnet and can go from 0 to 60 in three seconds.

Abramovich has a navy-blue edition of this beauty with a monstrous carbon fibre front wing.

Only 13 of these limited-edition mid-engine coupés were ever built, including one prototype supercar and 12 commercial vehicles for sale and one of them belongs to the collection of Roman’s fleet of rare sports cars.

At US$ 2.7 million, the ultra-rare Maserati looks every bit a stunner and sports an impressive maximum speed of 326 kmh.

With a 6.0-litre V12 engine, it shoots from 0 to 200 kmh in just 6.4 seconds, giving an exhilarating driving performance.

The Mercedes-AMG GT3 is a beast on the track, owing to its incredible power and performance. The Chelsea FC owner takes the high-speed beauty out for laps on the Nürburgring track owned by his former business partner Viktor Kharitonin.

With a top speed of 325 kmh, the supercar takes 3.2 seconds to reach from 0 to 100 kmh. The carbon fibre reinforced bonnet and aerofoil blades help adapt the car to track conditions and give a seamless performance.

The supercar, built solely for the racetrack, was manufactured by AMG and has a 6.9-litre V12 engine that exudes immense power to go from 0 to 99 km/h in 3.8 seconds.

The supercar is often spotted revving at the Nürburgring racetrack when Abramovich takes it along with his other fancy toys out for a spin.

The mid-engine supercar is a prized possession in Roman Abramovich’s esteemed collection. Although it was produced as a track car, limited-edition legal versions later made their way into the market for the wealthiest.

The coupé has a six-cylinder horizontally-opposed engine with four strokes and can attain an impressive top speed of 310 kmh.

The Russian oligarch is a Ferrari fan with about three of them in his fleet. He had a Ferrari 360 back in 2003 when he came to London. The sports car is a two-seater coupé powered by a 3.6-litre V8 engine and reaches a maximum speed of about 304 kmh.

How Augmented Reality Could Change The Way You Drive