The Biggest Crypto, NFT, and Metaverse Headlines of 2021 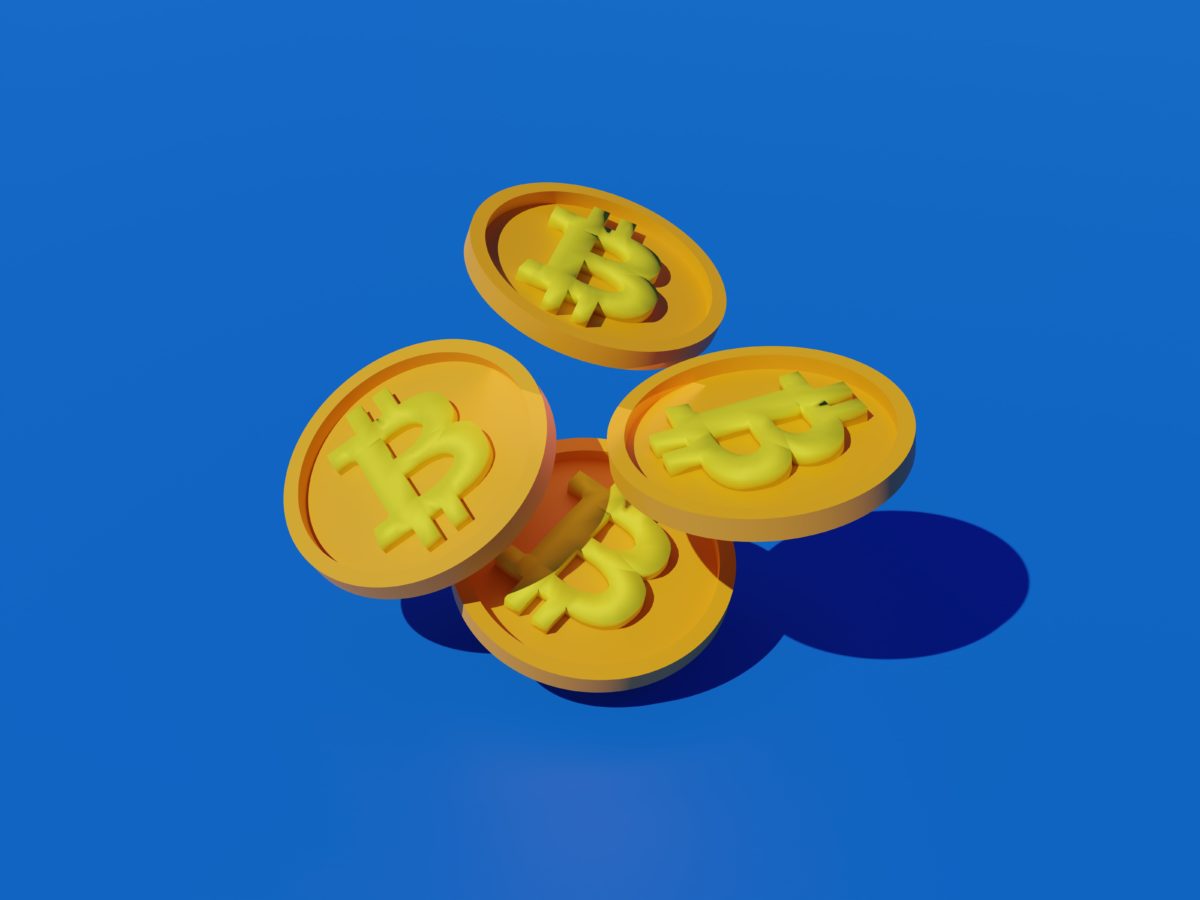 Pursuits
The Biggest Crypto, NFT, and Metaverse Headlines of 2021
Share
Next article

Here are the top 2021 headlines revolving around cryptocurrency, NFT, and Metaverse that we saw in 2021.

Cryptocurrency has been around for quite some time and is gradually being accepted, albeit with some hiccups on the way. However, the year 2021 will be remembered for the sudden boom in the world of non-fungible tokens (NFTs) and the metaverse.

While one of the biggest news in the world of crypto was El Salvador’s monumental decision to make Bitcoin a legal tender, Facebook’s metaverse rebranding and Argentine football legend Lionel Messi launching ‘Messiverse’ made headlines, too.

2021 can surely be crowned as the year of the NFTs — a tradeable digital asset whose ownership is stored on the blockchain, similar to that of cryptocurrency.

American artist Beeple, whose real name is Mike Winkelmann, had one of his artworks, titled Everydays – The First 5000 Days, sold at the Christie’s auction for a record USD 69 million.

In a tweet on 11 March, the auction house said that the price fetched for the collage of 5,000 individual images made one per day over more than 13 years elevated Beeple to become one of the top three most valuable living artists.

It was later revealed that the buyer of the artwork was an Indian cryptocurrency investor named Vignesh Sundaresan, who went by the name Metakovan.

Krista Kim, a Toronto-based artist, designed a virtual house on the Red Planet and tokenised it as an NFT. The Mars House, as it is called, was sold for more than USD 500,000 as crypto real estate late in March.

The virtual house has bay windows, which gives a breathtaking view of the Martian red surface. It also features a garden lounge but no kitchen. The ‘inhabitants’ can, however, take a shower.

Even the deed of the house was in virtual form.

A collection of computer-generated 10,000 apes was released on 30 April, and it soon became one of the biggest NFT crazes of all time.

The collection was sold out in a day. Later, four of the ‘apes’ from the collection were auctioned along with NFTs by CryptoPunks and Meebits for USD 12 million by Christie’s. Auction house Sotheby’s too sold an ape NFT for USD 3.4 million — the highest for any single Bored Ape.

Football player Lionel Messi took the world of sports and NFTs by storm earlier in 2021 when he announced his collection known as The Messiverse.

Featuring four unique digital artworks of the legendary Argentine footballer, The Messiverse was created by digital designer BossLogic in collaboration with the Ethernity Chain platform.

The four NFT pieces were titled, The Golden One, The Man From Tomorrow, The Man of The Past and The King Piece. Each showed Messi striking a pose. A fifth one, titled The Magician, designed by Impossible Brief was revealed later.

The collection was launched in August. The winner of a record seven Ballon d’Or, Messi, is considered by many as the greatest footballer in history.

Bitcoin, the oldest cryptocurrency, was made a legal tender by El Salvador on 7 September.

Speaking in favour of the cryptocurrency before the decision, El Salvador’s President Nayib Bukele said that it would help those in the country who have no access to “traditional financial services”. He also said that it will encourage investment and remittances from expat Salvadorans.

It was also revealed that the government of El Salvador held 550 Bitcoin worth around USD 26 million at the time.

One of the biggest newsmakers in the world of technology was Facebook.

On 28 October, Facebook CEO Mark Zuckerberg announced that the company was rebranding itself as Meta Platforms Inc., or Meta.

In a 77-minute video posted on Facebook and YouTube, Zuckerberg showed the world what his company was aiming for in the near future. Millions saw how Facebook was going right inside the metaverse, with everything virtual, including homes to plants.

“The defining quality of the metaverse will be a feeling of presence — like you are right there with another person or in another place,” Zuckerberg wrote in the Founder’s Letter.

The decision by Facebook gave a fillip to the concept of the metaverse and brought it into the mainstream. Though the idea of a metaverse has existed for over three decades, it is only now, with much technological progress, that the concept is gradually being realised.

Other than Facebook, Microsoft has its own metaverse plan called Mesh. Older metaverse players include Roblox and Fortnite.

One of the most famous actors of Bollywood, Amitabh Bachchan, was the biggest name from India making news in the NFT universe.

Early in November, a collection, featuring his father Harivansh Rai Bachchan’s poem Madhushala and several vintage posters of the star, went up for auction. The collection reportedly sold for USD 966,000.

While the poem is one of his father’s best works, the movie posters include Sholay (1975), which is among Amitabh Bachchan’s most critically and commercially acclaimed films.

The Korean drama, Squid Game, was one of the most-watched shows on Netflix this year. The series is about several dangerous games that 456 hapless contestants are forced to play to recover from their dire financial situation.

So, when a Squid Game crypto was launched in the PancakeSwap marketplace on 26 October, it generated quite a buzz. It was launched at USD 0.012 and climbed rapidly over the next few days. But signs of trouble became apparent, when many said they could not resell their tokens.

By 2 November, the crypto crashed, and investors’ money was wiped out, indicating it was a scam.

The French luxury brand launched an NFT collection on 23 November, featuring 15 unique pieces of art. The collection marked a collaboration between Givenchy and airbrush artist Chito.

The artworks ranged from those bearing the Givenchy logo to animated characters and symbols.

‘NFT’ becomes the word of the year

Collins Dictionary named “NFT” as its word of the year for 2021. The dictionary defined NFT as a “unique digital certificate, registered in a blockchain, that is used to record ownership of an asset such as an artwork or a collectible.”

In a second definition, the lexicon described NFT as an “asset whose ownership is recorded by means of a non-fungible token.”

Among the top 10 words, which were announced on on 24 November, two were connected to blockchain technology — “crypto” and “metaverse”. The others were cheugy, climate anxiety, double-vaxxed, hybrid working, neopronoun, pingdemic and Regencycore.

Yacht becomes most expensive NFT sold in The Sandbox

On 24 November, a mega yacht was sold for USD 650,000 on The Sandbox — a virtual gaming world, which is part of the metaverse.

The boat labelled “Metaflower Super Mega Yacht” is as lavish as any of the real-world superyachts billionaires own.

Congrats to the new owner of The Metaflower NFT Super Mega Yacht on making metaverse NFT history. This auction marks the highest price paid for a @TheSandboxGame NFT asset at 149 ETH ($650,000), and an exciting time for every member of the Fantasy Community. pic.twitter.com/Nl0278JbOT

The three-storey yacht has two helipads, hot tubs, a DJ booth and several lounge areas, among other amenities. It is designed for those who’d want to experience luxuries in ‘virtual’ life.

The Sandbox is a virtual universe existing on the Ethereum blockchain.

Decentraland is built on the Ethereum blockchain and lets people buy and sell virtual plots of land. Once a plot is bought, the owner can create an entire virtual micro-world with objects such as trees, buildings and aircraft.

The ‘land’ in Decentraland is in the form of NFTs, which can be traded using cryptocurrency known as MANA.

Barbados will be the first country with an embassy on Decentraland, which will be opened in January 2022.

Tarantino is one of the most acclaimed directors in cinema, and his 1994 film Pulp Fiction is counted among his best works.

In November, the American filmmaker announced he will release seven uncut scenes from the film as NFTs. However, he did not reveal details about which scenes will be part of the collection.

But Tarantino landed in trouble when Miramax, the producer of the film, filed a lawsuit the same month, demanding to halt any planned sale of the film’s NFTs and accused the director of violating the company’s copyright and trademark.

In 1995, it won the Oscar for Best Writing, Screenplay Written Directly for the Screen for Quentin Tarantino and Roger Avary.

The former US First Lady announced on 17 December the launch of a new venture called the Melania Trump NFT platform.

The first NFT to be launched by the platform is Melania’s Vision, a watercolour artwork by Marc-Antoine Coulon. Her office said in a statement that more NFTs will be released on the platform in the future.

A portion of the proceeds will be used to support children ageing out of foster care, the statement added.