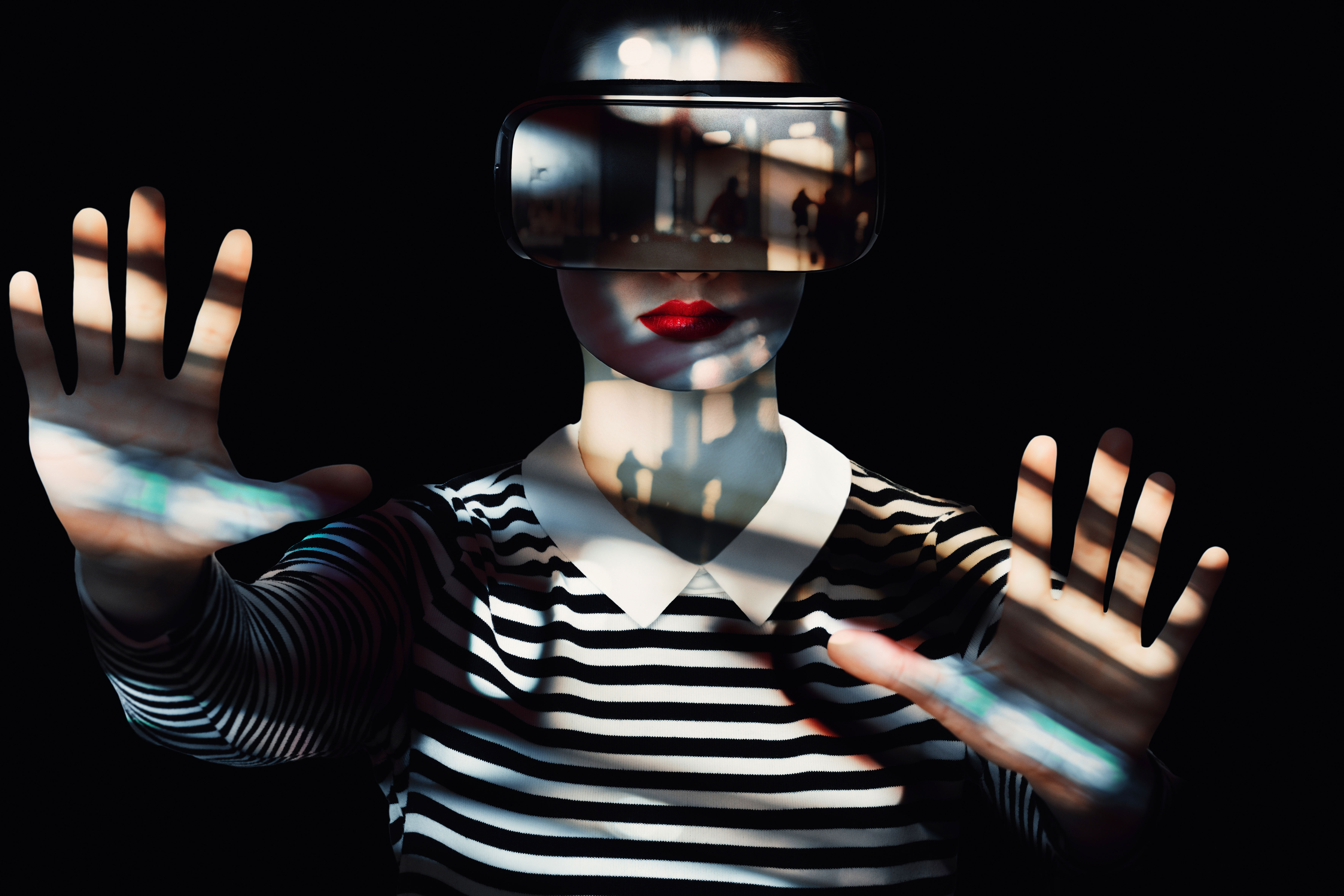 It’s about five minutes into my first virtual-reality (VR) experience and so far I’ve twice walked into a (real) glass wall with my headset on. I’ve also been talking incessantly to myself and to a helpful VR trainer who has strangely fallen silent as I try to work out how to flick a switch that will save this little creature’s life.

And that’s why it seems like he doesn’t stand a chance. My coordination has failed me as I turn to try to help and I hit the (real) wall again – and swear.

Fortunately, out of the blue, another alien appears and takes control, throwing me a look, and what I can only take to be the inter-planetary version of, “WTF!” He flicks the switch on the virtual wall in front of me and he makes sure his little mate survives for another screening.

The headset and hand controls are removed. The VR trainer is now laughing – loudly – and I retreat to the nearby coffee lounge to take stock of the whole VR revolution.

Step inside, pull on a headset and you can either immerse yourself inside the likes of documentary Under a Cracked Sky – which takes you under Antarctic seas – or experience productions such as Asteroid! that place the viewer inside an animated universe in which you can help save the life of a cute little alien – or at least try to, depending on your wits and your dexterity.

There are panels of VR-industry experts on hand to chart the future of an industry that estimates suggest will be worth around US$75 billion by 2021.

But before we get to what VR is actually offering, let’s dig up a few of the facts. What sets the experience apart from other recent and much-publicised developments in film – such as 3D and 4D – is that it places a headset and handsets on viewers and thereby fully immerses them in an imaginary environment. The sights and sounds you witness and that you can engage with lift you out of your seat and make you feel as if you’re part of the show.

It’s technology that first started to take root in video games, through devices such as the VR console built for the Xbox, but applications are now being found in more traditional forms of media, such as film.

The rush to get on board is gathering momentum, with the likes of the Imax chain opening its first VR cinema in Los Angeles in early 2017.

VR has lit up the world’s top film festivals, also, during the past 12 months, thanks to the likes of Blanquet’s Alteration, which also screened at the prestigious Venice Film Festival. Meanwhile, the Cannes festival last year featured Oscar-winner Alejandro G Iñàrritu’s Meat and Sand, the first time a VR production had screened at that event in its 70-year history.

The big corps are lining up, with new headsets from Facebook and Microsoft aimed at taking the technology mainstream, while entertainment industry heavyweights Steven Spielberg, 21st Century Fox and Metro-Goldwyn-Mayer are behind theatre chain AMC Entertainment’s new virtual-reality multiplexes, designed to allow viewers to interact with other people’s avatars while they explore virtual worlds.

Interaction – or the ability to share the VR experience – remains the grey area. At present there’s a distinctive “computer game” feel to much of the work that’s currently being produced, and that’s just how I feel as I battle to save the alien’s life – “in” the experience, for sure, but not “of” it.

“We need to find some emotion and how to engage the viewer in that,” says filmmaker Che Min Hyuk, a producer at the VR Lab run by Korean media-industry giants CJ, which is expecting to start rolling out VR productions this year. Che previously worked with mobile interactive cinema for smartphone users and then in 3D, but said he wanted to develop platforms that were more immersive.

“Everyone thought 3D might be the big thing in cinema, but that technology has its limitations,” says Che. “As filmmakers with VR we still don’t really know how far it will take us and the audience.”

Korean-American filmmaker Eugene Chung, from the San Francisco-based Penrose Studios, has two shorts – Allumette and Arden’s Wake: The Prologue – screening as part of the VR programme in Busan, with the latter arriving fresh from winning the best VR award at the Venice festival last September.

“We’re really building the future,” says Chung. “When you compare it to the adoption of things in the past 100 years, such as radio, television and console games, the numbers look fine for VR. Facebook and Apple are pouring billions of dollars into this industry and these hardware developments are key, but it will all come down to content – and we’re excited by the way that’s developing.”

Chung says he believes VR will shift the way we perceive visual and audio art. “We think the impact of this medium is going to be incredibly powerful,” he says, while admitting that it would be a voyage into the unknown in terms of social impact.

One of the most important things about cinema – and the cinematic experience – is that it’s shared. Enter a cinema, and you become part of a wider community. When video games first came out, a problem appeared with people withdrawing into their own worlds and not being able to cope with the real one.

“There’s a first spaceship factor [with VR],” says Chung. “When video games came out I think we as a society underestimated their impact, so there are definitely things we need to look out for in VR in the coming years.”