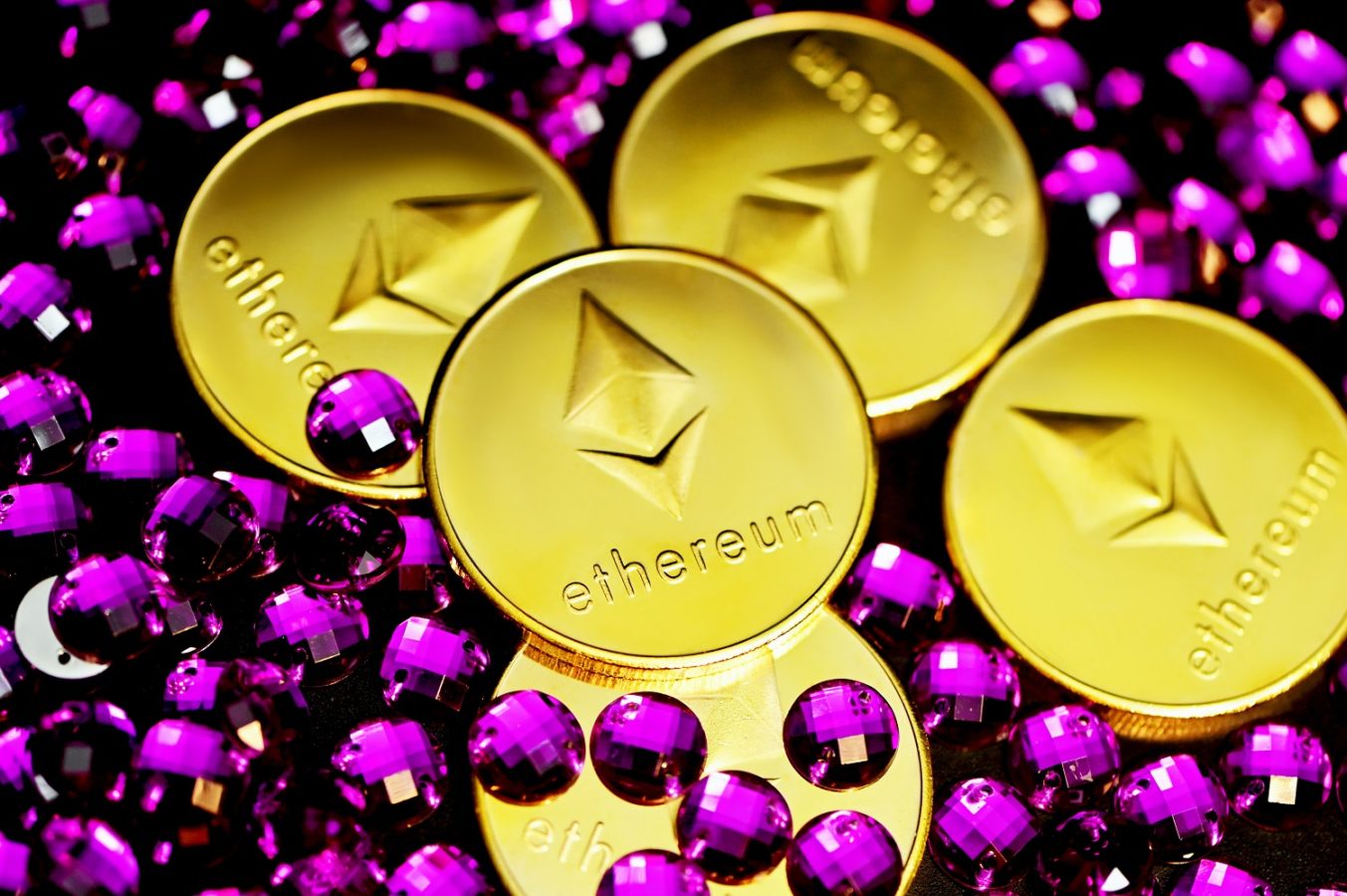 The Year of NFTs: What is it and how is it used?

Pursuits
The Year of NFTs: What is it and how is it used?
Share
Next article

NFT stands for Non-fungible Token. On 20 August, 2021, Argentine football legend Lionel Messi launched ‘Messiverse’, a four-series collection of digital artwork with his image for sale on blockchain platform Ethernity Chain. This marked the most recent mega event in the world of NFTs.

In a statement to ESPN announcing the launch, Messi said, “Art, like football, is eternal. Art is also evolving, and digital art (NFT) is another way to connect with the fans.”

The artworks in the collection are designed by Australian artist BossLogic, known for his work with Marvel and Disney. At the time of writing this article, one of the pieces, titled “The Golden One”, received a bid of over US$ 1.1 million.

Before Messi, artist Beeple scripted history with the sale of an NFT-based piece of digital art by Christie’s for US$ 69 million.

So, what exactly is NFT, and why is it creating waves across the globe?

What do ‘fungible’ and ‘non-fungible’ mean?

To understand NFT, we have to first know the principal difference between ‘fungible’ and ‘non-fungible’. These are terminologies connected to economics and finance.

‘Fungible’, which is an adjective, means anything — goods or commodity — that is interchangeable, indistinguishable, uniform and substitutable across its components.

Simply put, your currency is fungible. For example, you have Rs 190. Its value would be the same as the Rs 190 your friend or anyone else in the world has. This makes the currency indistinguishable from the other.

You can exchange the Rs 190 with another Rs 190 or with two Rs 95, which makes it interchangeable.

Hong Kong is one of the few countries with more than one design of any denomination of a banknote. This is because there are three different banks as well as the government printing these notes. Yet, the value of banknotes remains the same, irrespective of their design or printing authority. Thus, they are uniform.

Moreover, not just banknotes but also shares, bonds, precious metals and gold (not distinguished by serial numbers) are examples of fungible goods and commodities.

The characteristic of being fungible, however, is not the same as liquidity. A good or a commodity is considered a liquid asset if it can be easily exchanged for money or another good or commodity. When you buy something at a store, the exchange is an example of liquidity. However, two commodities of the same type may not be alike. For example, diamonds — no two diamonds, or any other gem, are the same. Yet, the diamond is a liquid asset that can be bought and sold easily.

The uniqueness of diamonds categorises them as non-fungible goods and commodities. Every diamond is different from the other, even if they are of the same carat. The value of a diamond is determined by its colour, grade, and cut.

The same is the case with land and real estate — there will always be some difference between two houses next to each other on the same road. Collectables such as trading cards are also examples of non-fungible goods and so are artworks, for there cannot ever be two original Starry Night of Vincent van Gogh or Mona Lisa of Leonardo da Vinci.

What is a non-fungible token?

An NFT is a digital asset that may be unique and can be bought and sold. They cannot be swapped because no two NFTs are the same. An NFT can thus be understood as a collector’s exclusive item existing in digital form.

Owning an NFT does not mean that the asset cannot be reproduced or has no other copy. For example, there are numerous reproductions of the original Mona Lisa painting.

In the digital world, the holder of an NFT has a claim over the ownership of the original asset. At the same time, the owner of the work may not have all the rights to it, such as copyright.

As of now, having an NFT would merely mean possessing the item whose ownership can be proven by a built-in authentication system that is similar to that of cryptocurrency.

But while cryptocurrency, too, is a digital asset like NFT, the former is fungible because a unit of crypto such as Bitcoin can be exchanged with another unit of Bitcoin.

Besides artworks, NFTs can be created out of videos, music, collectables, GIFs, video game skins and even tweets.

How do NFTs work?

Once an item is “tokenised”, the digital certificate of ownership can be bought and sold. The record of who owns NFTs is stored in blockchain — the system used to create and record transactions of cryptocurrency.

NFTs, therefore, exist on the blockchain. Since a blockchain is a secure platform, ownership of non-fungible tokens cannot be forged, information is transparent and tracking is easy.

Besides, NFTs may contain additional information fed by the owner or creator. These may include the signature of the artist or a contract guaranteeing the artist a share of the amount from a sale in future.

Currently, a majority of NFTs exist on Ethereum, but other blockchains are also increasingly supporting their versions. Ether, Etherium’s cryptocurrency, and Bitcoin are mostly used as currencies for NFT transactions.

NFTs first emerged in 2014 when tech entrepreneur Anil Dash and digital artist Kevin McCoy gave a live demonstration at the Seven on Seven event held at the New Museum of Contemporary Art in New York City, US. The duo called their creation “monetised graphics” and, according to the former, designed it to “ensure that artists could make some money and have control over their work.”

It didn’t catch the public eye until it was added to Ethereum.

The first major NFT sale was recorded in 2017 when the craze for CryptoKitties — a game of collecting and selling digital cats developed by Dapper Labs — skyrocketed, with the prices of some of its avatars rising beyond US$ 100,000. The frenzy around the CryptoKitties, each of which had its unique 256-bit genome, clogged the Ethereum network. That is when NFTs took off.

The year 2021 has witnessed a surge in NFTs.

Canadian musician Grimes sold 10 of her digital artworks for around US$ 6 million in March. These included both one-of-a-kind works and those with multiple copies.

A few days later, the same month, Twitter founder Jack Dorsey sold his first tweet for more than US$ 2.9 million. (Yes, just a tweet whose complete details, including metadata, are already publicly available and will remain so even after its sale.) The NFT of the tweet was bought by Malaysia-based buyer Sina Estavi, the chief executive of the technology firm, Bridge Oracle.

The headline grabber, however, was the artist Beeple. A work by the artist, whose real name is Mike Winkelmann, was sold as an NFT by auction house Christie’s for a mind-boggling US$ 69 million. The art, Everydays: The First 5000 Days, is a collage of individual images Beeple took daily starting 2007 and continued for 5,000 days over 13 years. Christie’s also said that the NFT sale was the first by a “major” auction house and was a new record for digital art.

The value of NFTs is constantly on the rise, with more and more prominent names joining in on the bandwagon.

How to create, buy and sell NFTs, and where to buy them?

Creating an NFT is easy. If you are an artist and have a digital work of yours to sell, the first step is to pick the blockchain.

As stated earlier, Ethereum is the most favoured and records the maximum transactions with Ether. If you want your work listed on Ethereum, you need to have Ether because it requires a fee. The listing process will be different on other marketplaces.

Once the token is created, you can either mark a set price for your work or leave it for bidding. In any case, you need to have a digital wallet and specify any conditions on future selling and royalties.

For buyers, the process is simple: bid the highest or pay what is asked. An NFT is a speculative asset for a buyer. This means that the buyer can hope for the price to rise substantially to generate a profit on resale. Again, buyers, too, must have a cryptocurrency of the preferred kind to make the purchase and a digital wallet to store NFTs after they are bought. Moreover, exchanges may charge a transaction fee or percentage of the transaction, which has to be paid by the buyer.

Among NFT marketplaces are OpenSea.io, where the listing is free. Then, there is Foundation, where artists can list their items only if they have received enough upvotes from other artists on the platform or have been invited. Nyan Cat was sold on the Foundation platform. Others include Rarible, CryptoPunks, Sorare and Axie Infinity.

Is buying NFTs safe and should you invest?

This is a bit tricky to answer since NFTs are a fairly new phenomenon. No one knows or can conclusively predict its future.

Take cryptocurrency as an example. It is still one of the most sought-after financial investments in the world but with governments increasingly coming down hard on it, no one knows what lies in the future.

Since NFTs exist on blockchain, similar to cryptocurrencies, it is also a contributor to global warming, as they are bought and sold using cryptocurrencies. ArtStation had to shelve its plans for an NFT platform after being criticised by those concerned about climate change. It issued a statement apologising for causing “negative emotions”.

There is a genuine fear of ‘bubble-burst’. Even Beeple aired its concerns to BBC saying that the current level of NFTs might already be a bubble.

Add to this the chance of you buying a stolen artwork that has been fraudulently tokenised. In April 2021, an artwork by digital artist Qing Han was created by fraudsters as an NFT, just over a year after her death. Thankfully, alert social media users forced Twinci, the platform hosting it, to take it down.

In a bid to protect its artists and thus prevent a fraudulent sale of NFT, the American online art community, DeviantArt, recently introduced an AI tool to detect any artwork listed on NFT platforms that may have been stolen from its database.

As for the value of an NFT, it completely depends on its demand. If no one else other than you likes a work you have bought, you have no chance at reselling it.

Taxes are another matter to think about. NFTs can fall under capital gains taxes. They may not be exempted like other items subject to capital gains are, as they are collectables. You need to study your country’s law before investing in NFTs.

The risk, without a doubt, is certainly high for new investors. So, do in-depth research, considering all risks involved. You may also seek advice from friends who have invested in NFTs or an expert in the field.