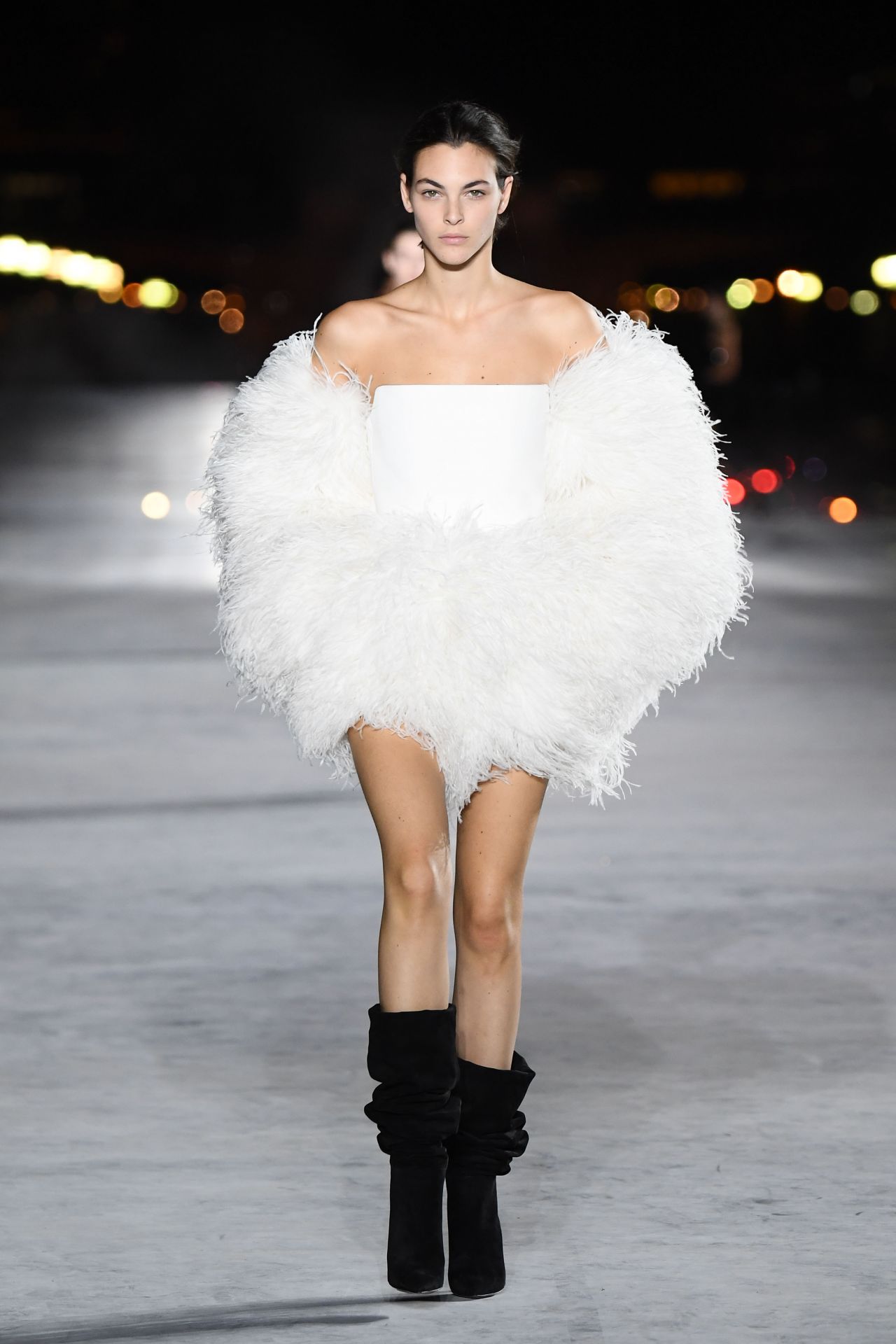 We’ve seen their faces in all over the fashion week, campaigns, and our favourite fashion brand. These new faces are making it in the fashion industry and we love to see them on the runway and campaigns, aspiring to the fashionista for their fierce and cool poses.

Check out the best seven models who rule in the fashion shows and campaigns in 2018!

Kaia Gerber started her modeling career when she was only 10 years old by becoming a model for Versace’s junior line, Young Versace. Since then, the daughter of the supermodel Cindy Crawford has modelled for notable fashion magazines. In 2017, she made her runway debut for Calvin Klein and also walked for fashion houses such as Alexander Wang, Marc Jacobs, Prada, Fendi, Versace and many others brand.

This year, the 17-year-old model made a debut as a designer and made her first collection by collaborated with Karl Lagerfeld to create the KarlXKaia Collection. Kaia Gerber was nominated for the 2018 Fashion Awards as Model of the Year by British Fashion Council (BFC) and currently on the list of the Models.com top 50 models.

Impressions: “Your fearlessness is one thing I really admire. When I was your age, I never could’ve walked into an audition or onto a red carpet as you do.” – Cindy Crawford on Kaia Gerber as reported from Harpers Bazaar.

Adwoa Aboah knows fashion since she was young as her mother is the founder of fashion management firm CL. When she was 16 years old, Aboah signed with Storm Model Management. She has starred in global campaigns for some of the fashion brands including Dior, Marc Jacobs, Calvin Klein, and has walked in many shows. This year, she has opened four shows for Burberry, Fendi, Matty Bovan and R13 and the last campaign she was in is John Hardy 2018 “Made for Legends” campaign.

Other than modelling, Aboah can act as she studied drama at Brunel University in London. She has also worked as a stylist and creative director before and has assisted makeup artist Pat McGrath and Céline creative director Phoebe Philo. This 26 years old model also has an organisation for young women called Gurls Talk which is a platform to discuss feminist issues. Last year she won the BFC 2017 Model of the Year and this year she also a nominee for the same category.

Impressions: “One of my favourite faces + souls on the planet. It has been a pure joy watching your rise, you deserve every bit of it.” – Gigi Hadid on Adwoa Aboah

Bella Hadid began modelling at age 16 with various commercial projects, and her first campaign was for Chrome Hearts. Modelling seems to be in her family’s common passion as her mother Yolanda Hadid, and siblings Gigi and Anwar Hadid also joined the spotlight as a model. She made her runway debut in 2014, walking for Desigual, and since then we can see her in almost all of the runway in every fashion week.

In 2016, she had won various awards as Model of the Year including Fashion Los Angeles Awards, GQ Men of the Year Awards, and Models.com Industry Awards. The 22-year-old model was also nominated as International Model of the Year at British Fashion Awards.

This year, she opened six fashion shows in total for Off-White, Brandon Maxwell, Philosophy di Lorenzo Serafini, Oscar de la Renta and Dsquared. Bella became the first face of the Off-White show two times and she walked alongside with Kendall Jenner in Spring 2019 show. Now, she is one of the nominees for Model of the year at 2018 Fashion Awards and on the list of Models.com Top 50 Models.

Impressions: “Bella is the type of woman who doesn’t need very much makeup, so we were trying to figure out a way to translate her natural glow on the red carpet without using a lot.” – Vincent Oquendo, make-up artist, on Bella Hadid.

Sora Choi never thought she would become a model. She accompanied her friend to meet at a model agency YGKPlus and turned out she was signed on the spot. Since then, it changed her life. The 26-year-old model signed up for local designers in South Korea, and her first cover was for W Korea in 2012.

Three years later, she made her international debut at Louis Vuitton Cruise 2015 Show in Monaco. She has appeared in many campaigns including Dior, Fendi, Louis Vuitton, and Marc Jacobs ever since. Last season, she walked 50 runway shows in New York, London, Milan and Paris. She is currently on the list of Models.com’s Top 50 Models.

Vittoria Ceretti is a 20-year-old Italian model who represents a beauty model. When she was 14 years old, she entered the Elite Model Look competition in Italy and won the competition. Since she made her runway debut for the designer Kristina Ti, she opened a path for big fashion houses deals with Dolce & Gabbana, Armani, Prada, JW Anderson, Christian Dior, and many more.

When she just started her modelling career, Dolce & Gabbana offered her a three-year contract for their beauty line, and she became their testimonial from 2014 until 2017. This year, Ceretti is in Chanel Beauty campaign and Tiffany’s & Co. fragrance campaign. She was a nominee of Models.com 2017 Industry Awards as ‘Model of the Year: Women’ and became the runner-up from the Industry’s Vote. She is currently on the list of Models.com Top 50 Models.

Impressions:  “When I showed her photos, they said she was too classically beautiful, which in my view was and remains her strength. The fact that she embodies all the archetypes of the most cinematographic Italian-ness: a bit the Monica Bellucci by Richard Avedon, a bit Virna Lisi, a bit Monica Vitti. She’s a symbol of a nation’s beauty, like France’s Marianne.” – Piergiorgio Del Moro, casting director, on Vittoria Ceretti as reported from Vogue Italia.

Adut Akech began her career as a model when she was 12 years old. Her aunt, who is a designer, had her walk in a small-scale runway for her collection. After that, Adut Akech had getting scouted multiple times by local model agencies in Australia when she was 13 and 14 years old.

By the time she was 16 years old, she finally signed with Chadwick Models, her mother agency in Sydney. Her first gig was a local show for Melbourne Fashion Week, and then Saint Laurent signed her up for an exclusive contract for the SS17 show in Paris. She went on to close both their FW17 and SS18. Afterwards, she got signed to Elite Model Management in Paris. She is currently on Models.com’s The Hot List.

Impressions:  “Adut is amazing. She has this presence about her that goes beyond her undeniably beautiful looks.” – Kaia Gerber on Adut Akech as reported from Vogue Australia.

But the rejection encouraged her to keep working hard and never give up. Now, she is a regular in the VS show and signed up for many contract deals from other brands. This year, she opened four shows in Valentino, H&M, Chanel, and Escada.