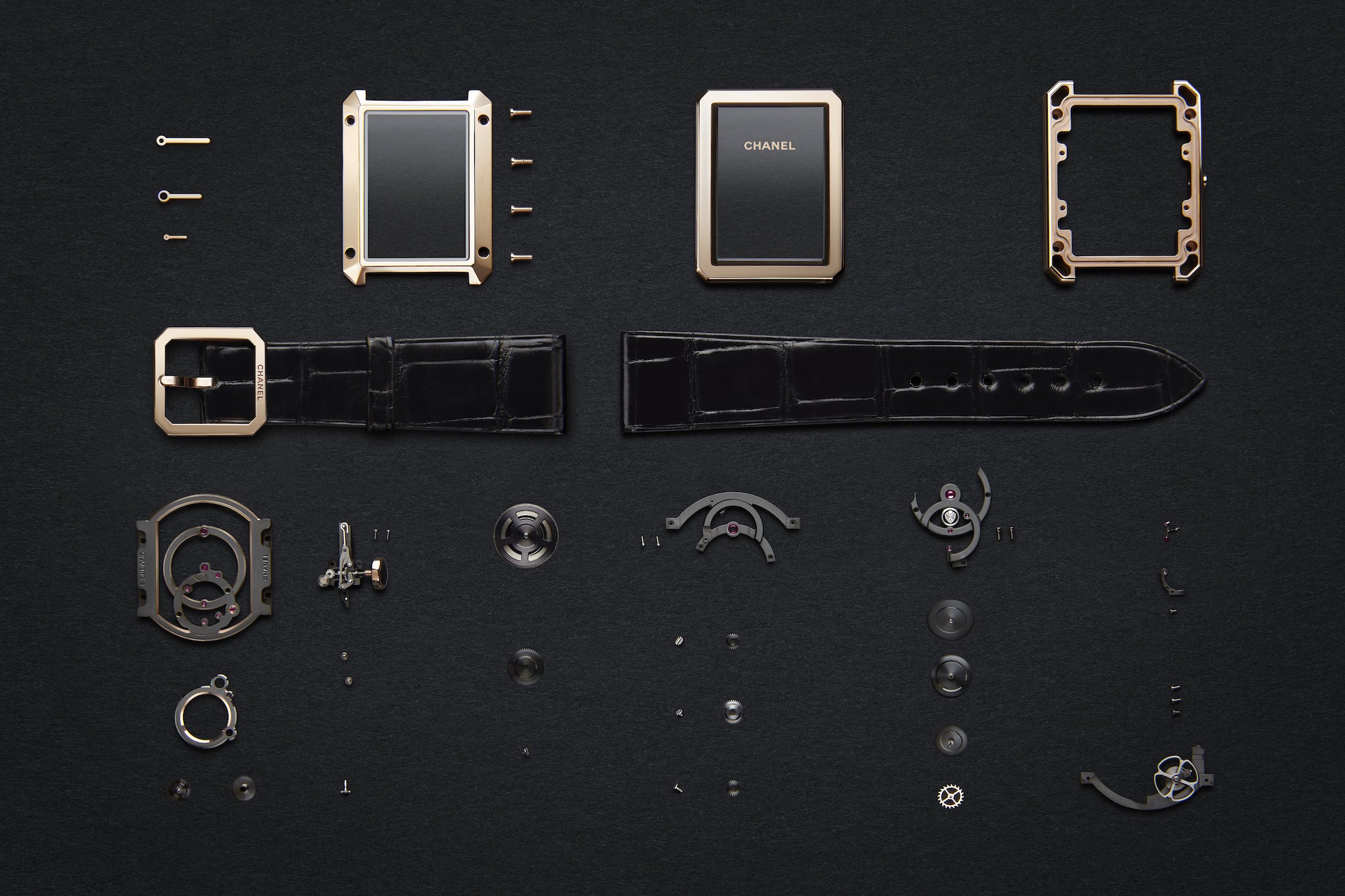 Chanel’s horological history may span three decades, but its treading into in-house movements in recent years has officially cemented its reputation as a powerful authority on watchmaking. For the fifth year running, the maison is an award-winner at the esteemed Geneva Watchmaking Grand Prix (Grand Prix d’Horlogerie de Genève) ceremony. The timepiece in question is its mechanical marvel: The Chanel Boy.Friend Skeleton. Honoured in the ‘ladies’ category, the iconic watch is run by Caliber 3, its third in-house movement.

SEE ALSO: The most beautiful watches on the market

Three years of development were spent creating it with a result that’s equal parts a feat in technology and design. Interlinked and vertically aligned circles in a black and brass finish appear to float in its rectangular beige gold case, disguising the actual bridges on the manual-winding movement. Look closer and you’ll notice that the wheels lack classic spokes with visible screws. These were galvanically grown to ensure that the wheels are completely flat, and of the right thickness and weight. Such attention to detail is attributed to the house’s partnership with independent Swiss watchmaker Romain Gauthier.

Beige-gold hands display time in hours and minutes while a power reserve of 55 hours and beats at 4 Hz points at a fairly impressive function. Made for women, the watch embodies the house’s legacy of epitomising the balance between the masculine and feminine. The timepiece boasts a shiny alligator strap and a simple buckle. Its octagonal shape takes inspiration from the Première watch, Chanel’s first timepiece from 1987, and features bevelled lines from the stopper of the Chanel No. 5 perfume bottle. It’s also available in a bezel set with 66 brilliant-cut diamonds.

K-pop Stars that are Making their Presence Felt in Fashion

11 Luxury Activewear Brands that are Sustainable