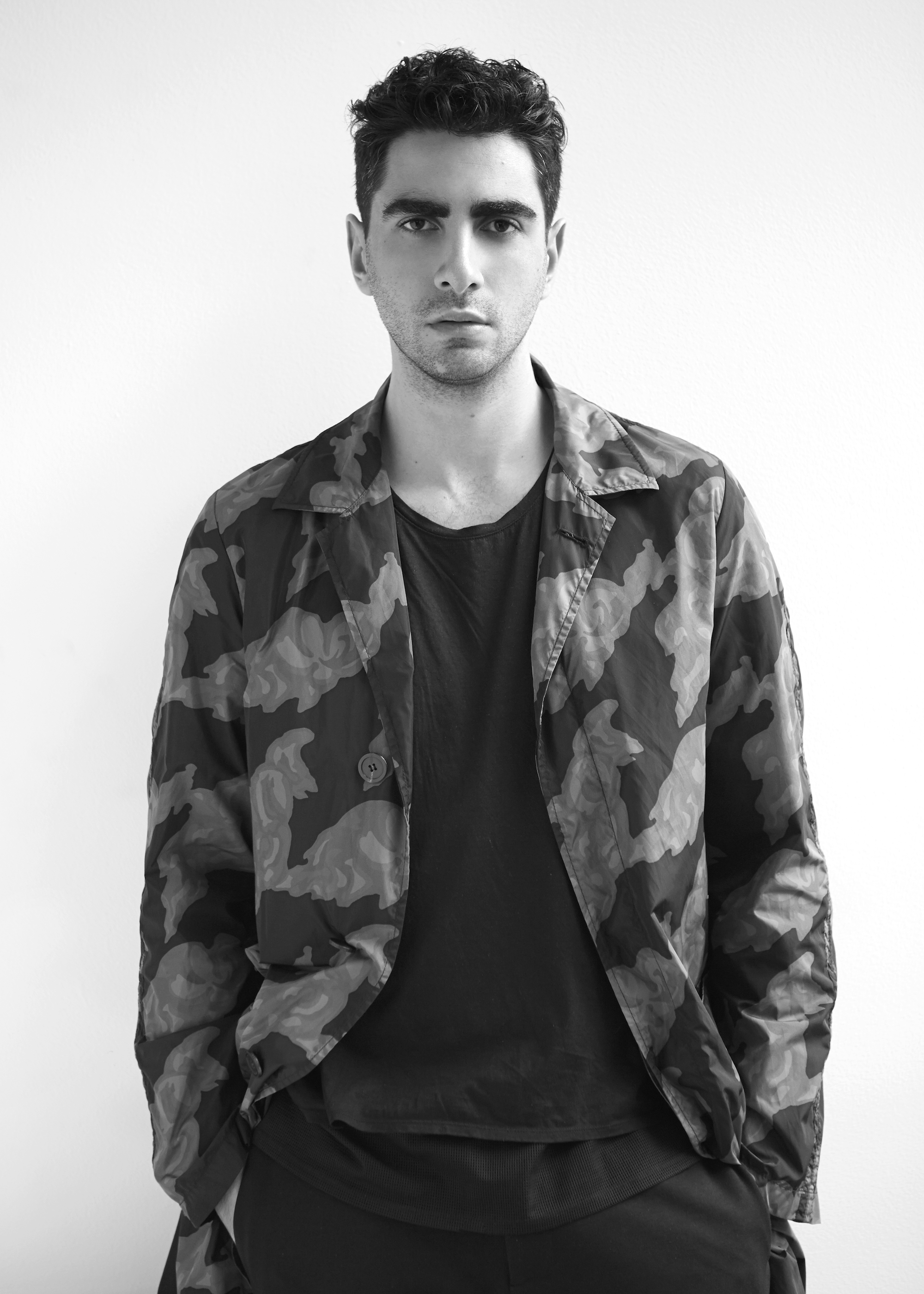 If you even vaguely glance at any fashion pages this year, you’ll have been made aware of the very loud, very intense revival of everything bombastic – logos, colour, sequins, 80s shoulders, velvet, lame. Seems like fashion has fully cycled past the pared-back basics aesthetic we’ve been subscribing to for the past few years. As with most languages, and yes, I would argue that fashion is among the best languages out there, there are exceptions to the rule. Australian designer Christopher Esber, whose exclusive collection is available in Lane Crawford right now, puts a spin on the existing idea of what is pared back and what is basic.

“I like the idea of having things pulled apart and, like, individualizing your piece, making it your own. With the buttons collection, I like the idea that the skirt wraps around, so that you can actually unbutton it and it kind of unravels.

So, you can make it have a split, or close it up, because you’re not feeling too sexy and you want to be a bit more modest, so it’s just kind of like giving girls that ability to play, and it’s not so fixed you know?

We also did this dress that was really successful. It was dissected in two parts, so you can unbutton it and wear it like a little bra, or a top, or a skirt. You can also break it up in two parts and wear it as a little bralette, or top, or – because it completely comes apart, you can wear it individually with a pair of denim, or even like a t-shirt with this skirt. I think it’s a recurring thing for me, I’ve always like that dual purpose on things.”

“For me, I would start with a really masculine silhouette, so whether it’s a t-shirt, or a shirt, or even a tank shape, I cut into that to release the rigidness of it all, kind of like feminize something that’s usually a bit more masculine. It might be via the draping of fabric off a really structured shoulder or something that comes through with the openings and slits.

We’ve been getting a lot of requests for red carpet so I’m being asked to do dresses which is more of a challenge for me. How do I do evening my way, which has been a fun thing to do.

It’s funny though because a lot of the pieces look like tops and skirts that have been stuck together.

But even with a gown, I designed one that’s like a long sleeve coat dress with a really open back. It still has that toughness to it. It’s kind of adding a more masculine, edgy, functional spin on it. The cloth looks like workman’s cloth. I’m always trying to find that high-low theme, something that seems ordinary or everyday but like really elevating it.”

On women and the Christopher Esber girl

“I don’t like to see women looking like damsels in distress, or too fragile. I like to see them a bit tougher and confident, strong and powerful. That’s why there’s always a masculine element, whether it’s in the shape or the fabric choice.

I’m very influenced by the women around me. I guess you choose who you’re surrounded by but I’m draw to funny women who don’t take themselves too seriously, who aren’t precious, who all have their own sense of style that’s quite high-low, put together but in a non-fussy way.

I work with a stylist who’s a dear friend of mine. We’ve been working together for years and she definitely embodies that woman. I even think of her sometimes when I’m designing so she’s a brand muse.

To be honest, I find a housewife dressed to the nines annoying. I’m like, I don’t want to dress you. Like, you’re not doing anything interesting with your life. That probably comes across as very surface-y but I just love interesting women that are not of the normal standard, of the same story. That’s what intrigues and motivates me.

Maybe there are a lot of brands out there that do that thing of a real head to toe look but that feels old now. Not modern, not relevant.”

On the Lane Crawford collaboration

“They pinpointed pieces from past collections of mine that they really liked. Then they asked me to design a capsule of eleven to twelve pieces, whatever I want. For me then I though ok well it’s warm in Hong Kong so function became my priority and the fabrics need to be breathable.

I wanted it to be more separates than evening. I wanted all my pieces to be able to be worn together. I’ve never been strict – that it needs to be shot this way or you need to wear it this way. I liked that girls would pull it apart and wear it in their own way – individualise their style, their look.

Navy is in almost every collection of mine and it’s kind of a brand colour so that was important to include. So there’s that and a bit of a masculine take but then I added this lilac millennial pink to make it sweet, to take something edgy and make it refined.”

“There have been so many growing pains. At first, I was quite in my own world. I was creating. But I’ve had to learn how to make decisions for the business. Learning to address something – if you see something wrong, say it. And I think, you know, realising that you’re in charge and to call things and people out before you see it happening.

When we started out, we might have missed a deadline or were late on a delivery and even in those early collections, especially those early collections, are really detrimental. We don’t have those problems anymore but they were really harsh learning curves. Because when you miss a delivery, you lose that account and you don’t bring that budget into the business, which you were relying on. You know, all these things that are crucial to growing the business.

Now though, with eight years in my belt, it’s second nature. I have an amazing team and having worked with these manufacturers for so long, they know how we like things done, and how things should be finished for us. We now try to train and educate the people around us to get in the same space, on the same level as us.”