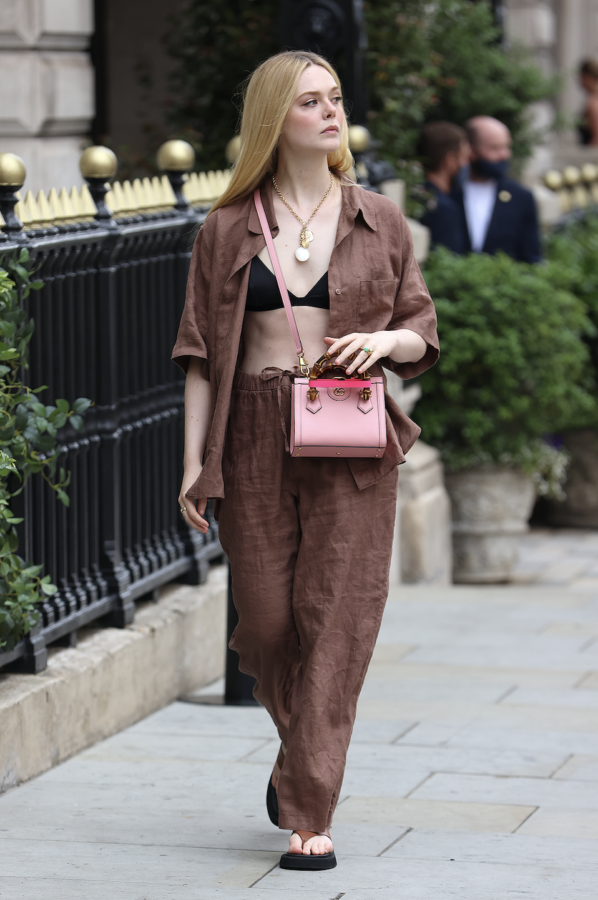 Style
Are Bamboo Handles Making Another Comeback? Gucci Diana Seems to Say So
Share
Next article

Gucci’s bamboo handle tote first appeared back in 1991, and just like all things 90s, it’s making a come back as the Gucci Diana.

Bamboo bags and casual totes always come and go, and it seems like Gucci is bringing the bamboo handles back into the scene. Reimagined by Alessandro Michele, Gucci Diana makes a departure from its original design, toting (no pun intended) a new removable, neon leather belts that nods back to the functional bands used to maintain the handles in the original version. One may say that the design keeps true to Michele’s approach to archival elements of Gucci designs of eras past.

Gucci Diana is not a demure bag. It carries a vibrant colour palette with unusual hues in seven different leather colours across three sizes (medium, small and mini). In fact, there seems to be a colour for every mood and everyone, whether that’s the timeless black, white and cuir or bright emerald, red, poudre light blue and sweet light rose.

The bags are paired with three matching colour belts to choose from: fluorescent yellow, pink and orange. The belts come with a functional buckle with a Gucci logo in metallic gold film on the outer side. You can also alternate looks by purchasing additional leather belts to go with the bag. Those who want to personalise their Gucci Diana subtly may also emboss the insides of the leather belts with letters and star symbols—in various metallic film colours—at a Gucci store.

For a more luxurious edge, the Gucci Diana also comes with a multicoloured python patchwork design, along with more classic colours such as black and rock (ecru). Other Gucci Diana in precious leather include models in crocodile and ostrich, with colours ranging from classic black and cuir to yellow, red, white and bright emerald green.

There’s certainly a lot of punch and attitude in this new iteration. Perhaps, what stands out most about this bag is its sharp silhouette, which captures the practicality of an item waiting to be brought out of the wardrobe. There’s a sense of reinvention in the Gucci Diana, but also timelessness and sophistication that captures the House’s emphasis on freedom, evolution and self-expression.

Sign up to get the latest luxury and lifestyle news delivered to your inbox.
Nicharee Phatitit
Senior Digital Writer
Print and multimedia content creator Nicharee is a journalist, translator and copywriter who has written extensively for several of Thailand's prominent lifestyle publications and luxury beauty brands. Her translation of Euny Hong's 'The Power of Nunchi: The Korean Secret to Happiness and Success' was recently published.
Art & Culture beauty Design & Property Lifestyle Wine & Dine