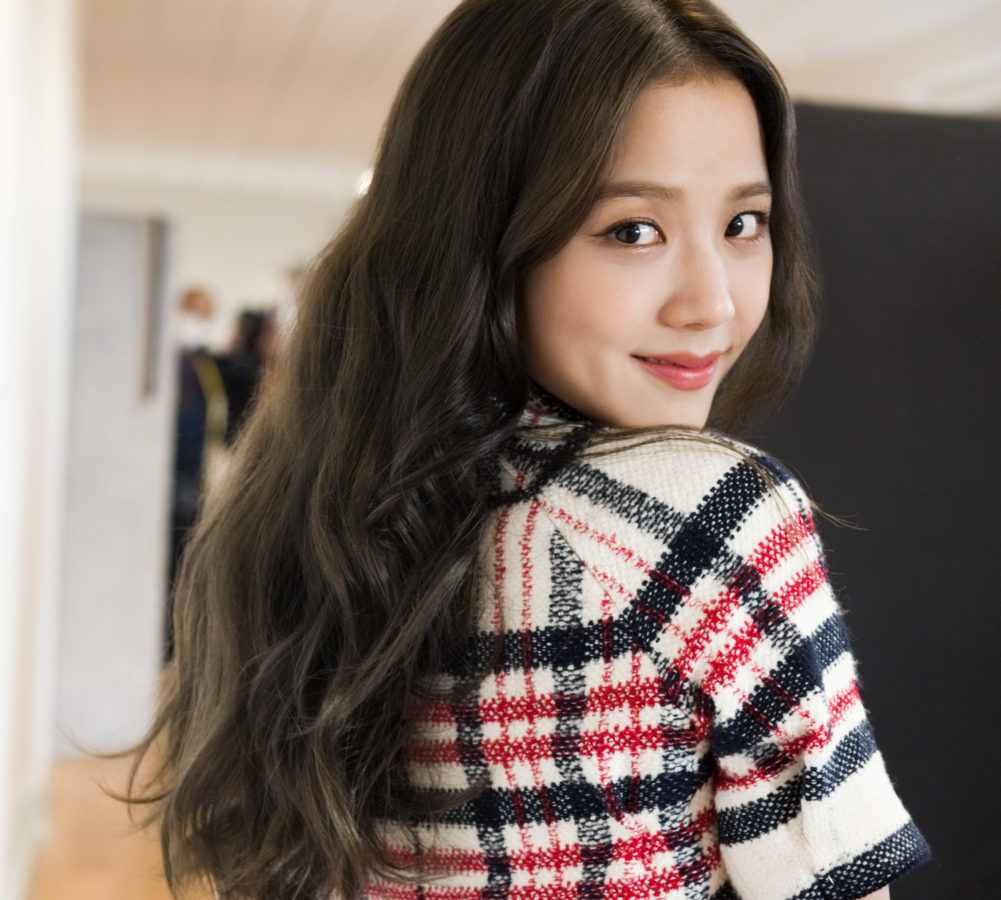 From front-row celebrities attending Paris Fashion week 2021, to glamour on the red carpet at the world premiere of James Bond: No Time to Die, here are some of the best celebrity looks from the past week.

Blackpink caused much furore at Paris Fashion Week this year, as the Korean girl band members were seen attending various shows. As Dior global ambassador for fashion and beauty, Jisoo from Blackpink was in attendance too, visiting the Dior atelier and studio, and admiring the Dior Heritage and Dior Beauty items.

Spotted during the London Fashion Week on September 21, 2021 was the model Erin O’Connor, who wore an Alexander McQueen t-shirt in ivory jersey with a black corset print, together with a belted parka skirt in black poly faille. She finished off the look with a pair of Tread Heeled Chelsea boots – all from the Alexander McQueen SS21 collection – to the BFC Changemakers Prize in partnership with Swarovski at Annabel’s in London.

Singer Beyonce was spotted wearing a Dolce&Gabbana green paillette cocktail dress with floral appliqués in her latest Instagram post for a fun night on the town.

One of the guests attending the British Vogue x Tiffany & Co. Fashion and Film party at The Londoner Hotel on September 20 was Dina Asher-Smith. She was spotted wearing an Alexander McQueen dress encrusted with a love spoon embroidery in bullion, crystal, metal thread work, metal sequins, and beads. She also opted for a pair of black leather over-the-knee boots and a sculptural Four Ring clutch to complete the look. All pieces are from the Alexander McQueen A/W20 collection.

On September 24, Chiara Ferragni was spotted attending The Prada SS22 Womenswear fashion show, which was held simultaneously inside the Deposito at Fondazione Prada, Milan and at Bund 1, Shanghai.

Rami Malek wore Prada while attending the world premiere of No Time To Die at the Royal Albert Hall in London on September 28. The actor looked suave in a Prada black wool and mohair tuxedo with a shawl lapel, white stretch poplin tuxedo shirt, and black satin bow-tie, along with black brushed leather Oxford shoes.

Harry Kane and his wife Kate Kane attended the World Premiere of  No Time to Die on September 28 in London. Mr. Kane wore a Dolce&Gabbana tailored three-piece tuxedo in black wool crepe with peak lapel and details in black silk satin together with a silk bow tie. He also paired his look with glossy patent leather derby shoes. Mrs. Kane wore a Dolce&Gabbana black bustier satin corset dress and accessorised her look with a matching mini Devotion bag and pumps.

Another celebrity spotted during the world premiere of the No Time to Die on September 28 was Ben Whishaw. He wore a tailored peak revers jacket with a patchwork of magnolia, tree of life, and silver lily pad embroideries. He paired this with a cotton poplin shirt and slim tailored trousers in black wool barathea. All pieces are from the Alexander McQueen SS22 pre-collection.
celebrity fashion celebrity red carpet celebrity looks No Time To Die James Bond venice film festival Red Carpet