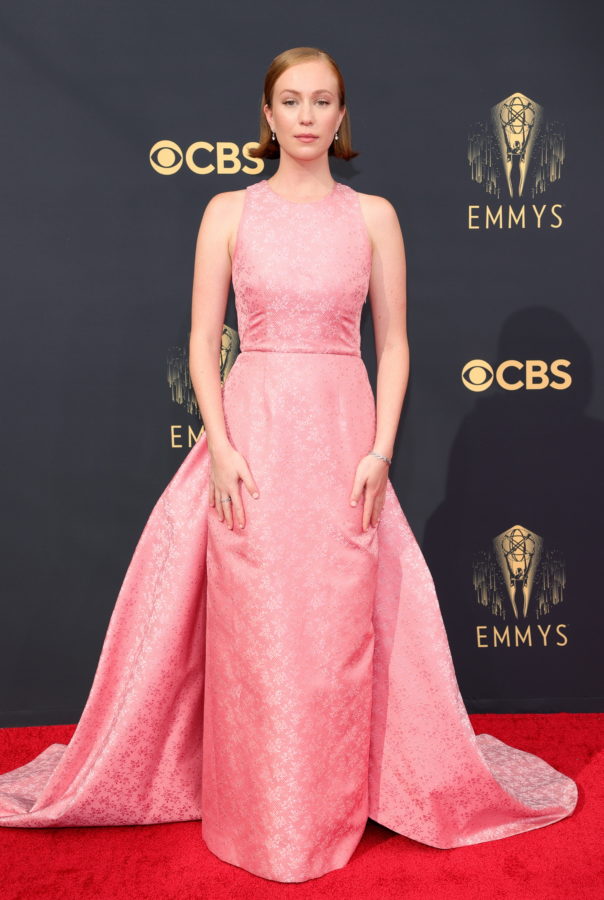 With September being the month of red carpet events and awards, many of us have become creatively inspired by the celebrity looks.

From Cara Delevingne in Dior, to Lady Kitty Spencer in Dolce & Gabbana, here’s a round-up of the best dressed celebrities at red carpet events you need to check out this month.

Also at the 2021, Met Gala Gigi Hadid was adorned in an ivory silk radzimir gown with contrasting duchesse black bodice, characterised by a wide slit back and an exposed neckline paired with black beaded tights. She also wore crystal embellished slingbacks pumps, black leather gloves, a black satin pouch with crystal embellishment and a black plex hair clip – all by Prada.

Jessica Chastain attended the premiere of ‘The Eyes Of Tammy Faye’ during the 2021 Toronto International Film Festival on 12th September 2021. She was wearing an asymmetric corseted t-shirt in white jersey. It featured ivory silk tulle pieced with a patchwork of trailing silver lily pad embroideries. She paired this with elongated cigarette trousers in black wool twill. She also wore a pair of antique silver pavé earrings and an embroidered Four Ring clutch, all from the Alexander McQueen A/W 21 collection.

Chanel brand ambassador Marion Cotillard wore a petticoat dress in black silk chiffon with a jewelled belt composed of a silver-grey chain and rhinestones from the Chanel SS21 Haute Couture collection. She wore this ensemble to to receive the 2021 Donostia Award at the 69th San Sebastian Film Festival Opening Ceremony on 17th September 2021.

Emma Corrin wore a Miu Miu yellow satin sable column shape dress with a bonnet and gloves, along with a pair of yellow satin pumps, to the Netflix celebration of the 73rd Emmy Awards at 180 The Strand on 19th September 2021 in London, England.

Sofia Boutella chose to wear pieces from the Alexander McQueen A/W 21 collection to the 2021 MTV Video Music Awards in New York on Sunday 12th September 2021. Her look featured a pieced and panelled dress with silver zip detailing in black poly faille with a black leather double belt. Added to that is a stunning glimpse of antique silver jewellery, Tread Heeled Chelsea boots, and the Four Ring pouch with bullion, glass beads, and metallic thread embroidery.

Hannah Einbinder wore a pink Prada jacquard gown with a bow detail on the back on the occasion of the 73rd Primetime Emmy Awards in Los Angeles on 19th September 2021 in Los Angeles, California.

Anna Konkle wore a dusty blue sablé dress with a crystal bow and crystal jewel buttons, together with silver leather sandals to complete the look on the occasion of the Emmy Awards on 19th September 2021.

Influential Women to Know: Ines Caldeira and Her Commitment towards Beauty Tech and Women Empowerment