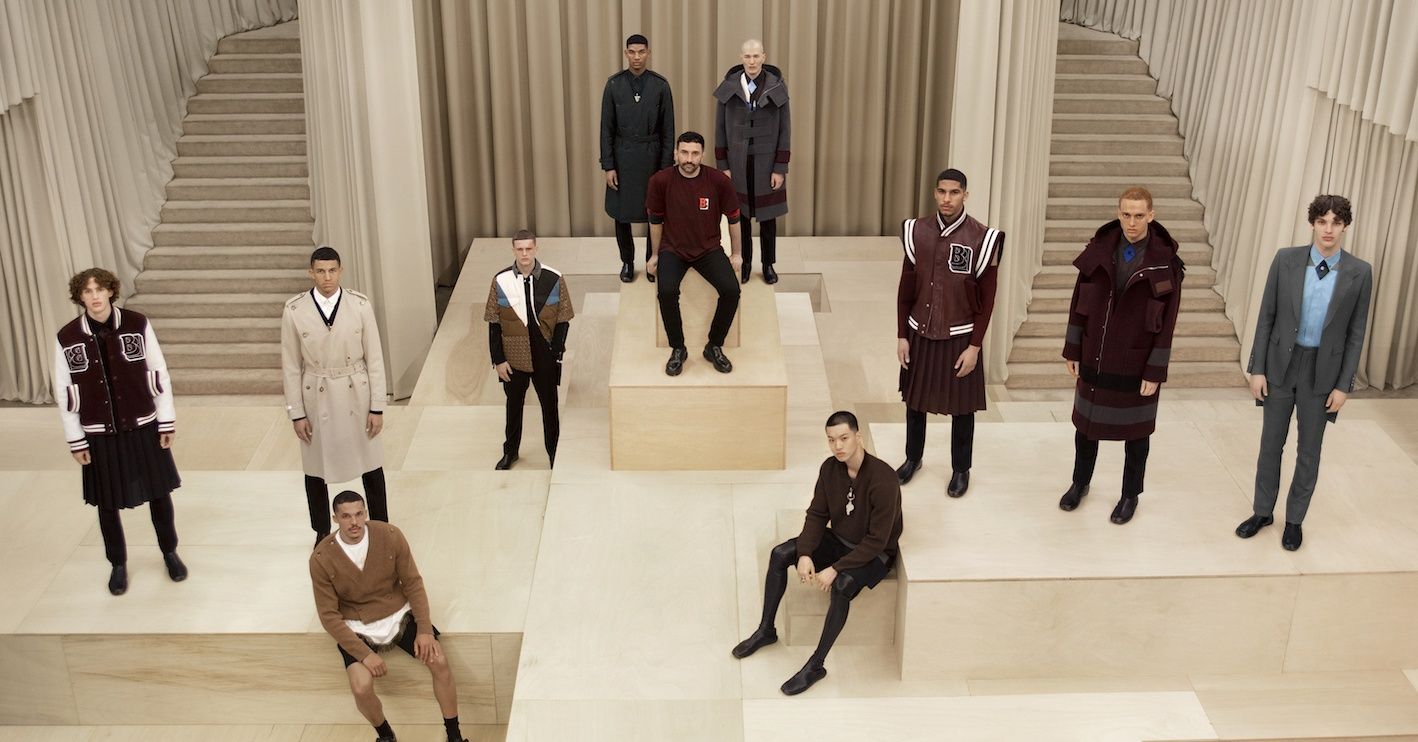 Style
The Burberry Fall/Winter 2021 Menswear Collection Is Here: From Hoofed Boots to the New Pocket Bag
Share
Next article

Like many other fashion brands, Burberry has decided to do things differently this season – the menswear collection.

For the first time since joining the British brand, creative director Riccardo Tisci chose to present his menswear collection alone. That’s a relief: his previous Burberry shows, combining both men’s and women’s collections, often spanned over a hundred looks.

For Burberry’s Fall/Winter 2021 show, which was livestreamed on Twitch and Instagram, that number dwindled — and Tisci’s creative vision has sharpened with it. “I wanted to celebrate the freedom of expression,” shared the designer. “Enclosed indoors, I dreamt of the outdoors and its beauty, fuelled by the thought of the creativity that comes when we are together.”

The show was indeed set indoors, at Burberry’s Regent Street flagship. Tisci’s choice of venue wasn’t merely an aesthetic one; it was historic, too. “In the 20th century, the store was a gallery where a new generation was invited to present their arts and crafts, which I found amazing,” he said, referring to the British movement that had artists and designers championing handmade crafts and artisanal techniques in response to the industrial revolution.

All of that inspired his most cohesive Burberry collection to date, with tons of Tisci signatures from his Givenchy days thrown in the mix. Below, we take a look at the highlights from the show.

If you haven’t noticed, animals are always figuring their way into Burberry collections. The brand’s logo itself features a knight on a horse, while founder Thomas Burberry’s family crest had a unicorn on it. Tisci has loyally maintained the British label’s association with animalia, conjuring everything from cow print T-shirts to heels with Dalmation spots. (You might recall that Tisci had already spelled out his own fascination with fauna at Givenchy, where he gave us the famous Bambi tee and Rottweiler sweatshirt.)

For F/W 2021, Burberry’s Animal Kingdom theme was driven home by the photographic prints of mink and fox fur — as seen on the boxy, collared shirts — as well as the knitted beanies with deer-like ears poking out. And, to give the Margiela Tabi boots a run for their money, Tisci also designed an array of boots and sneakers with soles that resemble deer hooves.

The Tisci signatures
While his past Burberry collections served to dress archetypal characters like the Boy and the Gentleman, Tisci’s latest offerings were clearly designed for his fans. His signature men’s silhouette, which fanboy Kanye West sported all throughout the beginning of the 2010s, was recreated from head to toe: there were the varsity jackets and boxy graphic tees emblazoned with stars, layered over kilts and leather sock boots. Can a winning formula work twice? Hedi Slimane is still trying to figure out the answer to that one.

The new Pocket Bag
In the spirit of exploring the great outdoors, Tisci unveiled new, practical styles of Burberry’s beloved Pocket Bag. This season, there were leather bum bags and backpacks designed for travellers; the latter even came with blanket straps to slot in extra baggage, or even an umbrella.

The messenger bag
The F/W 2021 show also debuted a new Burberry bag: a supersized, hiking-inspired messenger bag with a reconstructed strap. It doesn’t have a name just yet, but it’ll no doubt become just as big as the Pocket Bag. On the runway, models showed off versions that came in faux fur, leather and the ubiquitous Thomas Burberry monogram print.

New takes on the trench coat
This season, Burberry’s classic trench coat was elegantly cinched with scarf belts and featured fringed cuffs — the latter nodding to the free-spirited mood of the collection. Even more surprisingly, Tisci also introduced a trench coat that came, collarless, with the V-neckline of a sweater.