By Gennady Oreshkin and Natasha Sethi 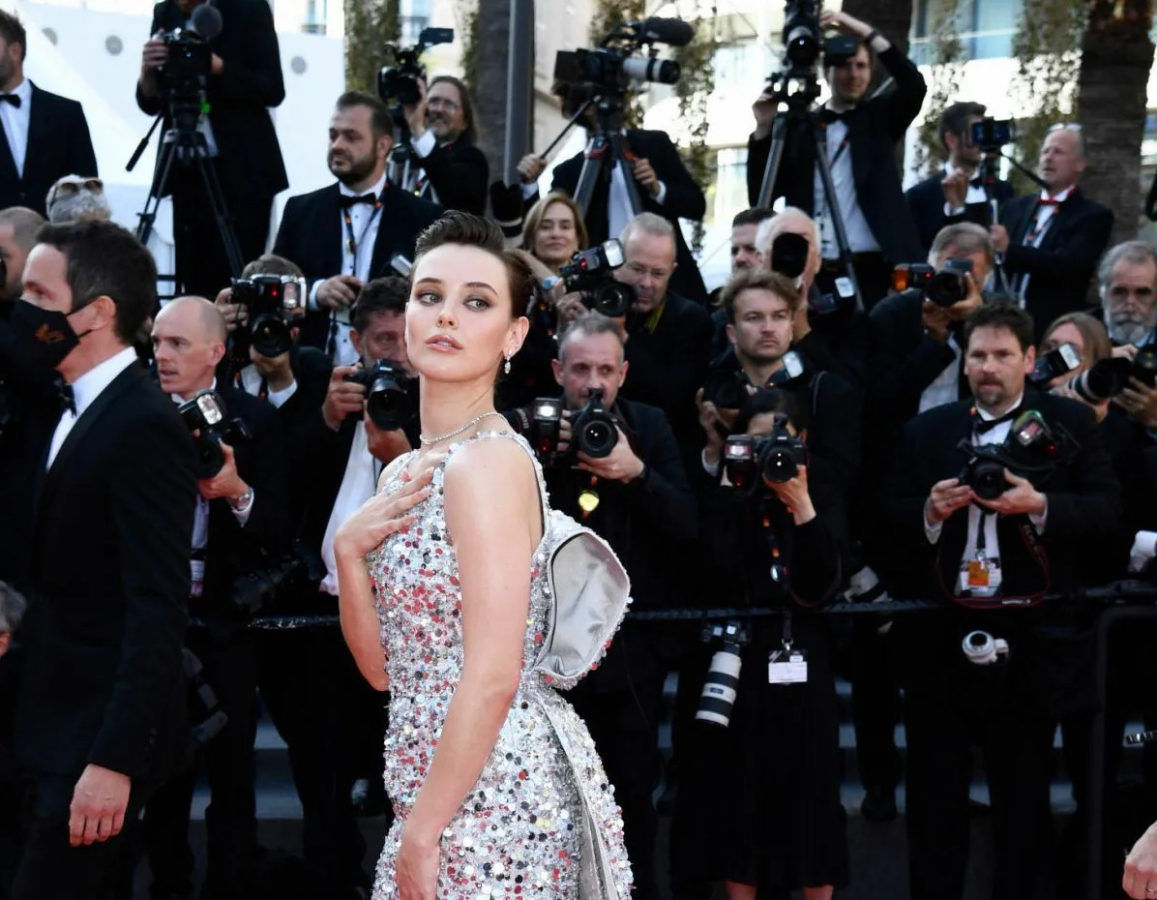 After taking a look at some of the highly anticipated films and screenings at this year’s 75th Cannes Film Festival, the glam-and-glow event has finally arrived.

Only a few days have passed since the Met Gala red carpet, but award season is like an untamed river somewhere in a Norwegian forest – it doesn’t stop no matter how your eyes are tired of it. And now, we are off to the Cannes Film Festival 2022 – our beautiful saviour from all the coverage about Kim Kardashian’s weight loss journey to fit into an allegedly haunted Marilyn Monroe dress.

The festival has bounced back from Covid-19 and is back in full swing in the French Riviera. This year marks the descent of Deepika Padukone, Rebecca Hall, Noomi Rapace and Jasmine Rinca onto the jury thrones. And, while we wait for their just verdict on which film will receive the Palme d’Or, we will pass the time by marvelling at the glamour on the red carpet.

Deepika Padukone’s look at the Cannes Film Festival this year was, perhaps, the most photographed one – and rightfully so. The new judge (Chennai Express, Gehraiyaan) wore a stunning sequin-studded Sabyasachi gown on the red carpet. The couture sari of orange and black was meant to evoke the imagery of a Bengal tiger. The piece came from Sabyasachi’s Aakash Tara collection, which celebrates heritage Indian crafts and techniques. Padukone’s jewellery, made by the skilled hand of the same designer, was a balanced mixture of Indian architectural motifs and Art Nouveau elements, with coloured stones in varying cuts and gold galore.

Another fresh judge, Rebecca Hall (Passing, The Prestige), stunned the red carpet in an exquisite custom Gucci gown in pink and red, covered in crystals. In its construction, the dress reminded the pieces that strutted the Hollywood Boulevard during Gucci’s Love Parade last year. This is a huge time for Hall. 2021 market the actress’s directorial debut in Passing, a story about two black women in the 1920s New York, one of whom is passing as white. Unfortunately, the film did not win the Golden Globes and couldn’t secure an Academy Award nomination.

The star of Still Alice and Dear Evan Hansen decided to opt for simplicity at the Cannes Film Festival this year. On the red carpet, Moore wore a black silk Bottega Veneta gown with a fitted bodice, dropped waist and knotted details at the straps. The actress styled the dress with an ensemble of a necklace and ring of diamonds, emeralds and white gold from Bulgari’s high jewellery collection. Recently, Moore has announced that she is set to portray Joy Mothertrucker, an ice road trucker, in an adaptation of the eponymous novel authored by Amy Butcher.

Katherine Langford (Cursed, 13 Reasons Why) chose Prada for her red carpet appearance at the 75th Cannes Film Festival. Langford wore a custom floor-sweeping sleeveless gown with silver sequins, complemented with a dramatic train constructed to resemble a glamorous bow. This year marks the 26-year-old actress’s first appearance at the festival – a milestone that we are told was possible thanks to L’Oreal Paris, whom she attended it with. 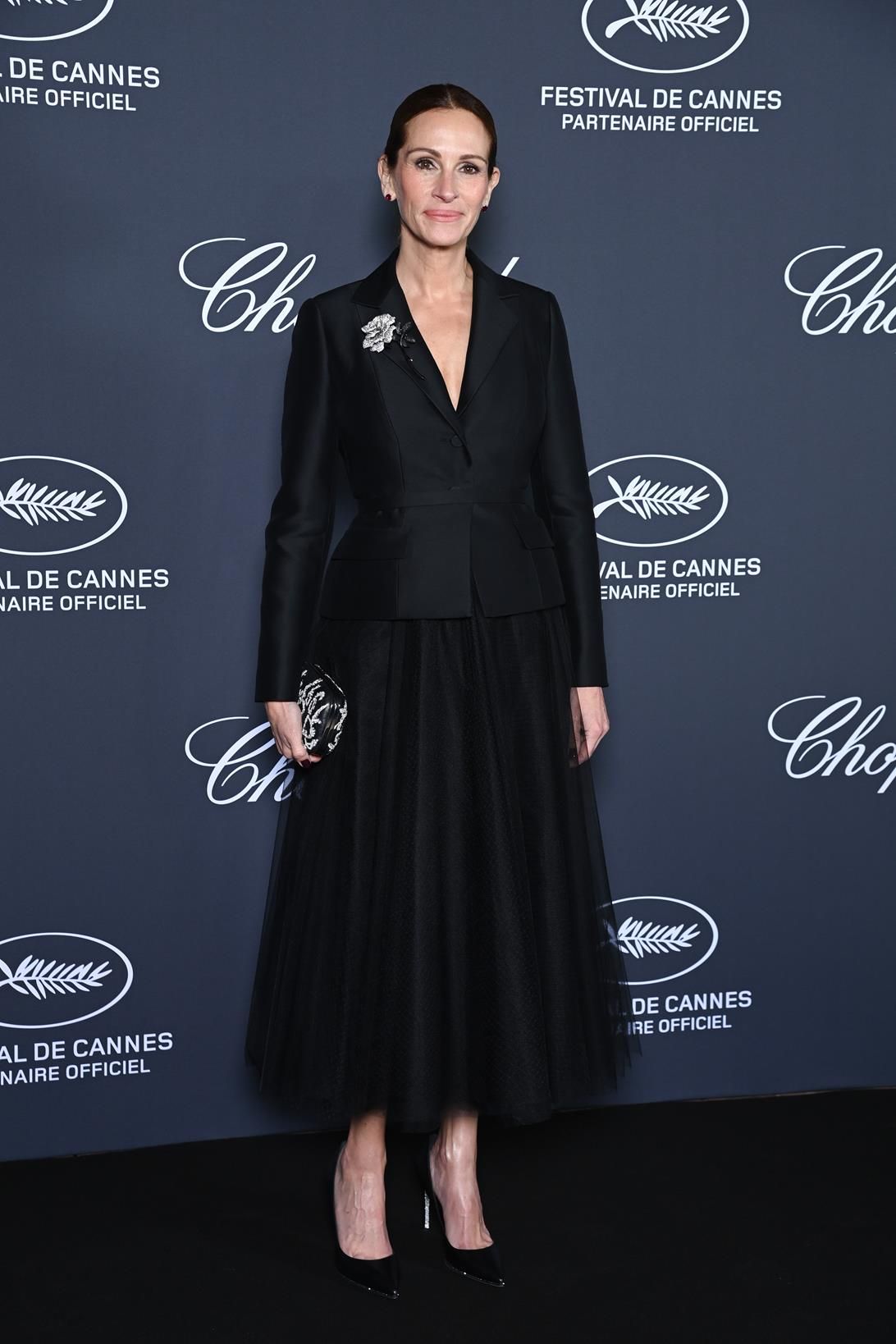 2022 Cannes Film Festival marks the actress’s first return to La Croisette since 2016, where she showed up beauteous and barefoot. This year, Julia Roberts made her evening red carpet appearance dressed in a tailored, timeless outfit in the form of a Dior Haute couture black Bar jacket paired with a black Tulle skirt by Maria Grazia Chiuri. 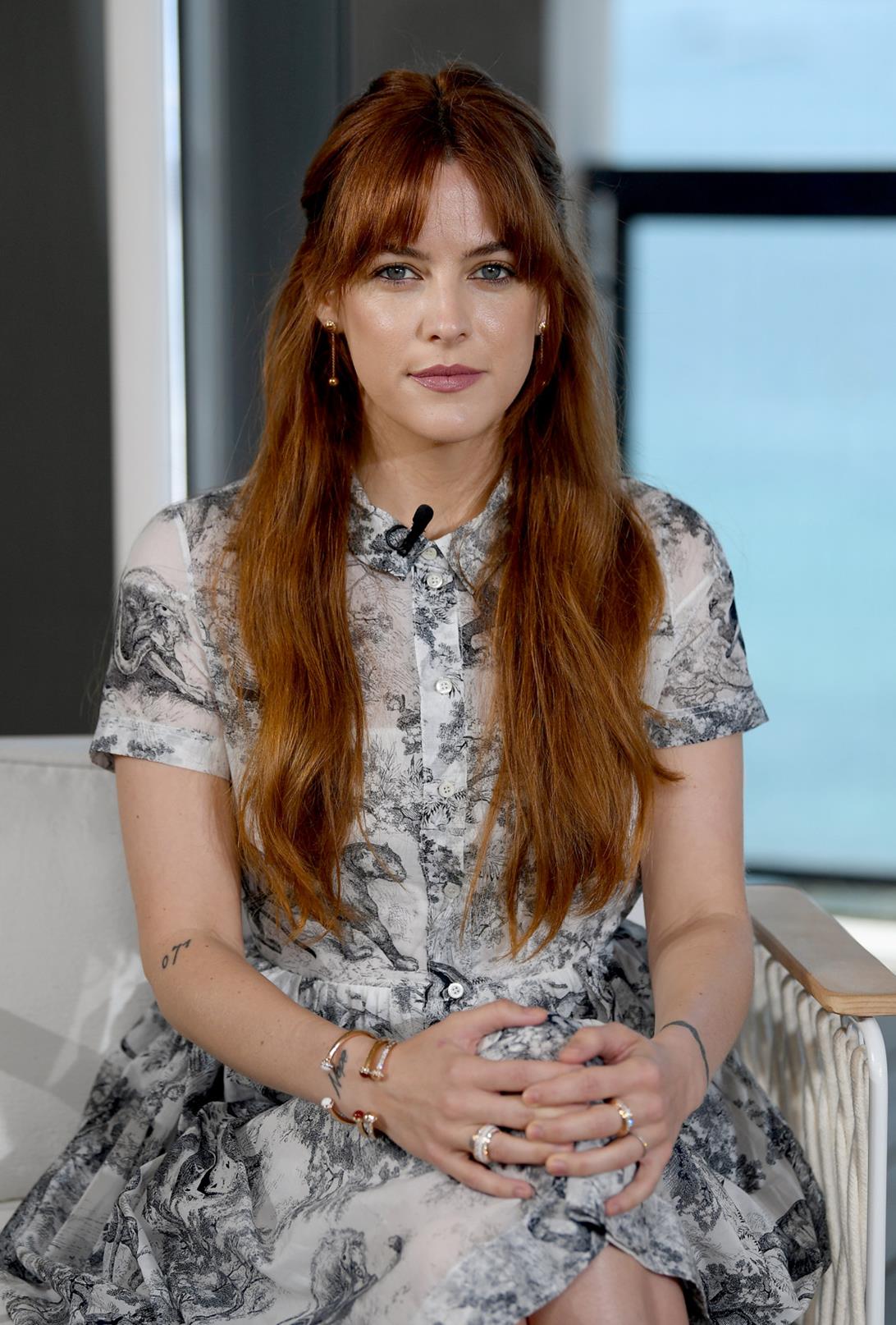 American actress Danielle Riley Keough made her directorial debut at this year’s film festival in a swish, sheer one-piece, the DIOR RIVIERA silk dress. She sported the black-and-white dress patterned with subtle animal prints with her hair down. 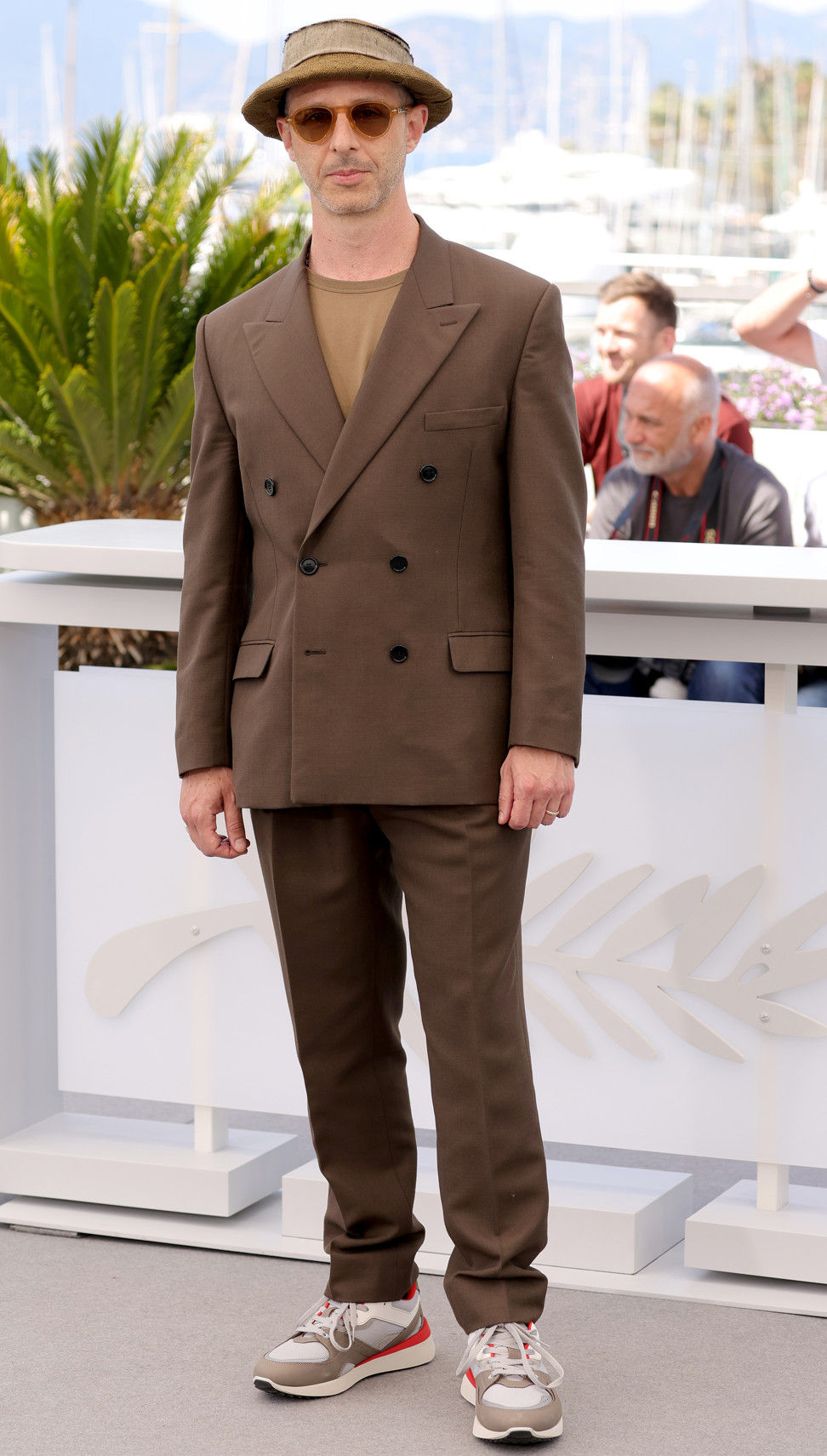 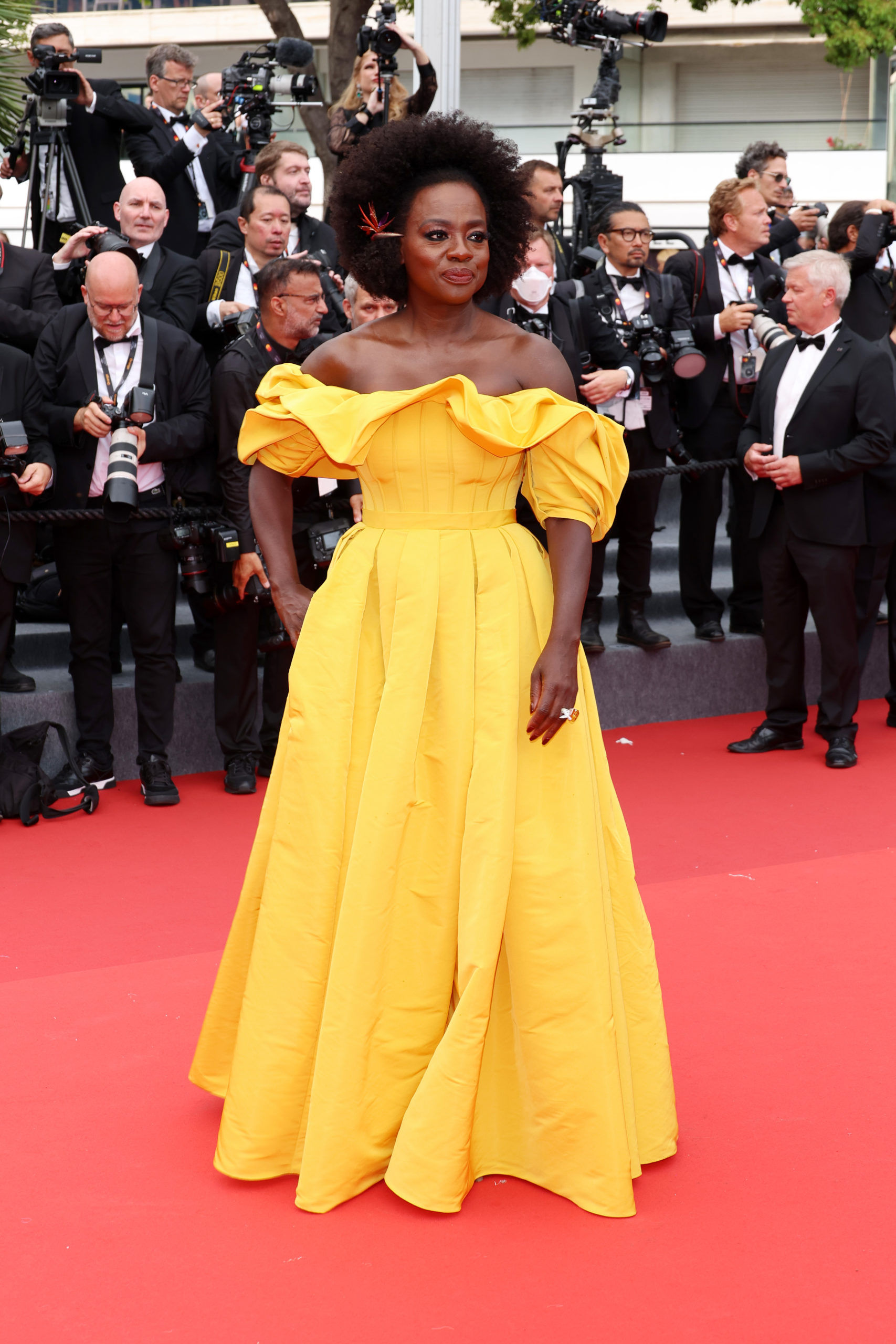 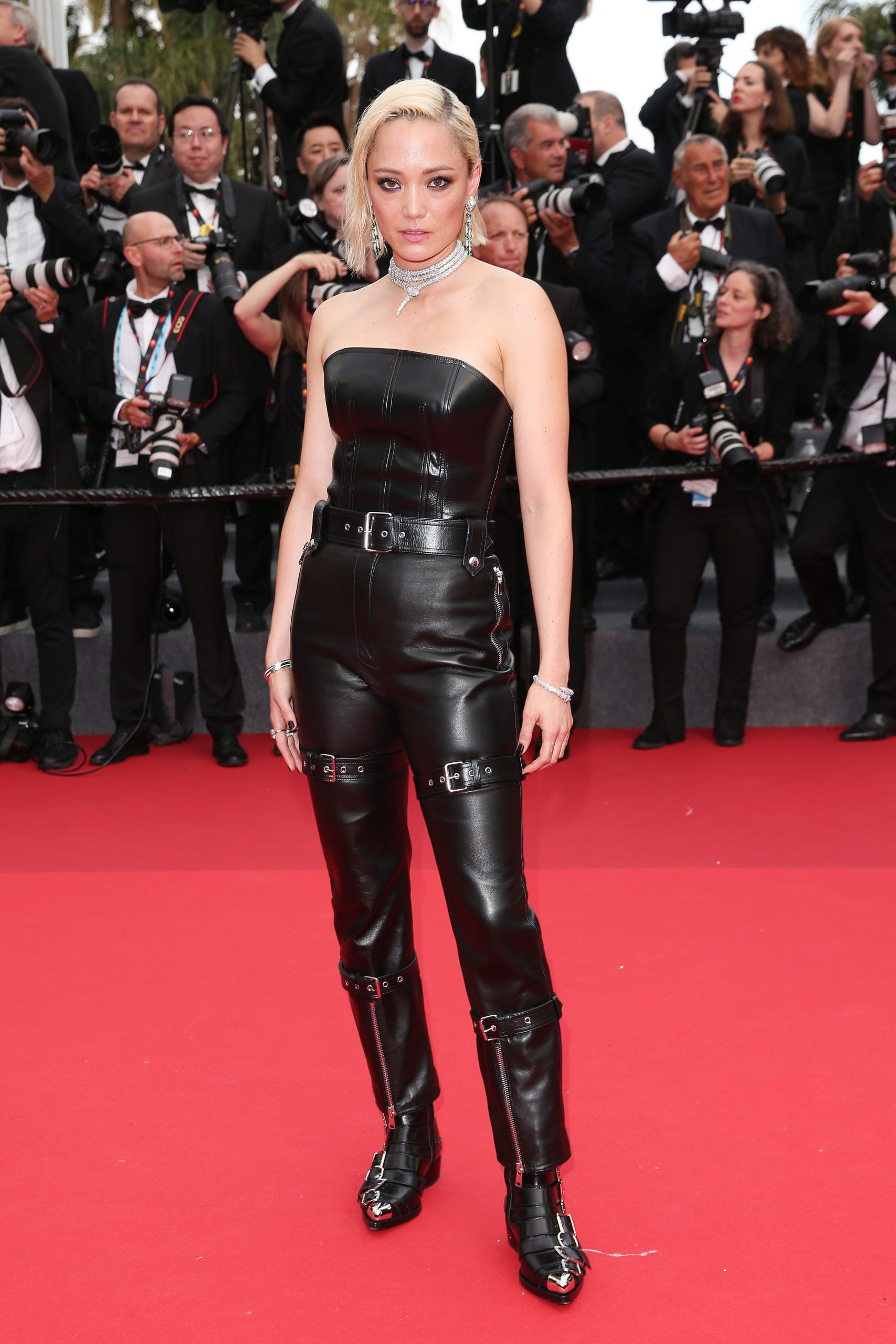 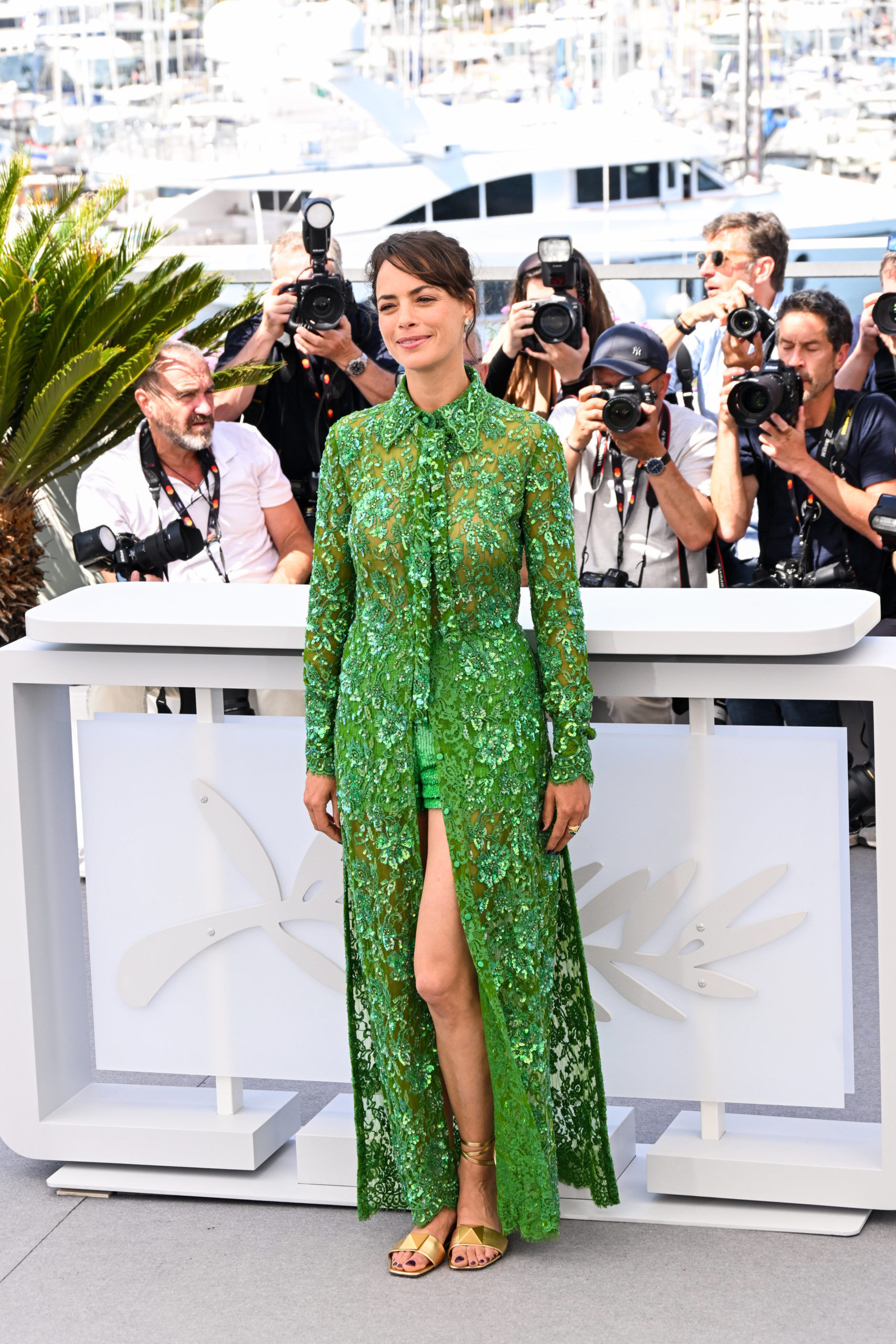 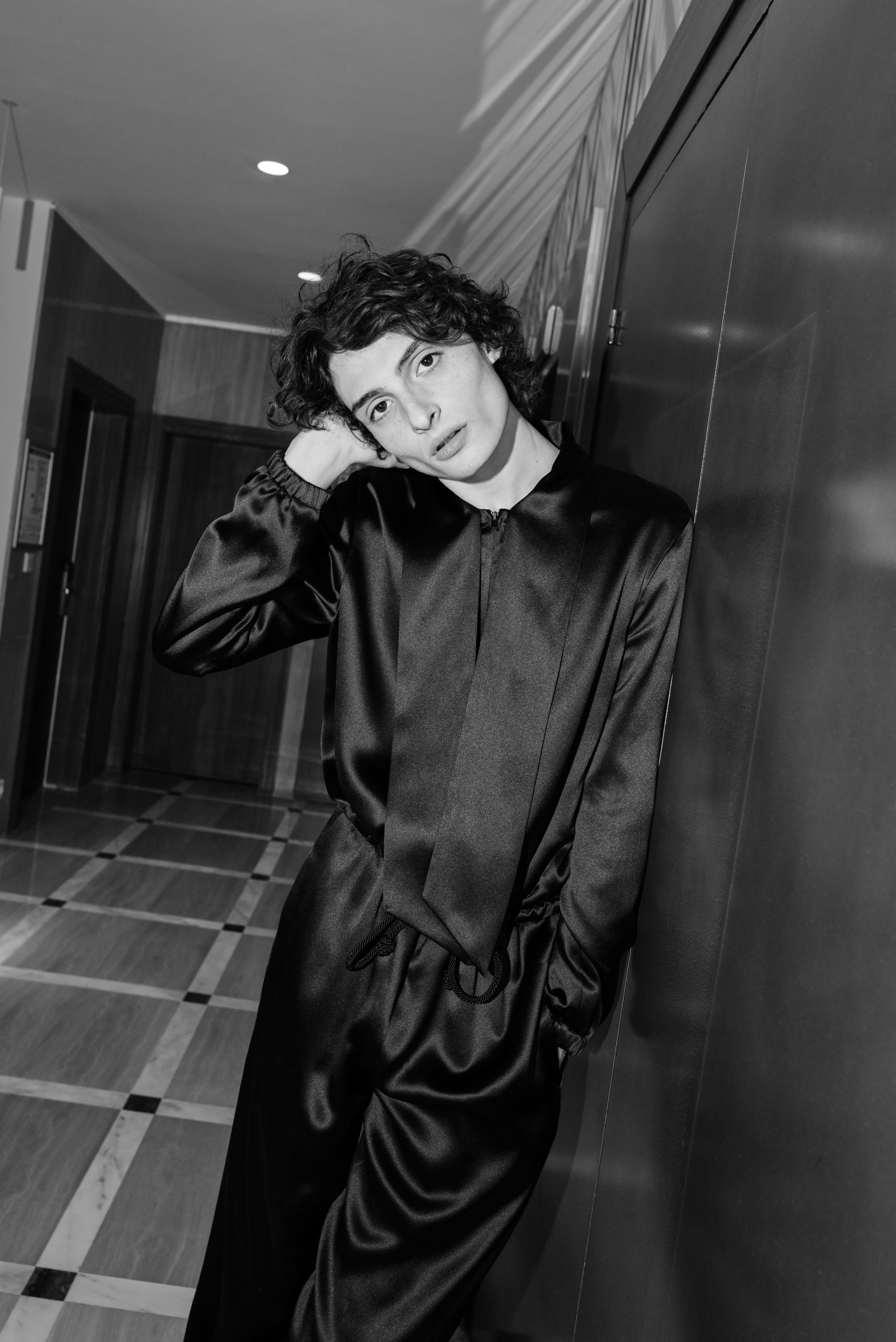 Lastly, we have Stranger Things star Finn Wolfhard clothed in silky separates, bringing elite fashion to the storied red carpet. The fashion world’s latest clotheshorse reminds us that the sophistication of silk goes beyond loungewear. This all-black ensemble is courtesy of Saint Laurent.