Conversations: Carine Roitfeld Talks Savoir-Faire and the Art of Attire 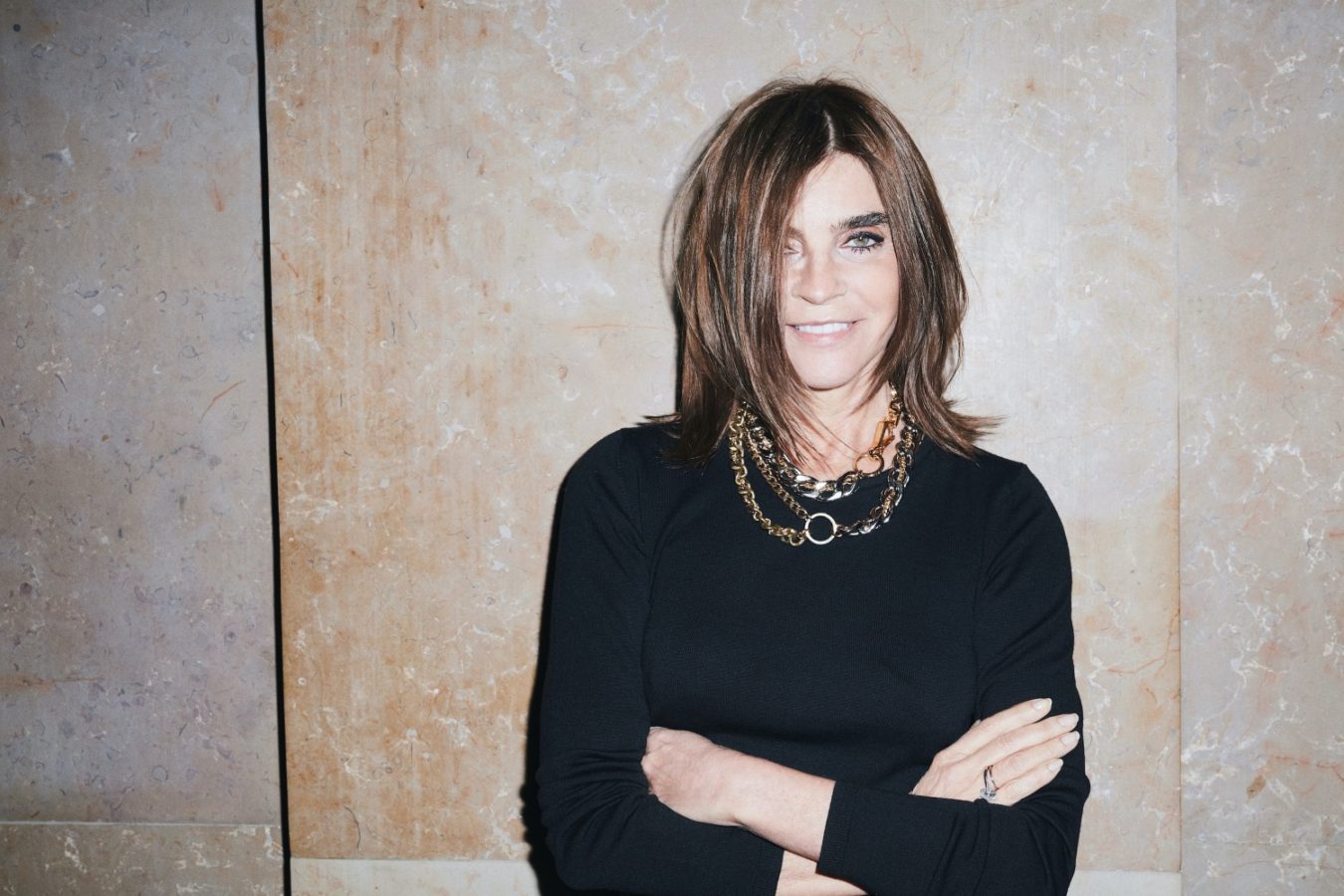 Last month saw the launch of Adrian Cheng’s highly-anticipated Savoir-Faire: The Mastery of Craft and Fashion Exhibition at K11 Musea, which was curated in collaboration with former model and editor Carine Roitfeld. She opens up about the project with Prestige.

French culture is crystallised in haute couture. A pinnacle of artistry and craftsmanship, it represents the purest form of fashion history. Today, however, Parisian ateliers are not the only places where couture resides; it’s a global phenomenon that carries historical significance and could well be the device that saves the fashion industry from itself. With textile innovations developing at the most rapid pace ever, and art – and art education – becoming democratised, made-to-measure garments are on their way to rivalling prêt-à-porter in popularity. Charles Frederick Worth would have been in shock.

Last month, it was Hong Kong’s turn to carry the torch in art and design education by hosting the ambitious couture event, Savoir-Faire: The Mastery of Craft and Fashion. The CEO of New World Development, Adrian Cheng, has long believed in the power of creativity to effect change, a precept epitomised by the opening of K11 Musea, a one-of-a-kind complex combining retail and cutting-edge art. Since its opening, it has championed art education, craftsmanship conservation and innovation – and for K11’s most recent project, Savoir-Faire, he enlisted the taste and expertise of the original French It-girl, Carine Roitfeld.

Roitfeld began her love affair with fashion in the 1970s as a model. She then went on to become a writer and stylist, often collaborating with the photographer Mario Testino, and in 2001 she began her tenure as Editor-in-Chief of Vogue Paris. Roitfeld stepped down from the position in 2011 and, together with her son Vladimir, founded CR – a media company that transcends the boundaries between culture and style.

The partnership between Roitfeld and Cheng began with a series of seminars titled K11 Original Masters; a recent episode featured Schiaparelli’s creative director, Daniel Roseberry. The talks marked the beginning of Roitfeld’s journey as the curator of Savoir-Faire. “Adrian and I share a mutual passion in the preservation of savoir-faire. I really admire his commitment to the arts and leadership in making sure it can be available to all,” she says. Having witnessed at first hand the birth and death of the most prominent fashion trends of the past two decades, first with Vogue Paris, then with CR Fashion Book, Roitfeld has a personal relationship with the artistry of garments. “Throughout history, editors have used the pages of magazines as a canvas to bring to life fashion’s most extraordinary ideas and creations,” says Roitfeld. “To me, savoir-faire is a know-how that combines heritage, innovation and creativity.”

When creating Savoir-Faire, Cheng and Roitfeld looked at craftsmanship through the lens of high fashion, creating a deeper context for it by adding works of decorative arts that employ centuries-old techniques. Extraordinary pieces from labels such as Chanel, Dior, Versace and Givenchy were displayed alongside creations from the archives of K11’s Craft & Guild Foundation, including Guangcai porcelain dishes and Baibaoqian lacquer pieces. “My hope is for the audience to feel closer to these great examples of savoir-faire. It’s not a history lesson. Adrian and I wanted it to be more personal and connect the audience with savoir-faire in a more intimate way,” says Roitfeld.

The evolution of couture and fashion, in general, is fascinating to follow. Azzedine Alaïa, for instance, always pinned his dresses, while Karl Lagerfeld made drawings by hand. Now, the pressing necessity to follow such workflows is no longer there. The industry is finding itself on a precipice of change, which forces both seasoned and new designers to contemplate the glories of the past and find novel ways to pay tribute to them. A noteworthy example of such a process would be the way in which Daniel Roseberry re-elevated Schiaparelli to its former lofty pedestal in fashion. Roseberry draws inspiration from surrealism in his collections, yet eschews Elsa Schiaparelli’s interpretation of the cultural movement.

Roitfeld herself is excited to see such a change. “What I love about couture is its evolution, and how young designers are rethinking couture in modern ways that are also sustainable,” she says. “I think couture and prêt-à-porter tend to blend together – this is one of the reasons why I decided to show not only couture but also ready-to-wear in the exhibition.”

The darkened exhibition space at K11 Musea features a red lacquered podium in the centre, two white corners and an area covered in mirrors. Each zone corresponds to a different theme: Atelier Tailleur, Bridal Couture, Modern Reinvention, Tales from the Runway and Extreme Craft. “All names were inspired by both the couture vocabulary and the names of some of my fashion editorials,” says Roitfeld.

Atelier Tailleur serves as a snapshot of the changes in tailoring over the decades. It includes Alexander McQueen’s houndstooth-wrapped take on The New Look, alongside Maria Grazia Chiuri’s own interpretation, which she showed in Dior’s spring/summer 2017 show. An ensemble from Saint Laurent’s autumn/winter 2020 collection, through which Anthony Vaccarello shared his dreams of latex as the “new denim”, is also there, alongside signature pieces from Chanel, Thierry Mugler and Jean Paul Gaultier.

Elegance reaches its zenith in Bridal Couture, an extraordinary collection of wedding gowns from Chanel, Atelier Versace, Valentino, Mugler, Oscar de la Renta and Givenchy. Roitfeld feels especially connected with the dress from Gianni Versace’s autumn/winter 1997 collection. “It’s his last dress that came out on the runway, and I was working with Gianni on his show at that time,” says Roitfeld. This wasn’t the first time Versace’s last show inspired a global art event – in 2018, a golden dress from the same collection was inducted into the Costume Institute’s Heavenly Bodies: Fashion and the Catholic Imagination exhibition, which suggested the theme for that year’s Met Gala.

Savoir-Faire also presents couture reimagined by the new generation of designers. A body-shrouding crystal dress from Richard Quinn is as grand as the Save The Quinn show, for which both Anna Wintour and Queen Elizabeth occupied front-row seats. Next to it sits a look from Balenciaga’s autumn/winter 2021 collection, with metallic chevalier boots, which sparked pop-cultural pandemonium on social media. And, it wouldn’t have been a curation of next-generation couturiers if there hadn’t been a place for Iris Van Herpen, whose 3D-printed black dress, worn by Solange Knowles at the 2018 Met Gala, makes an appearance in Modern Reinvention. Other pieces featured are by Chanel, Loewe and Schiaparelli.

A selection of fantasy-inspired dresses with a high-fashion twist, Tales from the Runway tells a story of “what couture dreams are made of”, despite just two of them belonging to couture collections. They include a Louis Vuitton dress from the autumn/winter 2020 collection, alongside the limited-edition ARTYCAPUCINES bag designed by Josh Smith, an avant-garde Richard Quinn gimp gown from autumn/winter 2021, and looks from Valentino, Matty Bovan, Celine and Christian Dior.

The grand finale of Savoir-Faire: The Mastery of Craft and Fashion is Extreme Craft, a celebration of designers who challenged norms with their meticulously detailed sculptural garments. The chainmail-inspired dress from Paco Rabanne’s spring/summer 1993 couture collection is the oldest garment featured in the exhibition, while the look from avant-garde designer Tom Van der Borght is by far the most extravagant. A sustainably made gown from Givenchy’s autumn/winter 2021 ready-to-wear collection is an example of high-tech complementing traditional craftsmanship rather than overshadowing it. That, for Roitfeld, is the future. “I don’t think technology will replace craftsmanship, but rather be a part of its evolution,” she says.

There’s an air of froideur to Roitfeld. Some two decades ago, her daring styling, often coloured with notes of eroticism, propelled Vogue Paris into a new era. From her explosive collaboration with Mario Testino on a 72-page celebration of Elizabeth Taylor in V Magazine to her renowned Chanel campaign in 2011, Roitfeld has long been a symbol of impeccable taste. Having created images and concepts that became idolised in the fashion world, she possesses an unquestionable authority on the subject – and her comment on fashion in Hong Kong is filled with warmth and affection.

“I think Hong Kong has always had a great love for fashion, combining an appreciation for high western designs as well as local designs,” she says. “K11 Night, which celebrated the exhibition opening, is the perfect example.”