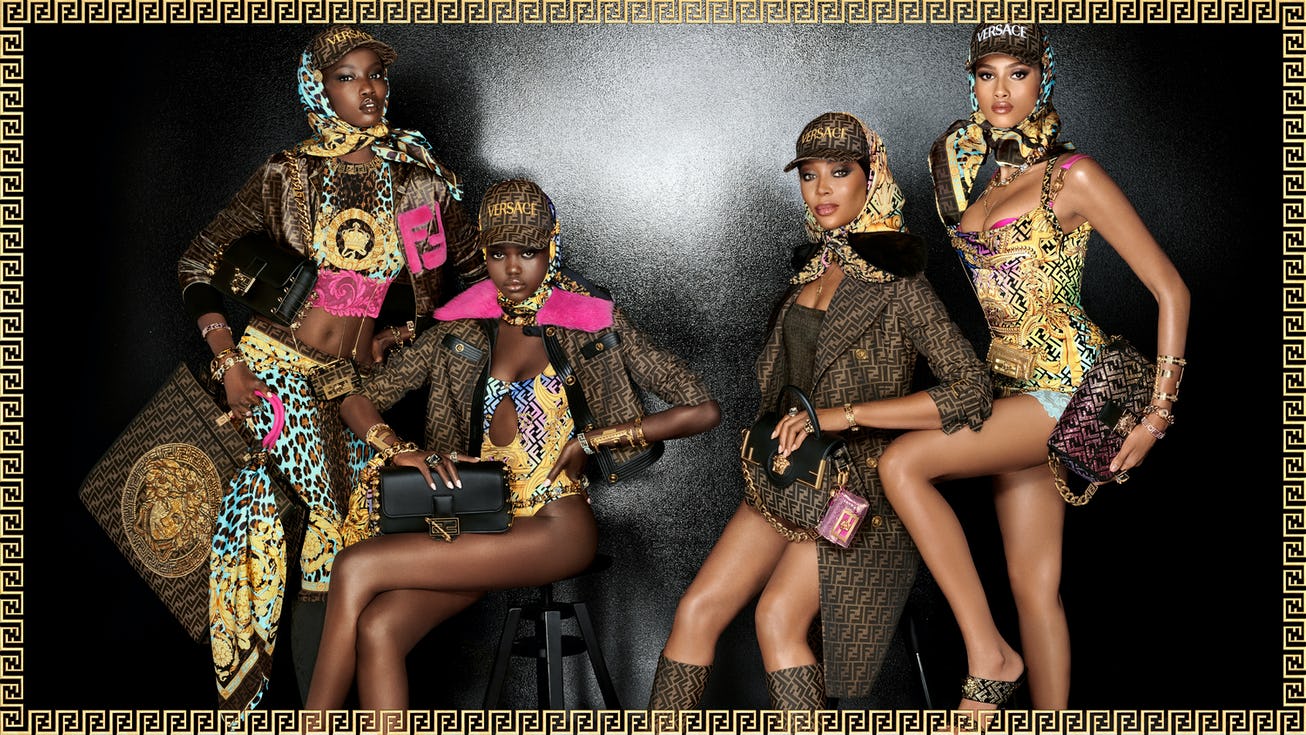 Dubbed the ‘Fendace’ collection, the  Fendi x Versace collaboration is set to be revealed this May 12, 2022. Expect a string of worldwide events and pop-ups as part of the highly-anticipated unveil.

This surprise ‘swap’ between the two luxury giants was first revealed in September 2021, on the runway during Milan Fashion Week. Here’s everything we know about the exclusive Fendace drop so far.

The Fendace pop-ups will be held in cities including Paris, Tokyo, New York, London, Los Angeles and Kuwait, amongst a few others, and the full collection can only be accessed at these stores.

Instead of dropping the entire collection in one go in mid-May, the luxury houses have scheduled a comprehensive rollout of the coveted collection, fanning the flame of hype throughout summer. The swap between the two brands will be presented at both Fendi and Versace online and retail boutiques in separate collections. Select ‘Versace by Fendi’ items will be sold by Fendi and vice versa. A collection of the Fendace co-branded looks will be available for sale from both fashion houses.

As part of the partnership or swap, Donatella Versace created the Fendi lineup and conversely, Kim Jones, Fendi’s artistic director of couture and womenswear, designed the Versace collection. Both collections are developed keeping in mind the pre-fall 2022.

“It’s a swap rather than a collaboration and, most of all, it is done out of friendship,” Kim Jones said in a statement. “It is the beauty of togetherness after time apart and a celebration of women who have inspired me so much,” the designer added.

What the Fendace collection will offer

The culmination of the collaboration features ‘Versace by Fendi’ and ‘Fendi by Versace’, two iconic collections that celebrate the brands’ artistic legacy from the perspective of Kim Jones and Donatella Versace.

All the items will have the ‘Fendace’ logo embellished on them, further cementing the brands’ partnership.

To mark the 12 May release date, a flashy Fendace celebratory campaign was launched in late April. This star-studded marketing campaign was filmed by acclaimed photographer Steven Meisel and also comprised videos from filmmaker Alec Maxwell.

“The campaign captures the same sense of friendship and energy we had when we were designing the collection,” said Donatella Versace, Chief Creative Officer of Versace, in a statement. “Kim is a visionary designer and innovator. To me, Fendace will always mean love,” she added.

In the videos, the models are seen entering a ‘Fendace’ nightclub sporting the new collection, with Campbell and McMenamy serving as bouncers to the year’s hottest fashion party.