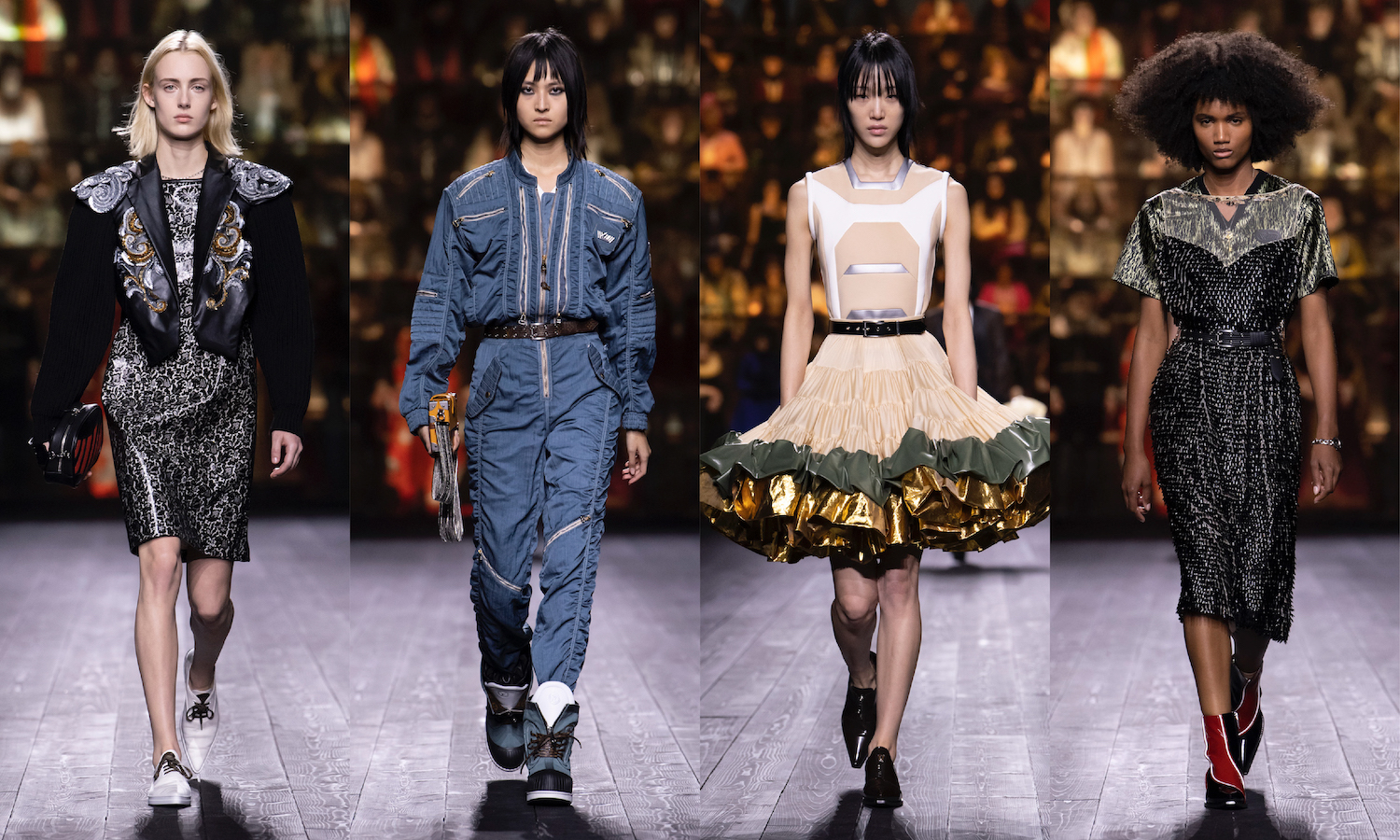 “I wanted the ages to regard each other and our own,” the highly-rated French creator said. He described his collection as a “lively and sparky stylistic clash” between the past and the present. And he was as good as his word with sawn-off 19th-century pannier dresses matched with postmodern biker and ski jackets in one of several unlikely combinations that somehow worked. Ghesquiere seemed to revel in putting things together that should not normally share the same wardrobe, with a line of beautiful bullfighter boleros topping racing driver-style trousers suits, and waistcoats suddenly sprouting leather shoulder pads.

The pin-stripe, which still clings on as the uniform of international finance, was taken and transferred onto leather trousers, dresses, skirts and a waistcoat. The designer said he was trying to “do everything you can do with clothes, to mix and match them” and find new possibilities without the mental style constraints of what should and should not work.

“This collection is the complete opposite of the ‘total look’,” Ghesquiere declared. “It’s sartorial tuning,” both in the slang sense of flirting and finding the right note, he said. In front of a typically starry front row that included Hollywood actresses Lea Seydoux, Florence Pugh and Alicia Vikander, he revealed new customised handles for the classic Vuitton Keepall bag as well as new “mini cabas”.

Ghesquiere had music for the choir — dressed in costumes that ranged from Versailles in its pomp to the court of the Ming dynasty — put together by Bryce Dessner from the US indie rock band The National and French music video maker Woodkid.

Ghesquiere had music for the choir — dressed in costumes that ranged from Versailles in its pomp to the court of the Ming dynasty — put together by Bryce Dessner from the US indie rock band The National and French music video maker Woodkid. He said the piece, called “Three Hundred and Twenty”, was also meant as a tribute to Nicolas de Grigny, on whose work it is based. A contemporary of Bach, his genius was not recognised during his short lifetime, and he never got his music played in front of French royalty at the Louvre.