From Hermès to Balenciaga, Luxury Fashion Brands are Turning to Leather Alternatives Style
From Hermès to Balenciaga, Luxury Fashion Brands are Turning to Leather Alternatives
Share
Next article

Luxury fashion has (mostly) sworn off fur, but animal leather might soon be next on the list.

That’s thanks to the rise of sustainable leather alternatives that are now being produced from all kinds of substances: pineapple fibres, apple waste, palm leaves and even wine. These materials, which are made to mimic the texture and tensility of animal leather, are also much more appealing than the plastic-based fabrics that the term “vegan leather” used to be limited to.

For one, plant-based materials, like plant-based meat, are much more eco-friendly. And, since most of them are produced in labs, they’re also cruelty-free — all of which are qualities that today’s consumers are looking out for in their next luxury purchase, be it diamonds or handbags. Consider that last year’s most sought-after designer accessory isn’t even made of leather, or how emerging labels like Nanushka and Veja have been propelled by the vegan fashion movement.

Some of the world’s biggest fashion brands, including Hermès, are now catching on and following the blueprint set by Stella McCartney’s eponymous label years ago. That is, they’re incorporating innovative leather alternatives into their manufacturing processes, which adds onto other eco-conscious practices in the fashion industry like using recycled waste (see Prada’s Re-Nylon collection), upcycling clothes (Marine Serre has proven their profitability), using leftover fabrics (which can turn out beautifully, as Loewe shows us) and championing vintage (like Alexander McQueen, Gucci, et al).

Plant-based and natural leather alternatives a great thing for the environment, but they’re also a win for us — we all know the hassle that comes with caring for our leather goods.

Below, discover how these different brands are transforming our idea of luxury and making the case for clean, green, vegan leather. After building its heritage on handbags in exotic skins and luxurious leathers, Hermès is venturing into vegan territory with its upcoming Victoria bag. The travel bag, which is usually crafted with Hermès’ grainy Clemence calfskin, will now come in the mushroom-derived leather alternative, Sylviana. The biodegradable material is pioneered by Californian start-up MycoWorks, which has famous backers like Natalie Portman and John Legend. Sylviana mimics the look and feel of real leather, but it’s made in a lab through a process that has a lower carbon footprint than animal leather production. That might just make the Victoria as popular as the French brand’s highly sought-after Birkin and Kelly handbags. As Hermès artistic director Pierre-Alexis Dumas shared, “With Sylvania, Hermès is at the heart of what it has always been: innovation in the making.” When it comes to vegan designer bags, Bottega Veneta is way ahead of the curve. Under the helm of Tomas Maier, the Italian label introduced a whole collection of them back in 2012. “I decided to make the jersey and paper bags after speaking with customers who wanted sophisticated, handcrafted bags that are non-leather and earth-friendly,” shared Maier. The paper in question is Naoron, which is derived from mulberry bark. It’s produced by Onao, the company behind the traditional Japanese paper, washi. And the two are similarly sturdy: they are flexible, water- and tear-resistant, as demonstrated by the intrecciato weave on the Bottega Veneta handbags. The Italian brand somewhat revisited the idea last year through its Kraft Paper collection, which reimagined its trendy Pouch styles with recycled corrugated cardboard paper. Tommy Hilfiger made the case for sustainable sneakers by introducing two styles in its Spring/Summer 2020 collection. Although they look pretty much like the other sneakers offered by the American fashion brand, the shoes used a high-quality leather made from recycled apple peel fibres. The Appleskin fabric was developed by Frumat, which aims to reinvent apple waste from the Italian food industry. It’s one of the greener alternatives that Tommy Hilfiger has explored since banning the use of exotic animal leather in 2020. In the year before that, the label also teamed up with Lewis Hamilton for a vegan streetwear collection made using only recycled materials and faux leather. 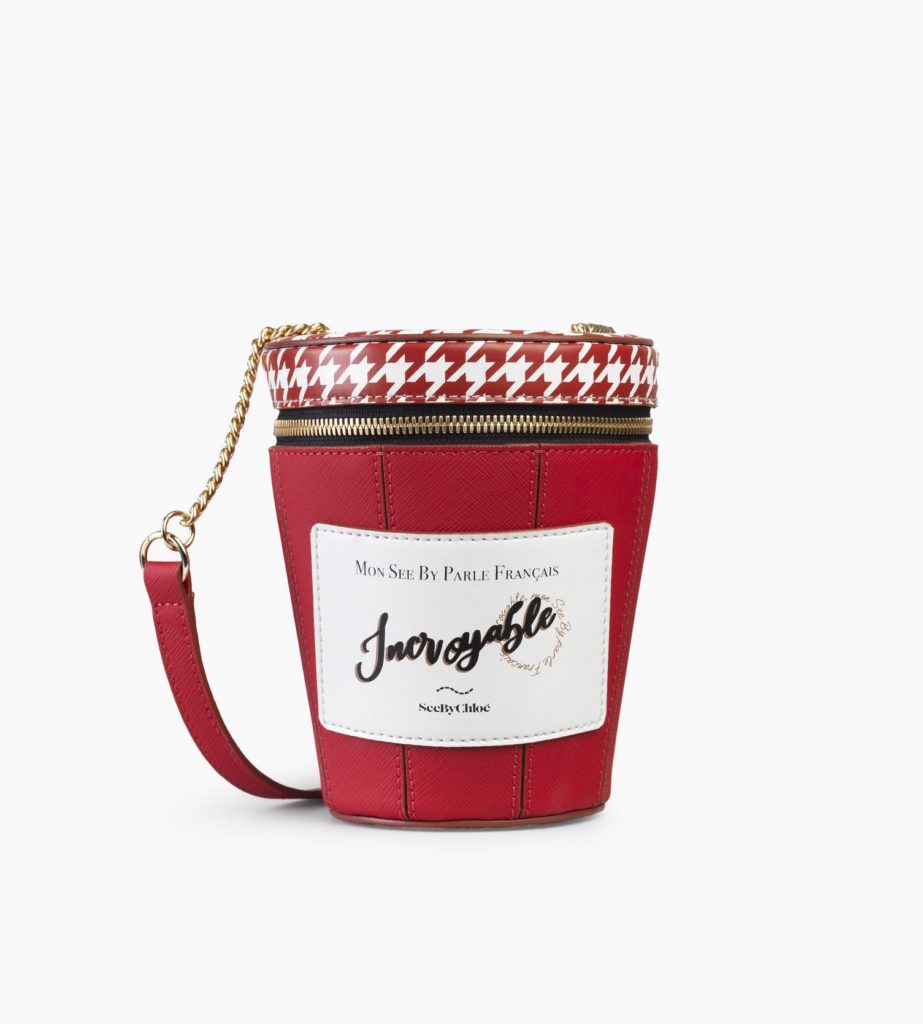 Like Tommy Hilfiger, Parisian label Chloé sees great potential in apple-based leather. Last year, it launched a handful of eco-friendly pouches and mini bags made with Frumat’s fabric through its diffusion line, See By Chloé. The decision to target younger consumers make sense: millennials and Gen Z-ers are are reportedly driving the rise of plant-based fashion, with the vegan leather market expected to be worth US$85 billion (S$114 billion) by 2025. It’s worth mentioning that Chanel, one of the biggest luxury leather goods companies in the world, has experimented with leather alternatives, too. Namely, Piñatex, made from pineapple plant fibres in the fruit’s leaves and stalks. (Besides being eco-friendly, the fabric also provides an additional source of income for pineapple farmers.) In 2018, shortly after banning fur and exotic skins, the French couture house unveiled a gold boater hat made of the vegan leather at its Egyptian-themed Métiers d’Art show. The hat served mostly as a prop, but Piñatex might eventually find its way on the French brand’s signature leather handbags. While Chanel merely flirted with Piñatex, Hugo Boss famously embraced the sustainable material with a line of men’s trainers launched in 2019. The casual sneakers are crafted entirely without animal products: they’re coloured with plant-based dyes and finished with recycled thermoplastic polyurethane (TPU) soles. “The project is part of an ongoing commitment to innovation across the company’s offering as well as a continuous search for more sustainable ways to design, source, produce and finish its products,” shared the fashion label. (That commitment has also led to the brand designing a “vegan suit”.) You can bag yourself a pair of the vegan sneakers on Hugo Boss’s website. 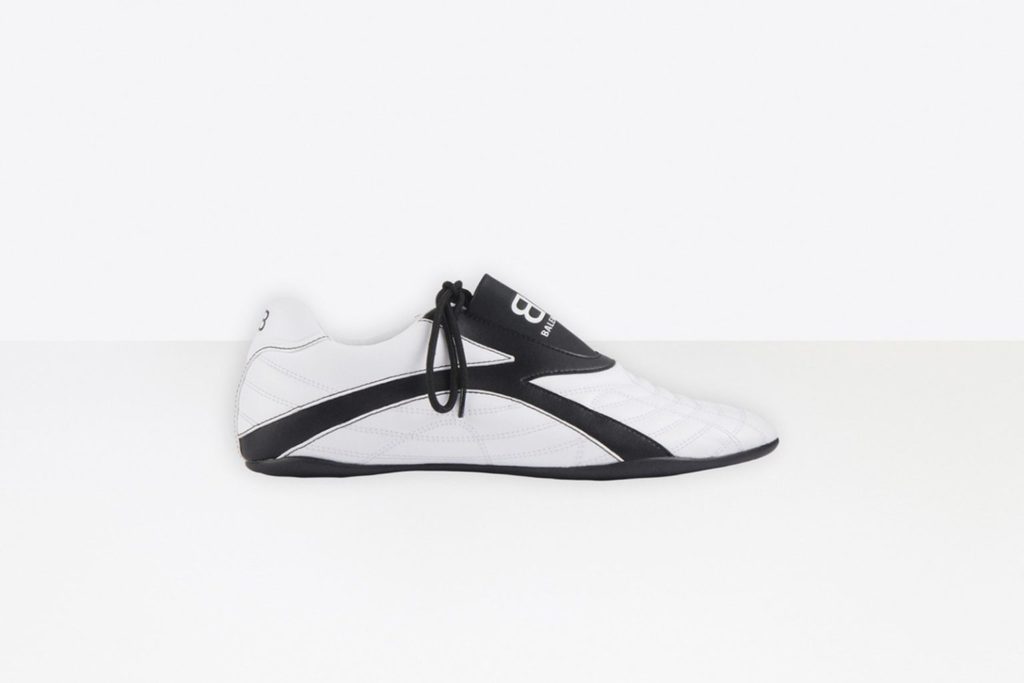 Last year, Kering partnered with Bolt Threads, the company behind a mushroom-based leather known as Mylo, to create a supply chain for the material. That means you can soon expect a line of vegan leather products from the likes of Gucci, Saint Laurent and Alexander McQueen, all of whom are owned by Kering. Balenciaga, also a Kering brand, has already toyed with the idea of going vegan by launching its leather-free Zen sneakers last year. Gucci, meanwhile, has made considerable efforts to improve its leather sourcing and manufacturing processes. By 2025, the Italian label plans to make its tanning processes metal- and chrome-free. Perhaps in another five years, it won’t even require the use of animal skin.