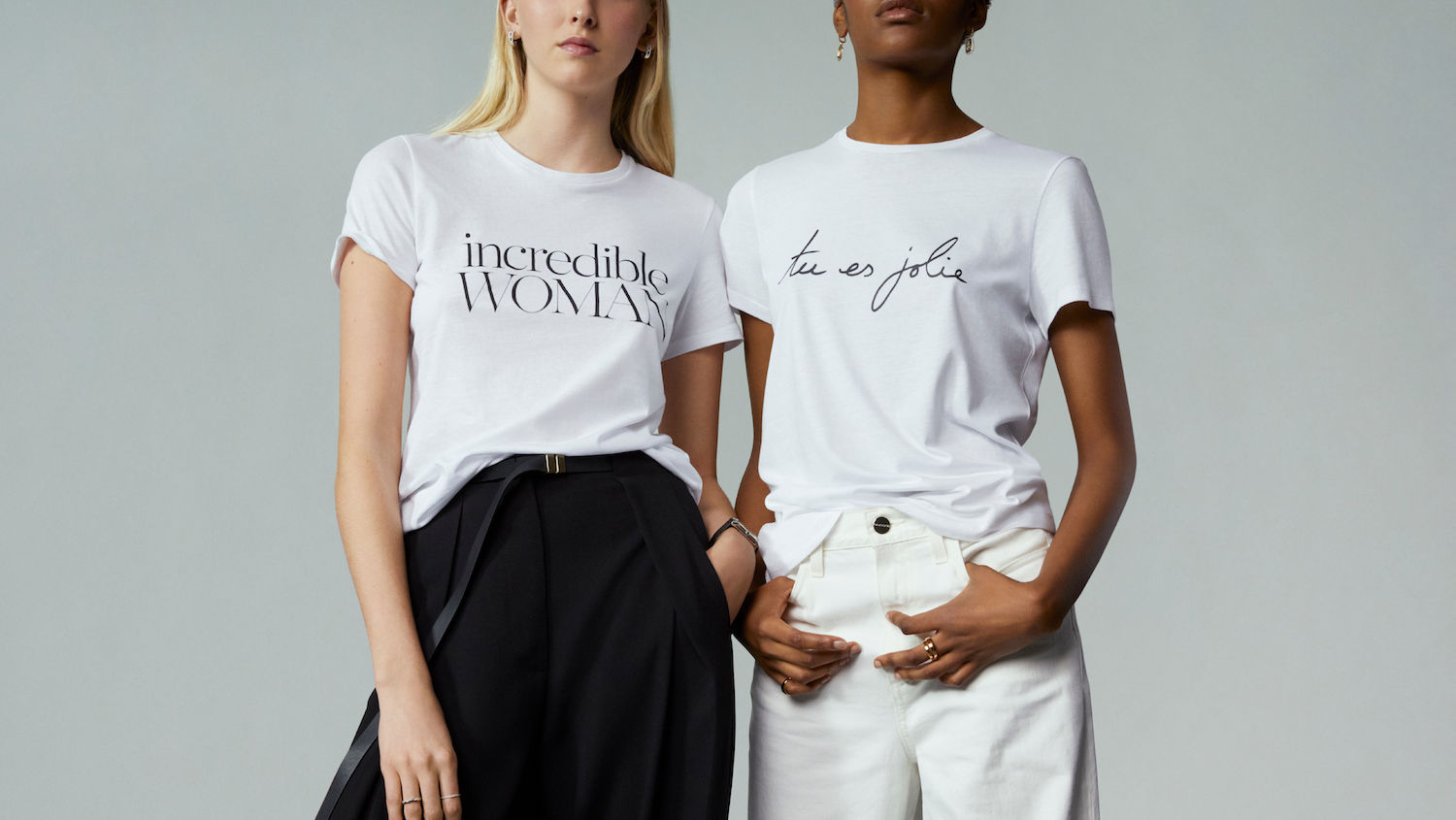 British luxury online retailer Net-A-Porter celebrates International Women’s Day once more with a specially curated campaign. Twenty is the fitting the hour, as not only is it 2020 but this year also mark the 20th year since the company’s founding. To get in the spirit, its special IWD campaign will be launching 20 T-shirt designs by 20 of the biggest female names in the industry.

The lineup is impressive, spanning the likes of Stella McCartney, Gabriela Hearst, and Isabel Marant to Amina Muaddi and Carine Roitfeld. Each design  is a one-of-a-kind and a personal reflection of their own interpretation of female empowerment.

Ganni’s t-shirt is the only pink T-shirt of the lot and features a “Women Unite” slogan at its centre as “when women unite, we can’t be stopped”, says creative director Ditte Reffstrup. Sandra Choi explains that Jimmy Choo’s “Choos Woman'” irreverent wordplay used for the T-shirt’s emblem is a “call to action to support the sisterhood of women across the world.”

In perfect line with her her brand’s ethos, Stella McCartney’s design uses 100 percent organic cotton. Four women hold up a globe, under the words “Female Rebellion”, a reminder for “women to stand together not only against climate change, but together as a team in everyday life”. Roxanne Assoulin’s features an interplay of the words “woman” and “kind” as she sees kindness as a priority, that sits at the core of all relationships.