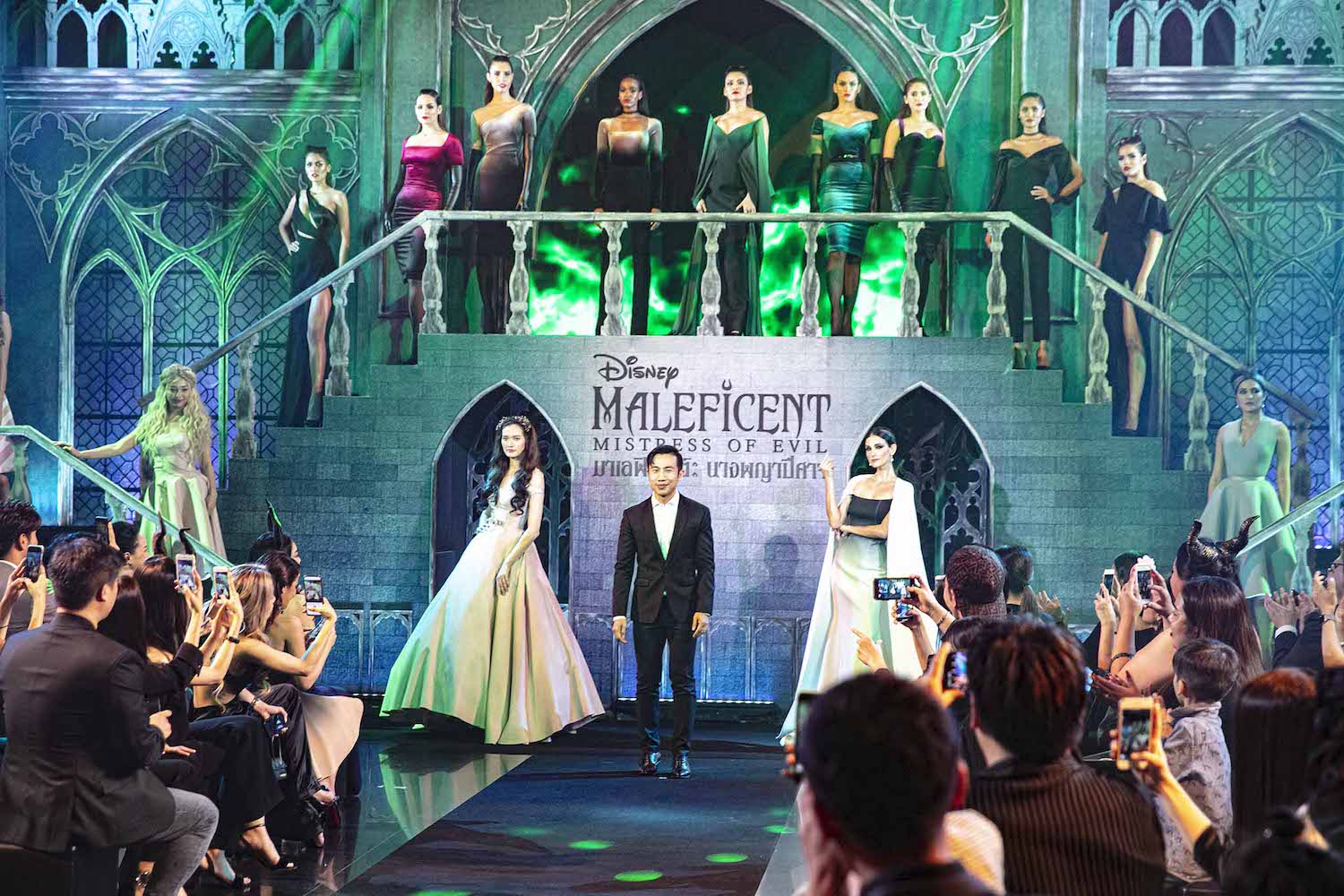 As box offices buzz with news of Disney’s ‘Maleficent: Mistress of Evil’, Thai fashion house Poem has joined hands with Disney Thailand to unveil a special collection inspired by the dark fantasy film. A stunning, fantastical exploration of anti-war sentiments and varying archetypes of femininity, Disney’s latest release has — despite mixed reviews — consistently received high-praise for Ellen Mirojnick’s breathtaking costume design. With Poem’s latest unveil, fans of the movie can now own Maleficent-inspired designer looks, just in time for Halloween.

Paying true homage to the film, Poem’s collection is all about breaking boundaries with elegant, dreamy elements, embedded into the house’s classic silhouette. The designs were unveiled in a special fashion show, which was followed by the movie’s exclusive Bangkok premier.

Amongst the looks were three particularly outstanding ones — based on the costumes of Queen Ingrith, Princess Aurora, and Maleficent, and presented by models Cindy Bishop, Miriam Sornprommas, and Rhatha Phongam respectively. Scroll through the gallery below for a glimpse at all the looks.