Supermodels like Claudia Schiffer & Naomi Campbell are gracing their 50s 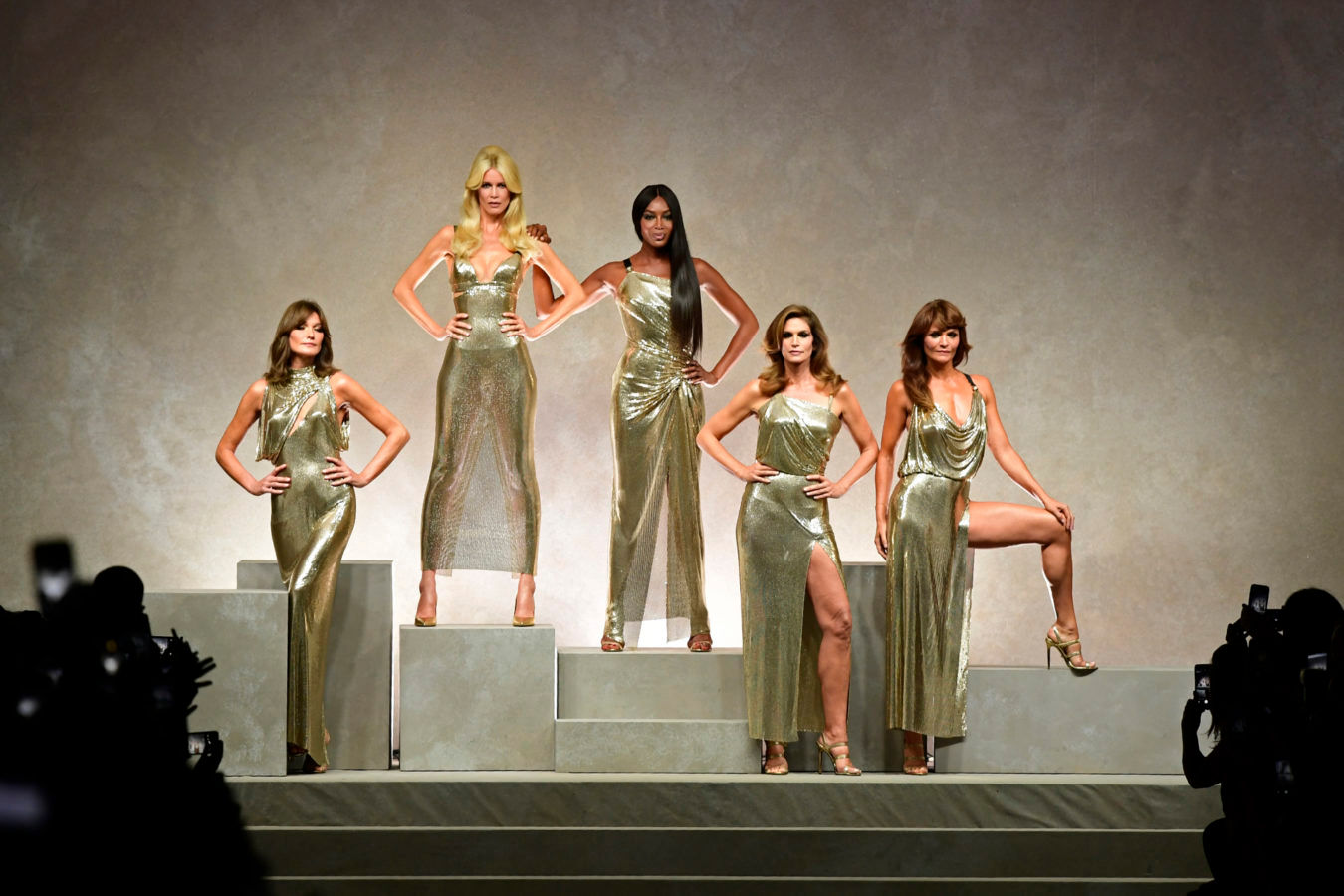 One of the leading lights of a generation of supermodels, Claudia Schiffer who celebrated her 50th birthday last week, still looks as youthful as ever. And like her catwalk peers, Naomi Campbell and Cindy Crawford, who have also turned 50, the German star has not hung up her high heels, on the contrary, she is very much in the limelight with new projects. More than ever before, models turning 50 who are still as dynamic and sought-after as they ever were, can look forward to a decade of new horizons.

An inspiration for the world’s leading fashion designers, among them the late Karl Lagerfeld and Yves Saint Laurent, Claudia Schiffer strode the catwalks for the world’s biggest labels and pioneered a media presence much-imitated by generation-Z models who are everywhere on today’s social networks. At age 50, when she could be tranquilly watching the world go by from the comfort of a poolside lounger, Claudia Schiffer is taking on new challenges. Next March, she will be curating the exhibition “Fashion Photography from the 1990s” in Düsseldorf, Germany, which will present no less than 120 images and exhibits from what was a key decade for the fashion industry.

A renaissance at age 50

Clearly the slender blond, who launched an extensive collection of cashmere knitwear in 2016, and then a makeup collaboration with Artdeco a year later, intends to spend her 50s in the limelight like some of her well-known peers. So it was not surprising to see emblazoned on her website the message: “I am so happy to be turning 50 and have never felt more confident or happy in my life.”

Claudia Schiffer isn’t the only 50-something overflowing with energy, new ideas and projects. Cindy Crawford has been in the public eye both on the big screen and in any number of cosmetics and fashion partnerships. So too has Naomi Campbell, who, along with collaborations in the worlds of fashion and beauty, has played a key role in humanitarian initiatives. These women are not only back in the limelight, in many ways they never really left it.

Let’s not forget that they still feature on the covers of the most prestigious fashion magazines and in campaigns for major houses. Not long ago, Olivier Rousteing called on Claudia Schiffer, Cindy Crawford and Naomi Campbell for Balmain’s 2016 spring-summer campaign. More recently the trio were joined on the catwalk by Carla Bruni and Helena Christensen in the spectacular finale for the Donatella Versace spring-summer show in 2018.

Although she never really vanished from view, Jennifer Lopez also made a resounding comeback just after turning 50. Not only did the American singer feature as an ambassador for numerous brands including Guess and Coach, she also made a spectacular appearance at the 2019 Versace show, taking to the catwalk in the iconic Jungle Dress, the same one that caused a sensation when she first wore it at the Grammy Awards some 19 years earlier. And the Latin bombshell did not stop there, as recently as February of this year, she once again demonstrated her enormous talents in the half-time show for the 2020 Super Bowl.