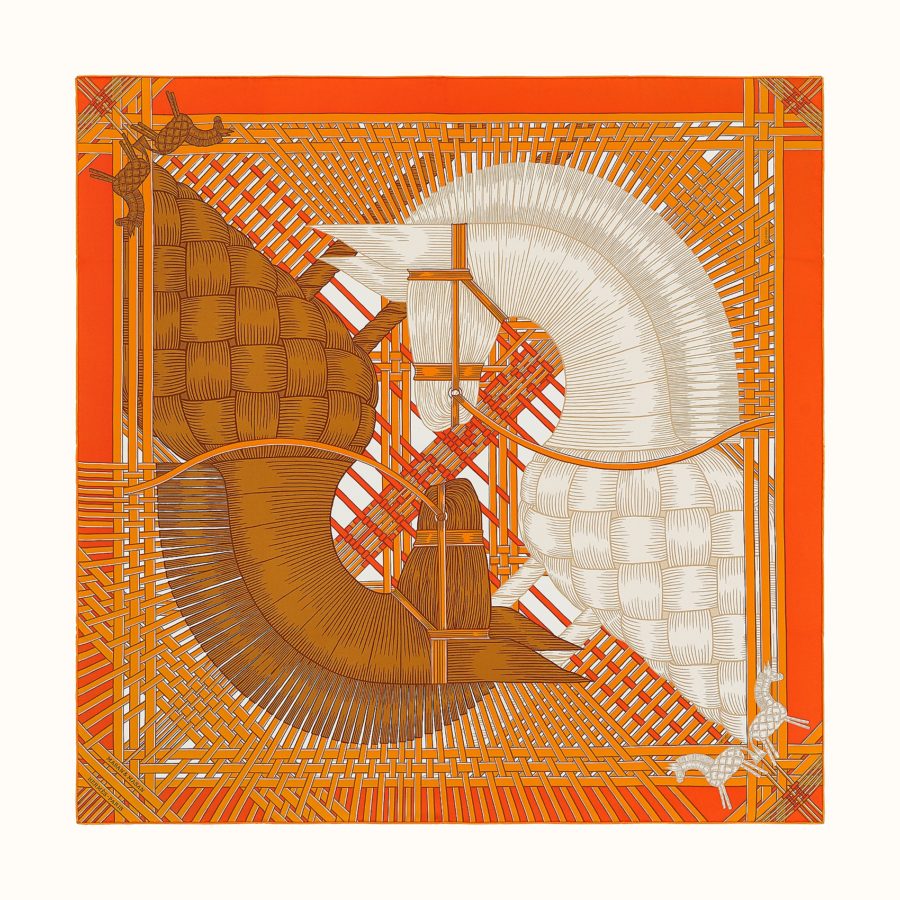 Thai artist O Terawat Teankaprasith‘s design made it into the ‘Le Grand Prix du Carré Hermès’ scarf design competition, and now it’s available for you to get your hands on.

Back in 2019, Hermès announced ‘Le Grand Prix du Carré Hermès,’ a scarf design competition that is open to all creatives (illustrators, designers, artists, and even draftsmen—you name it), resulting in over 11,000 creatives partaking in the competition. Among the victorious contestants who would become the designer of the coveted Hermès scarves is none other than Thailand’s very own illustrator, Terawat Teankaprasith, also known as O Terawat. Coming in only behind ‘Hello! Mr farrier’ by Kin Fan Lo, Terawat was one of the six winners of the Grand Prix du Carré Hermès.

Carré 90 ‘Masan & Masan’ scarf features a horse motif that alludes to Hermès’ horse motif and Thailand’s traditional ‘masan’ or woven horse, which is placed face-to-face reflection reminiscence of the decalcomania technique. Terawat’s design was presented as part of the maison‘s AW21 collection. The 100% silk twill, hand-rolled Hermès scarf is available in eight different colours to match your shade preference. It’s a work of art (metaphorically and in a literal sense), and you can now be the proud owner of one.