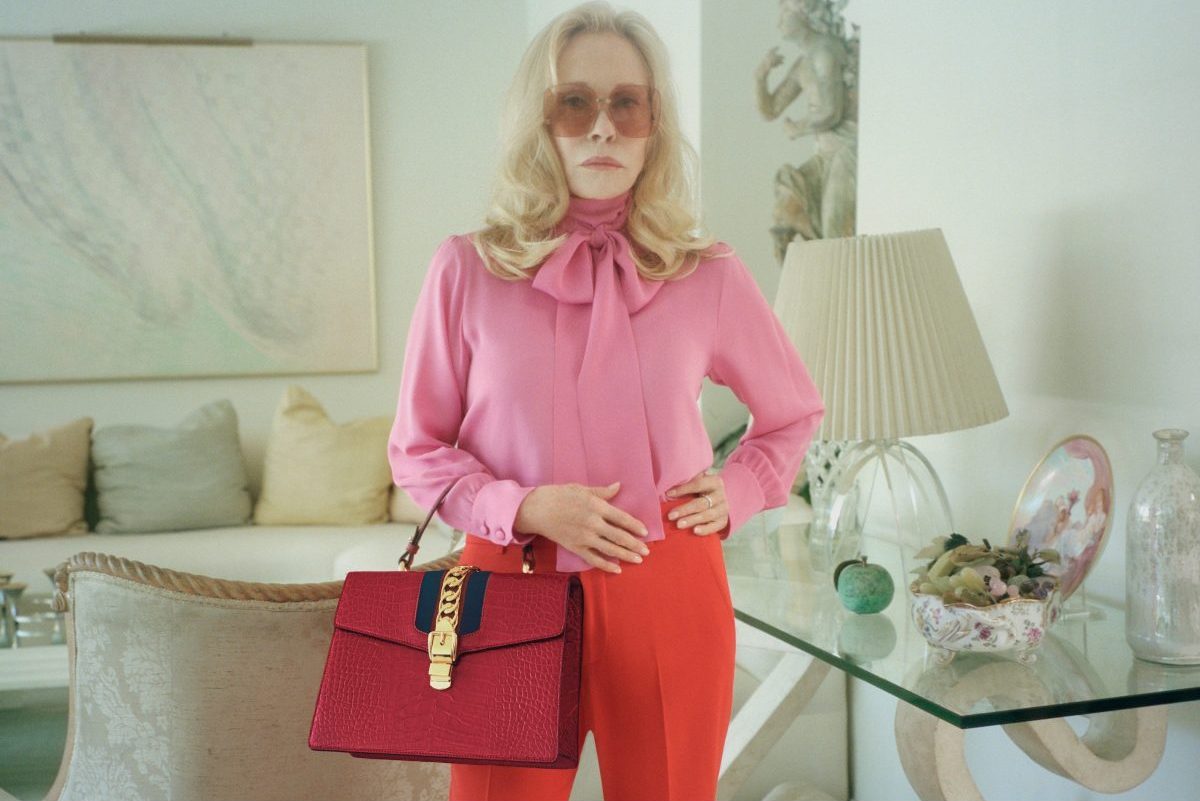 Ah, the lavish lives of the rich and famous in tinseltown. It’s a tale as old as time, and has long and unapologetically been a source of inspiration for filmmakers. Think cult classics like “Singin’ In The Rain” (1952) to “La La Land” (2016). Taking a leaf from the same book, Gucci harnesses the beauty of Hollywood for their latest campaign — the glitz, glam, and famous faces.

Award-winning actress Faye Dunaway and French singer, songwriter and actress SoKo star in Gucci’s latest campaign as a mother-daughter duo. The sun-drenched afternoons, palm-lined avenues, stores of Rodeo Drive, and private pools soak up the essence of the film. But it is Gucci, and you can’t keep your eyes off the leading talent: the Sylvie.

SEE ALSO: How to turn your home into. Gucci décor wonderland

You see, the Sylvie is the House’s signature bag. It made its debut on the Spring ’16 runway in Milan and was instantly a hit with fashion editors with its smooth black leather, compact suede interior, and the label’s signature red and green webbing. Like anyone in Hollywood, the Sylvie’s had some work done to it — a new elongated strap transforms the shoulder bag into this season’s must-have style; the crossbody.

Dunway’s character is a Hollywood classic. She spends her days being chauffeur-driven around, signing autographs, shopping, playing tennis and lounging luxuriously by the pool. It’s Gucci galore throughout, from the clothes to the shoes, and that stunning Sylvie. Spoiler ahead albeit an obvious one to some degre — the short film concludes with mother giving her daughter her own Sylvie, which Gucci describes as a symbolic gift to treasure across generations.