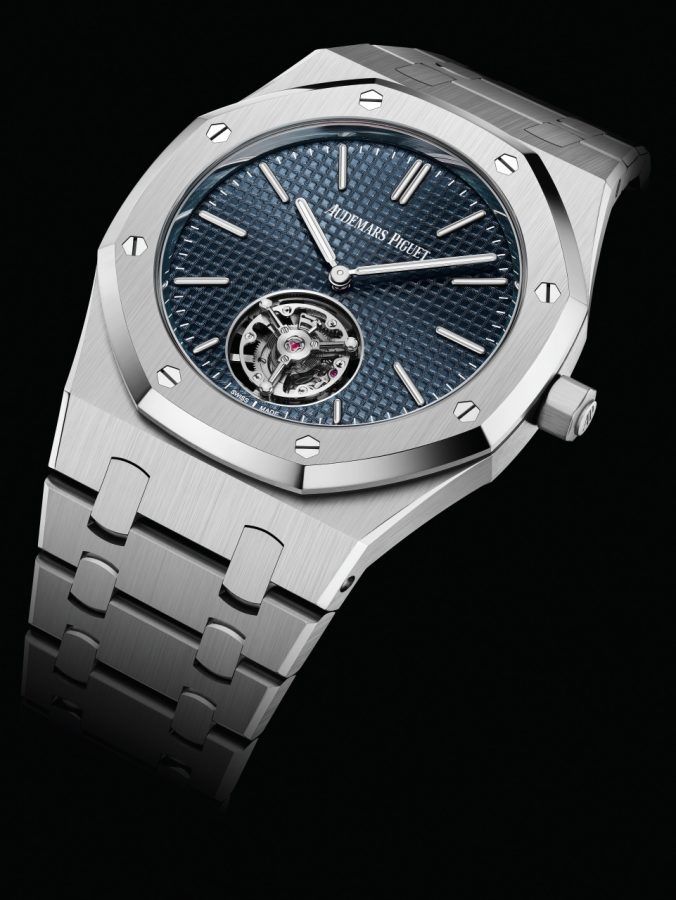 When the very first Royal Oak timepiece – designed by Gérald Genta for Audemars Piguet – debuted on April 15, 1972, at the Basel Fair, it definitely made waves in the watchmaking world. Back then it was viewed as “avant-garde” and created quite a stir with its large body of hand finished stainless steel, its octagonal bezel secured with visible hexagonal screws, its highly stylised integrated steel bracelet, and its extra-thin selfwinding mechanism. Despite these somewhat controversial beginnings, no one could argue that it was, at the end of the day, a true blend of ancestral craftsmanship and amazing technological advances. And this perfect marriage of craft and creativity is why the Royal Oak line has been a canvas for design innovation ever since. 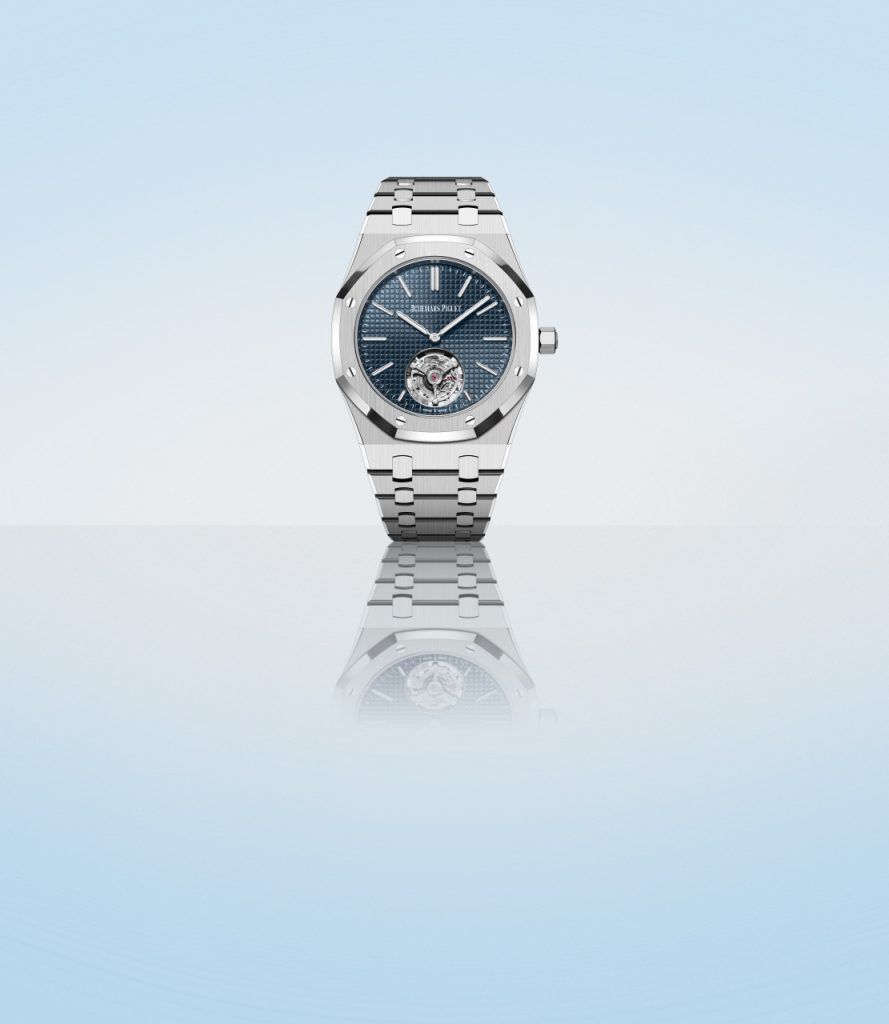 This year, to celebrate the Royal Oak’s milestone 50th anniversary, a series of special immersive installations and pop-up events are being held in key cities around the world. Things kicked off in Dubai, Tokyo, and London, back in April, and continued throughout May in Zürich and New York. In July, the immersive experience took over Taikoo Li Qiantan Plaza, in Shanghai, and from September 16 to 25 there’ll be a pop-up in Hong Kong’s West Kowloon district. In addition, exclusive dinners are taking place in major hubs – including Bangkok – where clients and collectors are invited to exhibit their distinguished Royal Oak timepieces alongside a selection of models from the Heritage collection.

Of course, for enthusiasts looking to add to their collections, the big news for 2022 is the launch of the Royal Oak Selfwinding Flying Tourbillon Extra-Thin, the manufacturer’s latest research and development breakthrough (RD#3). This 39mm stainless steel anniversary model is a mere 8.1mm thick and is powered by the new selfwinding ultra-thin flying tourbillon movement, Calibre 2968 (which itself is just 3.4mm thick). Pushing the boundaries even further, this latest model will be complemented this month by a 37mm version – yet another first for the manufacture – designed for slimmer wrists and sporting a different coloured dial. 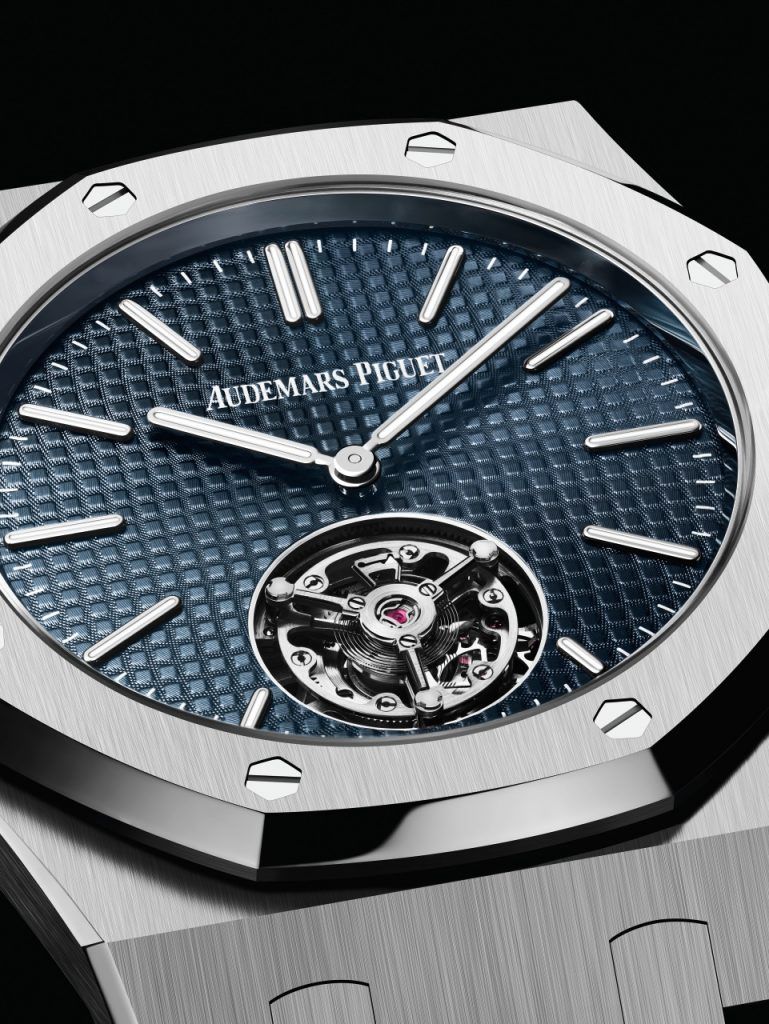 Developed over a five-year period, the ultra-thin Calibre 2968 had to be creatively rethought in order to reduce the thickness required to house this complication. The titanium tourbillon cage, equipped for the first time with a peripheral drive, is not only lighter but also distributes the energy to the tourbillon more fluidly. And since such inner beauty shouldn’t go unnoticed, Audemars Piguet’s engineers have provided for optimum visibility of the movement, including a new escapement to accentuate the aesthetic details. The new design also results in the flying tourbillon being placed at the dial level, for a greater visual experience. Meanwhile, the sapphire caseback reveals the traits tires – a finish that appears on the mainplate and bridges and replaces the traditional Côtes de Genève marking – while the oscillating weight, in rhodium-toned 22-carat pink gold, bears the “50-years” logo and the Audemars Piguet signature engraved on its surface.

Elsewhere, the new RD#3 remains true to the aesthetic codes of the iconic “Jumbo” case models that came before it. The stainless-steel case and bracelet feature the collection’s signature satin-brushed and polished hand finishes, while the Bleu Nuit, Nuage 50 Petite Tapisserie dial and the bathtub-shaped hour-markers and hands – filled with luminescent material to ensure optimal readability in the dark – both pay tribute to their prestigious predecessors. Finally, the minute track, another classic Audemars Piguet visual, is printed in white on the Tapisserie motif, while the logo sits majestically just under 12 o’clock. 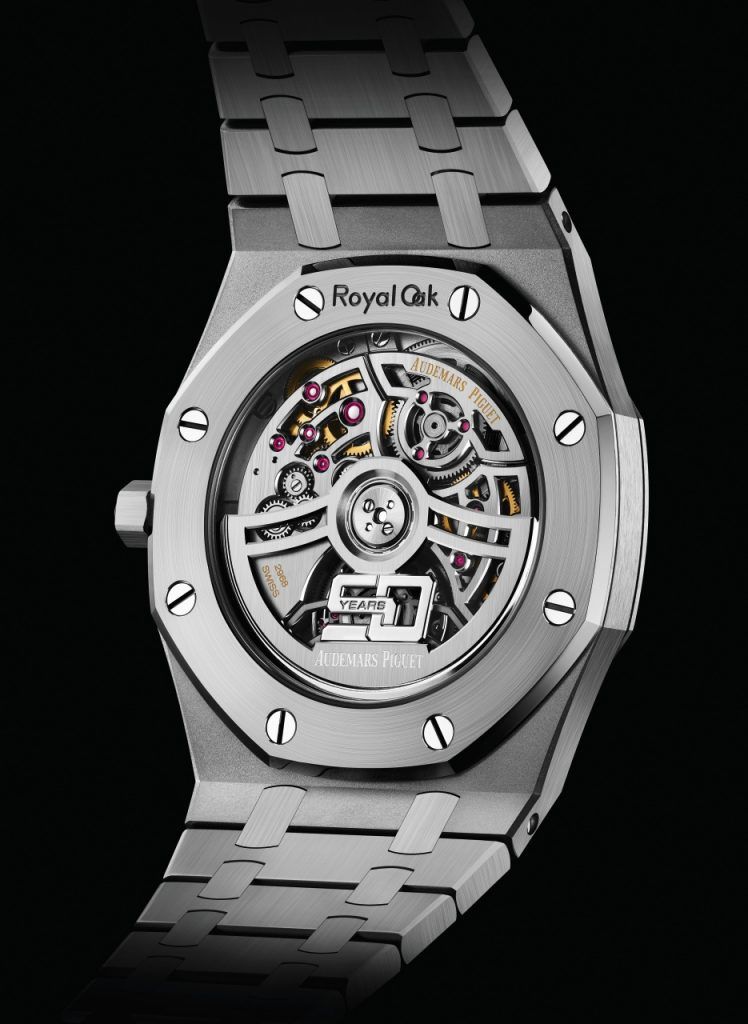 Looking back over its five-decade history, it’s astonishing to note that the Royal Oak has given rise to a full-fledged collection that consists of over 500 models, turning this treasured timepiece into a cultural icon that has crossed both eras and trends. At the same time, this longevity is testament to the way Audemars Piguet –  a company established in 1875 and still in the hands of its two founding families – has nurtured generations of talented craftspeople who have, in turn, continuously developed new skills and techniques; setting rule-breaking trends while remaining steadfast to their ancestral savoir-faire.

“The Royal Oak continues to evolve and cut through the timeline 50 years after its creation, and will do so for the next 50 years and beyond,” remarked Michael Friedman, Head of Complications at Audemars Piguet. “It remains a platform for both technical and aesthetic development.”