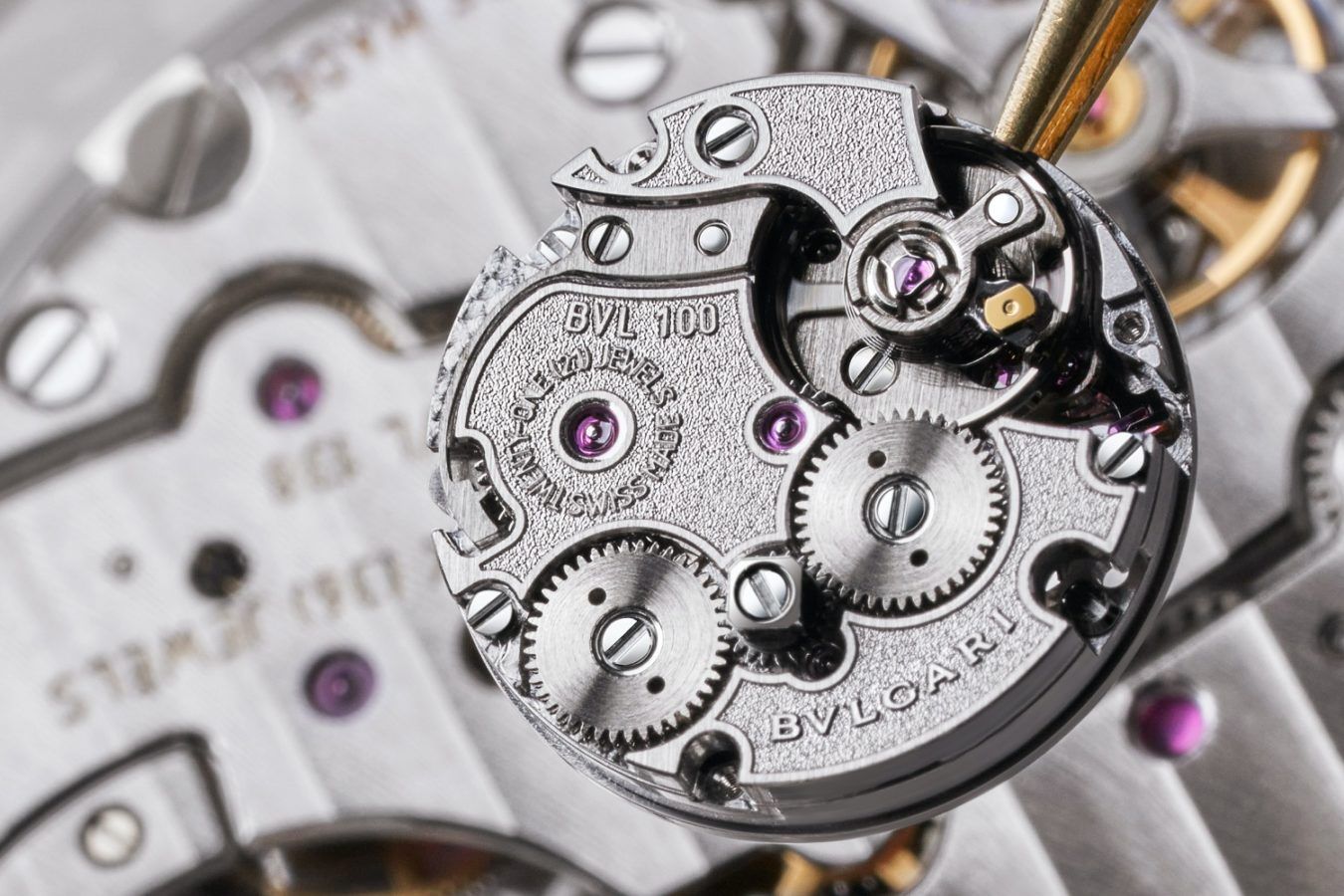 The debut of the BVL 100 Piccolissimo calibre in this year’s Serpenti Misteriosi is a glimpse of how exciting jewellery watches can be.

Long before Bvlgari was known for its record-smashing Octo line, there was the Serpenti – serpent high jewellery watches that enraptured royalty and high society with its vivid array of gems and colours, coiling itself two- or three-fold around the wrist, and which held a secret in its head, a hidden compartment that sprung open to reveal a watch movement and dial by a press of a tiny clasp.

The first Serpenti secret watches were introduced in the late 1950s, with iterations in two- or three-colour gold or combined with steel, in daring colour combinations and unconventional materials. Elizabeth Taylor famously wore one on the set of Cleopatra. Different shapes have been adopted for the dial: squares, circular, rectangular and octagonal shapes that all evoke the snakehead. And the body – scales are reproduced in diamonds, polychrome enamel and gemstones, or transformed into “boules” that are soldered on painstakingly to form an intricate gold mesh. The head, almost always bejewelled, is different on every model to give the timepiece its distinct expression. Today, you’ll still see these vintage models popping up gloriously at auction, as much a piece of magnificent jewellery as it is a magnificent watch.

The Serpenti has been fitted with a mechanical movement in the past, but not in recent years, when thinner, smaller and more reliable quartz movements rose to the occasion from a practical (and convenient) standpoint. Even now, not many manufactures have mastered ultra-small movements, with perhaps the most famous one the Jaeger-LeCoultre calibre 101, at a teeny-tiny 12mm x 4.8mm that was created in 1929.

After years of smashing world record after world record with its Octo Finissimo line, however, Bvlgari is turning its attention back to its bejewelled ladies offering, utilising lessons learned and expertise gained from creating the ultra-thin Finissimo movements to create a brand-new, in-house Piccolissimo movement to power the latest Bvlgari Serpenti Misteriosi high jewellery secret watch.

Fabrizio Buonamassa Stigliani, the creative director of Bvlgari, was quick to negate any opinions on whether the Italian house was aiming to start yet another series of world records, this time in the realm of micro-movements. “We’re not the smallest movement in the world and we don’t aim to be,” Stigliani says, referencing the JLC Calibre 101. However, not only is the new BVL 100 Piccolissimo calibre Bvlgari’s smallest movement to date (coming in at 12.3 mm in diameter and 2.5 mm thick) it’s also the smallest movement in current production to date by any manufacture – although humble house they are, this is not a point Bvlgari wants to hammer on.

According to Stigliani, Bvlgari began looking into putting a mechanical movement back into the Serpenti collection around three years ago. “Our secret watches had mechanical movements in the past, but in the ’80s we started to use quartz instead as was the norm in the industry at the time for ladies’ timepieces.”

He agrees that the technology and expertise Bvlgari gained from developing the ultra-thin Finissimo movements were a huge driving factor – and it was a tremendous joy to the team to be able to pull this together. The modern movement, in comparison to the vintage ones, is more slender and elegant, a point that Stigliani made sure of to improve on the ergonomics of the watch on the wrist.

The new watch also comes with brand new details – in the past, the older models featured the serpent tongue as a decorative element only. In the new version, the tongue on the new watch has a functional purpose, acting as the clasp to open up the serpent’s head to reveal the dial. The case actually fully opens up in a way to allow the watch dial and movement to be removed, an important function to allow the maintenance and repair of the movement by Bvlgari’s watchmakers.

Born a Roman jeweller, Bvlgari’s watchmaking department is younger but no less important. Bvlgari is neither a jeweller who also sometimes makes watches nor a watchmaker who sometimes makes jewellery. It has dominance in both fields, and the Serpenti, housing its new Piccolissimo movement, is the embodiment of that.

The manual-winding BVL 100 Piccolissimo calibre is 12.3 mm in diameter, 2.5 mm thick, and weighs just 1.3 grams. Small as it is, the movement still holds a power reserve of 30 hours. The crown at the caseback is bi-directional for time-setting and winding. What this achievement means for the brand is pretty major. It’s putting watchmaking for jewellery and small watches back on the map. The kind of timepieces that actually a lot of women prefer but have long been neglected by the industry. And maybe it’s not the smallest (yet) but this also foreshadows the arrival of mechanical movements for other lines within the Bvlgari women’s watches section, with the potential of greatly increasing the value and appeal of timepieces that currently only exist with a quartz centre.

We hate to use the word “iconic” lightly, but for the Serpenti, we will. And to Stigliani and the Bvlgari team, bravo.