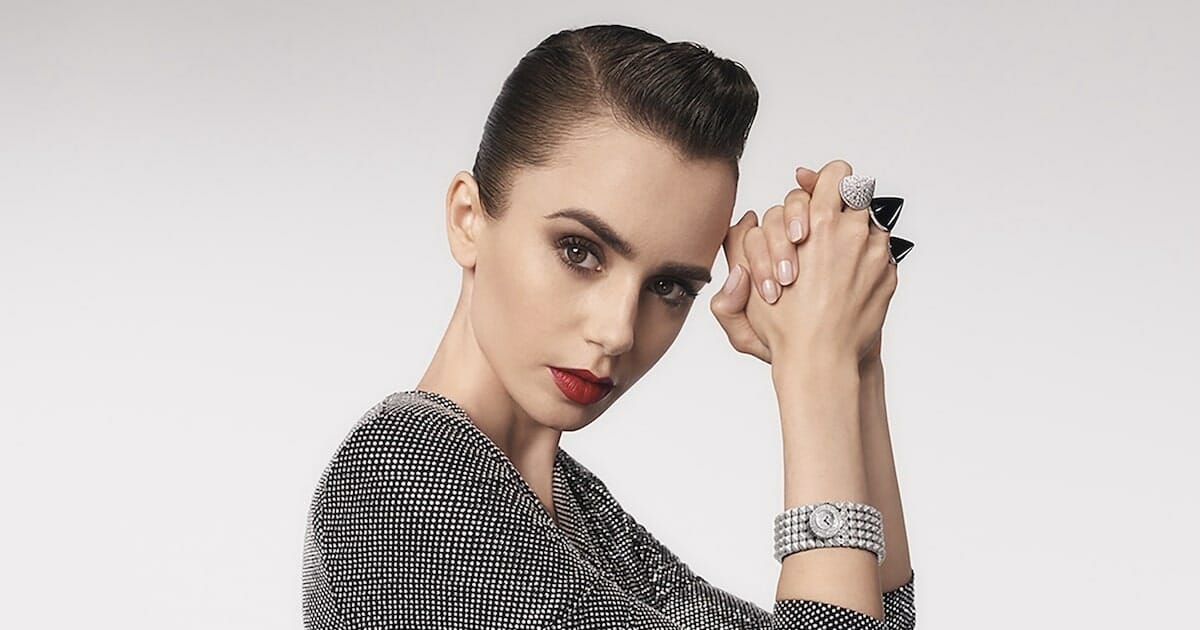 First launched in 2019, Clash de Cartier turned heads because of its audacious and edgy design, which completely shook up the house’s aesthetic heritage.

Although it seemed like a sharp contrast to what Cartier had done in the past, it was clear that the Clash de Cartier collection reflected the underlying design codes of the jeweller, albeit from an ultra-modern perspective.

Known for its creativity and multifaceted beauty, the French jeweller’s inimitable flair for design has never failed to make waves. Following the success of Clash de Cartier’s debut, the maison’s latest chapter once again celebrates the duality of this collection in not one, but two ways – a new collection named Clash [Un]limited, as well as a new face for the Clash collection, British-American actress Lily Collins.

Design that knows no limits

Staying authentic to the rebellious, rock ’n’ roll vibes of the Clash de Cartier spirit, Clash [Un]limited continues to be iconoclastic by challenging classic forms – a reinvention of the already audacious first-generation Clash de Cartier designs. Excessive, voluminous and provocative, the Clash [Un]limited collection is unapologetically subversive, but in the chicest way possible.

The use of diamonds in an unconventional way also adds to the mesmerising charm of Clash [Un]limited. Unlike classically set diamonds, the collection features diamonds set in reverse – the pavilion of the diamond becomes a stud on the surface of the jewellery, while the table, which traditionally faces up, now sits on the mounting side of the jewellery. These magical diamonds in turn echo the use of studs, clous carrés (square-topped nails) and beads, all of which have been key elements of the Clash de Cartier collection since the beginning.

Born out of many workshop hours at the Cartier design studios, the innovative use of diamonds is just one example of how Clash [Un]limited continues to push boundaries in terms of jewellery design. Meticulously hand-cut amethysts are transformed into studs and onyx into clous carrés, adding volume, geometry and a punk-inspired hard edge to the allure of these scintillating gemstones.

To realise the freedom of movement – a concept that is central to the Clash collection, the Cartier workshop created fully articulated pieces that are playfully flexible and dance along with the wearer’s every move. All studs, beads and clous carrés on the Clash [Un]limited pieces are not only positioned separately from one another, but are also perfectly mobile.

For instance, each stud moves laterally, and on some rings and bracelets, the studs are connected to onyx beads on the underside, which in turn rotate on their own axes. In addition, the use of a shagreen setting also allows minimal metalwork to be done. Different-sized gems are scrupulously selected through a complex process, so that they can literally hold themselves together without relying on the use of prongs.

The Clash [Un]limited collection also features a unique timepiece – the Baignoire “mitten watch”, which is essentially an oval-shaped Baignoire Allongée watch inserted into a gold and diamond mitten. This one-off timepiece is a result of an interesting collaboration between the innovation unit of Cartier’s Maison des Métiers d’Art and a master glove maker, who provided the initial design.

Making use of 3D printing, Cartier was able to produce a mitten-style covering, which enswathes three-quarters of the hand with a second-skin effect. Made of a rose gold mesh set with an array of diamonds, the mitten is incredibly supple, thanks to the maison’s artisans who painstakingly assembled thousands of miniscule gold particles, welding everything together precisely with lasers and small pliers inspired by microsurgery. Following that, nearly 1,600 diamonds were set on its surface. A perfect embodiment of Cartier’s relentless pursuit of innovation and creativity, this revolutionary timepiece took two years to develop and nearly 227 hours to complete.

Equally novel like the Clash [Un]limited collection is Lily Collins, the new face of Clash de Cartier, as well as the Double C de Cartier bag. Known for her free spirit and joie de vivre, the British-American model-actress has long been a friend of the maison, often seen with Cartier jewels at the most glamorous parties and on the red carpet of major awards ceremonies and more.

Arnaud Carrez, Cartier’s international marketing and communications director, says: “When it came to expressing the duality of the Clash [Un]limited jewellery, Lily Collins was the obvious choice. Unique and committed, she embodies a new generation of artists who dare to reveal their different sides, sometimes classic and elegant, sometimes creative, sometimes even extravagant. In summary, people who do not limit themselves.”

Collins is known for her versatility in portraying roles of varying depth, such as an aspiring actress in Warren Beatty’s Rules Don’t Apply (earning Collins her first Golden Globe nomination), serial killer Ted Bundy’s girlfriend in Extremely Wicked, Shockingly Evil and Vile, and animal rights activist Red in Bong Joon Ho’s action-adventure masterpiece, Okja, just to name a few. Last year, Collins also took on the role of producer, in addition to portraying the protagonist of the Golden Globe-nominated series, Emily in Paris. She will reprise both roles in the next season, which is currently in its post-production stage.

Collins is also a published writer, who has penned columns for several fashion magazines and has also released a collection of essays entitled Unfiltered: No Shame, No Regrets, Just Me. On top of that, she is an anti-bullying advocate and is actively involved with different non-profit organisations, including the GO Campaign, which raises funds to help orphans and vulnerable children in the US and around the world. On being inducted as the house’s newest ambassador, she says: “For me, being part of the Cartier family means joining a community of unique non-conformists who show great strength of character.”