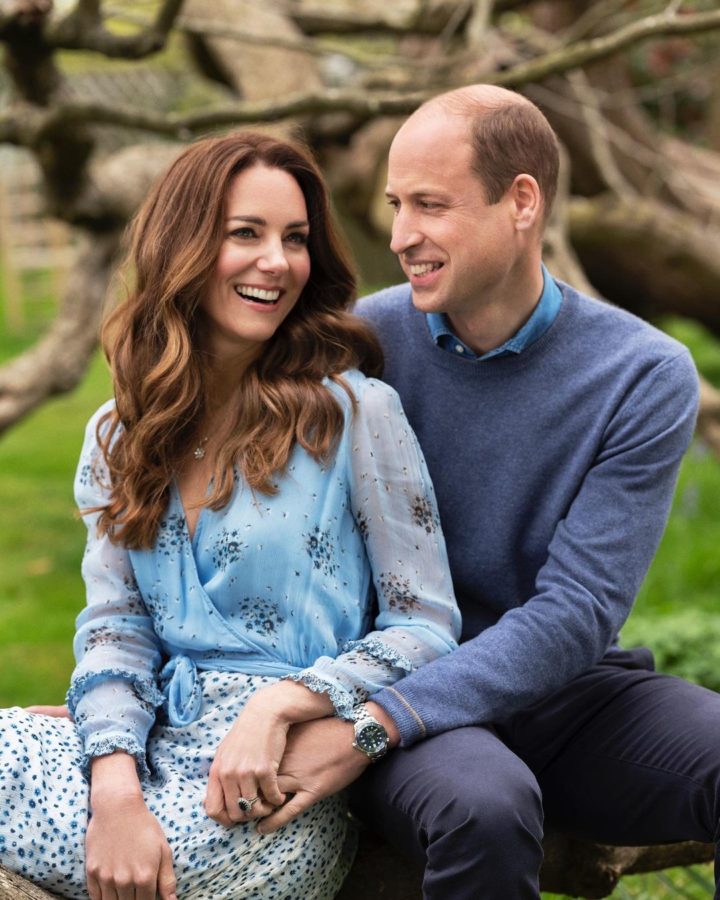 Celebrity engagement rings have always caught the attention of fans, but when it comes to this piece of jewellery adorned by the royals, the buzz around it is at another level. Whether proposing with family heirlooms or going all out and designing the perfect engagement ring themselves — the royals know how to profess their love in style and grandeur.

It’s not a shocker that the world’s most Googled royal engagement ring belongs to none other than the former Suits (2011–2019) actress and the Duchess of Sussex, Meghan Markle. Raking in a hefty 20,000 searches per month, the cushion-cut diamond ring is designed by husband, Prince Harry, himself.

Estimated at £100,000 (approximately US$ 1,35,727), the gorgeous ring features a large square centre diamond sourced ethically from Botswana. The two smaller diamonds, which are placed on either side of the large 5-carat diamond, belong to Princess Diana’s collection. The stones are set in yellow gold.

With 8,200 Google searches per month, Kate Middleton’s royal engagement ring is among the most popular ones. The ring, comprising an oval 12-carat Ceylon sapphire encircled by 14 solitaire diamonds, is made of 18-karat white gold.

Originally, this was Princess Diana’s engagement ring. It was inspired by a sapphire-diamond brooch, made by the then-Crown jeweller Garrad, that Prince Albert gifted Queen Victoria. The brooch, which is now a Crown heirloom, was probably on Prince Charles’ mind when he asked the same Garrad to send a few rings to the then-Lady Diana to choose from. This was the ring she picked.

After her untimely death, the ring was inherited by her elder son, Prince William, as per the late princess’ “Letter of Wishes”. She wished her children to have all the jewellery she owned.

Oscar-winning actress and princess Grace Kelly’s Cartier ring was given to her by Prince Rainier III of Monaco and is one of the most Googled rings too. Estimated at £3 million (around US$ 40,71,735), the eternity band is made into a beautiful sight with a 10.47-carat emerald-cut diamond sandwiched between two baguette diamonds.

Drawing 3,900 searches per month, the royal engagement band set with rubies and diamonds — red and white being the colour of Monaco’s flag — is a family heirloom.

Another one of the most beautiful royal engagement rings on the list, Princess Margaret’s stunning ruby trilogy ring with a halo of smaller diamonds gets 3,400 monthly searches.

What made the ring even more special was that it was designed by her ex-husband Anthony Armstrong-Jones to bear semblance to a rosebud, keeping in mind Margaret’s middle name — Rose.

Drawing in 2,600 searches per month, Queen Elizabeth’s royal engagement ring was presented to her by the late Prince Philip. It was made from his mother Princess Alice of Battenberg’s tiara.

Receiving around 1,600 monthly searches, Princess Eugenie’s blush pink Padparadscha sapphire, encircled by diamonds, given to her by husband Jack Brooksbank is a sight to behold.

The princess’s husband Edoardo Mapelli Mozzi proposed to her with this gorgeous band, comprising a 3.5-carat round diamond and two smaller diamonds. It is accompanied by tapered baguettes on each side, extending halfway down the band and lending a vintage art deco look.

Queen Elizabeth, the Queen Mother, received a sapphire and diamond ring from her husband, King George VI. Later, she chose a ring with a large pearl, bordered by diamonds to replace the earlier one.

Not left too behind in popularity, her royal engagement ring gets 900 searches per month.

Camilla Parker Bowles or the Duchess of Cornwall’s five-carat emerald-cut diamond ring hedged by three diamond baguettes on the sides has been seared by hundreds. Presented to her by Prince Charles, the royal engagement ring belonged to his grandmother — Queen Elizabeth, the Queen Mother.

The Princess Royal received two engagement rings in her lifetime — the first was a trilogy sapphire ring with a diamond on each side, presented to her by first husband Mark Philipps; the other one was a cabochon sapphire, surrounded by three diamonds on both the sides, given to her by Vice Admiral Sir Timothy Laurence.

Princess Anne is the owner of the world’s tenth most Googled royal engagement rings, raking in approximately 500 searches per month.