Tales of 6 Heritage Jewellery Pieces You Probably Never Knew About 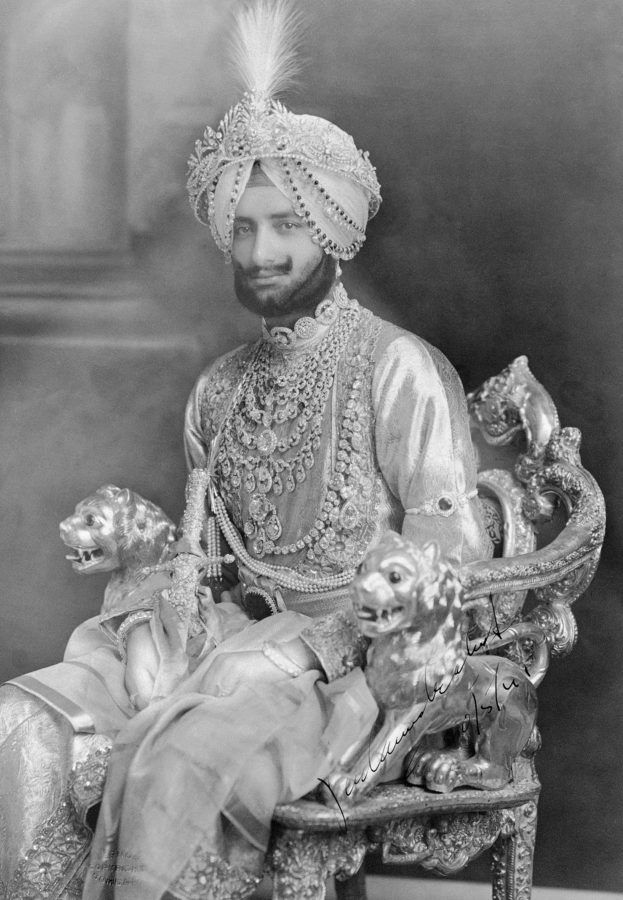 Astounding gemstones and awe-inspiring craftsmanship notwithstanding, the story of heritage jewels is what makes them the possessions of legends. Here are the tales of some of the most amazing heritage jewellery pieces and of their owners. Jewellery pieces only truly come alive when they’re worn, and as they’re often inextricably connected to a particular owner, these precious objects are transformed and take on a persona of their own. When we admire heritage pieces from behind glass in museums or exhibitions, or perhaps placed on headless busts, their stories still resonate. One can almost hear the proclamations of a hopelessly smitten lover, or the chides of an insatiable woman, if not feel the unspeakable pain brought about by loss and tragedy. There exist many such storied relics, but here are a few that will surely compel you to explore more.

Perhaps unknown to many, Van Cleef & Arpels’ famous Zip necklace was conceived on the suggestion of the Duchess of Windsor, formerly the American socialite Wallis Simpson, a big client of the house whose controversial love story and eventual marriage to Prince Edward of Great Britain – who in 1936 abdicated to marry “the woman I love” – were the stuff of legend. So too was her jewellery collection. The couple was known to have shared an incredible passion for jewellery; story has it that the Duke would spend hours with Van Cleef & Arpels’ designers to develop and customise jewels for the Duchess.

In the 1930s, after the Duchess of Windsor had just purchased an Elsa Schiaparelli piece that was fastened, for the first time in haute couture, with a zipper – then relegated mainly to utilitarian wear – she encouraged, or perhaps challenged, Renée Puissant, then artistic director at Van Cleef & Arpels, to create the Zip necklace, a piece designed to be worn either open around the neck, or closed, gracing the wrist as a bracelet. Made from yellow gold and diamonds mounted in platinum, the Zip took more than a decade to make and was only completed in 1951. The Duchess is believed never actually to have owned a Zip necklace herself – pundits say the wait might have been a tad too long – but she remained a huge fan of the French house, having owned many of its pieces.

BULGARI: A LOVE SET IN STONE

It’s remiss not to include Elizabeth Taylor’s renowned emerald necklace and brooch suite by Bulgari when speaking about jewellery of incredible provenance. As the story goes, the actor Richard Burton fell in love with Taylor after filming the first scene of Cleopatra together – naturally – and the jewels just poured thereafter. Burton famously said, “the only word Elizabeth knows in Italian is Bulgari” and, unsurprisingly, Bulgari’s Via Condotti store was one of the couple’s favourite venues in Rome.

Burton gave Taylor the spectacular Bulgari necklace mounted with 16 step-cut octagonal Colombian emeralds of 60.50 carats, each surrounded by brilliant-cut and pear-shaped diamonds, and on their engagement he presented her with this 23.44-carat step-cut Colombian emerald brooch, which she wore on their wedding day in 1964. In 2011, Christie’s held a sale of Taylor’s private collection, which set records as the most valuable jewellery in auction history. From this sale and other private transactions, the brand re-acquired nine of its pieces – one of which is this brooch.

BOUCHERON: A QUESTION OF TASTE

The Grand Duke Alexei Alexandrovich of Russia, a devoted client of Boucheron, is known to be the first owner of the Point d’Interrogation (or, as most of us know it, the Question Mark), an astounding emerald and diamond peacock-feather necklace. Designed by Frédéric Boucheron and the head of his workshop, Paul Legrand, the necklace was referred to, for obvious reasons, as the Question Mark: it was wrapped around the wearer’s neck without the need to be fastened.

Although this modern, asymmetrical piece formed part of the Boucheron collection that won the Gold Medal at the World’s Fair in 1889, the Grand Duke already had his eyes on it even before it was presented to the world, having seen it in a sketch in 1879. He bought it a few years later, in 1883.

This extravagant necklace was made for Sir Bhupindra Singh, the Maharaja of Patiala, in a special order that was placed in 1925 in Paris and completed three years later. The Maharaja brought a trove of his traditional Indian jewels to Cartier, instructing the house to modernise them. The result was a magnificent ceremonial necklace with, at its centre, the 234-carat De Beers yellow diamond, believed to be the seventh-largest diamond of all time and surrounded by another 2,900 diamonds.

In 1947, the necklace vanished and in 1998, Éric Nussbaum, the former director of the Cartier Collection, discovered it in a poor state. Its restoration took Cartier’s artisans more than two years, with zirconia, white topazes, synthetic rubies, smoky quartz and citrines replacing the original gems. Tremendous efforts went into restoring the platinum chain necklaces, specifically that of the pendant that held the De Beers diamond. The necklace, as it now appears in the Cartier Collection, was shown in public for the first time in 2002.

In the early 1800s, Chaumet and its founder Marie-Étienne Nitot were appointed as Napoleon Bonaparte’s official jeweller. Nitot would go on to design Napoleon’s coronation crown, sword hilt and many precious gifts for his first wife, Empress Joséphine, who would be known as Chaumet’s “first great client”.

The royal court’s ties with Nitot would continue even after Napoleon’s second marriage to Marie-Louise of Habsburg-Lorraine of Austria, the grand-niece of Marie-Antoinette. They married at the Louvre Chapel in 1810, when the Empress Marie-Louise received as gifts two elaborate sets of jewels, each comprising a tiara, a necklace, a pair of earrings and a comb. With Nitot’s desire to preserve a copy of these ceremonial parures, he made replicas – and this tiara is one of them. It’s part of the replica of the ruby and diamond parure that belonged to Empress Marie-Louise, which was made in gold, silver and set with white sapphires, zircons and garnets.

As stunning and jaw-dropping though this 45.52-carat intense dark-blue Hope Diamond is, tragedy has befallen anyone who came to its possession. Smuggled out of India in 1642 and sold to Louis XIV 26 years later – when it was called the French Blue – it was worn once by the king, who died shortly thereafter. It then went to Louis XV, who never wore it but lent it to his mistress, Countess DuBarry, who was beheaded in the French Revolution (Marie Antoinette, who shared the same fate at the guillotine, was also believed to have worn it often).

The diamond then appeared in the collection of Henry Philip Hope, the stone’s namesake, in 1824, who had it set on a brooch and sometimes lent it to Louisa Beresford, wife of his brother Henry Thomas Hope, when she hosted society balls. Henry Philip Hope died in 1839 and his three heirs fought in court for a decade until his nephew Henry Hope acquired the gems, including the Hope Diamond. It was showcased in the Great Exhibition of London in 1851 and the Paris Exhibition of 1855, but was usually kept in a bank vault.

By the early 1900s, the Hope changed hands once more and was cut, re-cut and re-set time and again, with tragedy never far from it. It was owned by Evalyn Walsh MacLean, whose husband was implicated in the Teapot Dome government scandal and whose son was killed in a motor accident. Harry Winston acquired the Hope in 1949, and 10 years later donated the gem to the Smithsonian, where it resides to this day.