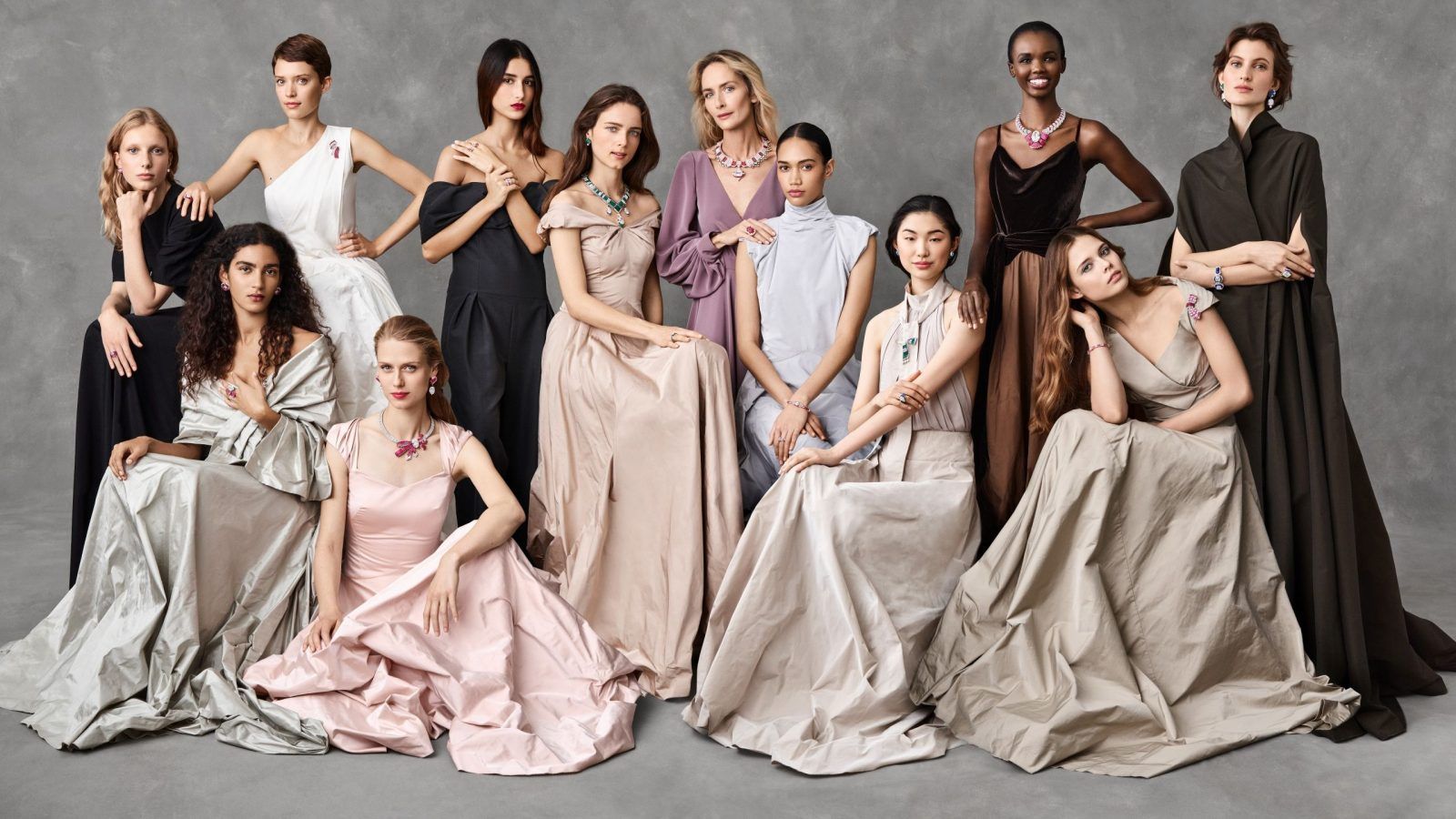 A big, big, big diamond served as inspiration for Van Cleef & Arpels’ Legend of Diamond collection. Did we mention it was big?

Sometimes, the most fantastical of stories are rooted precisely in reality. For their stunning Legend of Diamonds high jewellery collection, Van Cleef & Arpels finds inspiration not, as per brand code, in fabled places inked between time-aged pages of fairytales but, rather, the Maison’s own, distinguished archives. Oh, and a big, big, big diamond.

The word “legendary” — alongside equally dramatised and, oftentimes, undeserved adjectives like “iconic” or, for the Americans, “awesome” — is a word used much too liberally in modern day vernacular.

Whether the adjective is used to describe heroics that tender towards the mythical or as a word applauding remarkable actions and achievements, “legendary” serves as a reaction; a standing ovation passed down through “Bravos!” in acknowledgement of a superlative set of events that’s already transpired and is, now, settling into dust.

Diamonds, though? Specifically, a rough diamond weighing in at 910 (910!) carats? Yes, agreed. Legendary.

The faceted cuts of gems and diamonds shimmering through Van Cleef & Arpels’ colourful history have, for the most part, legendary stories of their own. In 1921, the pear-shaped, brilliant-cut Prince Edward of York, named in honour of its eponym’s birth, was described as being so scintillating “all day long a human hedge stands in ecstasy before its beauty.” Then, there was Princess Fawzia of Egypt’s wedding parure, which included a tiara with 57 pear-shaped, brilliant diamonds and a necklace with 90, all of which took six months of searching to collect and complete. Then, still, there were 200 carats of round and baguette diamonds dripping off Queen Nazli of Egypt’s collarette necklace, now included in Van Cleef & Arpels’ patrimony collection.

It’s not just white diamonds, though. Colourful diamonds also have a place in the Maison’s archives, as evidenced by the Blue Heart, worn by dancer Zizi Jeanmaire to the Ball of Versaille; the Princie diamond, a 34.64-carat cushion-cut pink diamond claimed to have been owned since the 18th century by the Nizams of Hyderabad, which sold most recently at Christie’s for upwards of US$39 million in 2013; the 96.62-carat briolette-cut yellow diamond once owned by the singer Ganna Walska which, now, sits mounted on a Bird clip — and so on.

These diamonds have led legendary lives; have been loved and cherished. Were, perhaps, lost, then found; passed down and auctioned off before being remounted in Van Cleef &Arpels’ Mystery-Set creations. These shiny, shiny deposits of carbon and mineral might have once been promised as dedications of eternal love. Maybe even twice; thrice. They might have shone through the Roaring ‘20s; might have twinkled at soirées you and I can only dream of attending; might have swung in step as secrets are traded and passed on with whispers. Whether truth or tidbits of fanciful fiction, these precious gems have glistened through time we now regard as history. The stuff of legend, some might say.

But what’s rare and wonderful is bearing witness to the first inklings of “legend”; the trace hints of something extraordinary to come. Of course there’s grandeur to listening in on marvellous stories, but to be present and, beyond that, to be able to participate and have hands and all ten fingers in the creation of something to be regarded as legend? That’s something special. And that’s precisely the beauty of the Lesotho Legend, the910-carat (yes, you read that correctly) rough diamondVan Cleef & Arpels’ new Legend of Diamond high jewellery collection has been meticulously chiselled from.

“The Maison seldom works with rough stones,” says Nicolas Bos, President and CEO of Van Cleef & Arpels. “We traditionally start with cut and faceted stones that are already suitable for use in jewellery. This is the first time in decades that we have been involved in a project from its starting point — the extraction of the stone — to the creation of a High Jewellery collection. The appearance of this extraordinary rough stone gave us this unique opportunity to tell a story around the diamond.”

The Lesotho Legend, presented to Van Cleef & Arpels by long-time diamond-dealing partner Taché in 2018, is the fifth largest rough diamond ever mined. While certainly impressive, its gargantuan, 910-carat stature is not the only criterion making it a truly impressive discovery. Its perfect D colour, crystallisation and type 2A chemical composition — in layman’s terms, that just means the diamond is chemically the purest with the greatest optical clarity — are all cardinal details that make the Lesotho Legend, well, legendary.

“Finding a stone of this size in its natural state is truly emotional,” says the director of Van Cleef & Arpels’ stones department. “It’s the kind of thing we dream of but don’t dare to imagine. We are here at the beginning of this diamond, after its formation, when there has not yet been any human intervention. When I see a rough stone like this, I would like to keep it this way, because it is so beautiful.”

Unfortunately for the director but very fortunately for us, the Lesotho Legend does get the axe via the expert manoeuvring of Diamcad, the leading diamond cutter in Antwerp. And what came out of the state-of-the-art cutting, positioning, faceting and polishing were 67 diamonds of Flawless to Internally Flawless quality; all totalling 441.75 carats, including a single 79.35-carat specimen — the heaviest of the 67 — stationed as the centrepiece of the collection’s Atours Mystérieux necklace.

The beating heart of Legend of Diamonds, the Atours Mystérieux’s brilliant, oval-cut white diamond is complemented by rubies held afloat by the Maison’s long-patented Traditional and Individual Mystery Set settings. Drawing inspiration from the late ‘30s, the masterpiece’s two-toned composition is a direct reference to Van Cleef & Arpels’ collerette necklace, while its undulating shapes are a nod to another diamond-strewn creation designed for Queen Nazli of Egypt. TheAtours Mystérieux — a testament to the Maison’s technical ingenuity — is also transformable with an Individual Mystery Set composition that can replace the79.35-carat should you wish for a different way-of-wearing. Clever!

The rest of the 25-piece Legend of Diamond high jewellery collection continues to nod to so many of Van Cleef & Arpels already existing designs, including the curving shapes of the Floating Ribbon brooch from 1937; the graphic lines of the Disques earrings from two years prior; and the various cuts of couture that has inspired the Maison since its genesis.