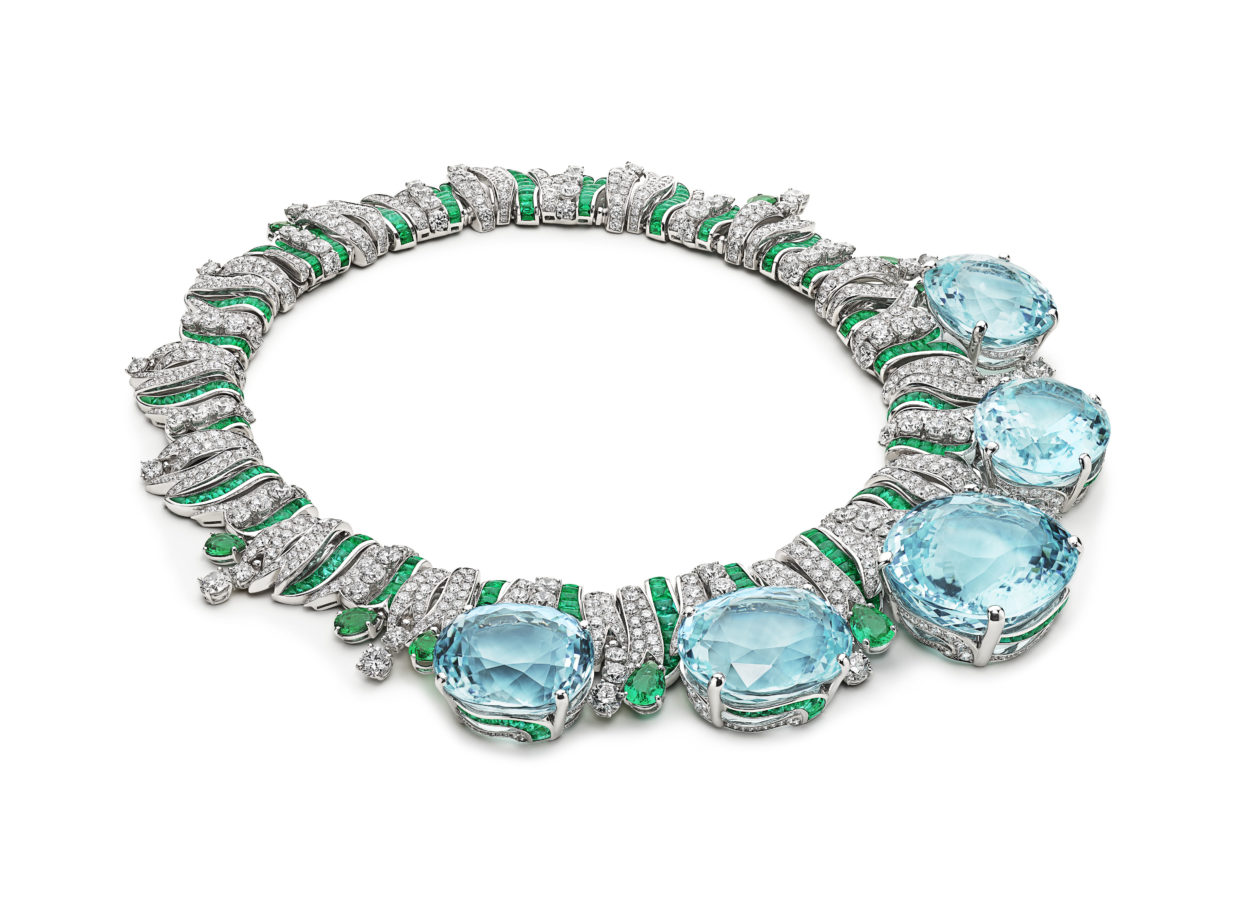 Bulgari’s Creative Director, Lucia Silvestri, shares why the Roman jeweller considers its aptly-named Magnifica High Jewellery creations as the most precious collection the brand has ever presented.

For lovers, collectors and religious admirers of Bulgari’s iconic high jewellery, Lucia Silvestri has become synonymous with the colourful gemstones and exquisite designs they are set in. After all, over four decades ago, she became the protégé of Paulo Bulgari himself, accompanying him on trips to exotic parts of the world in search of the most flawless gemstones. And when she talks about her passion – gemstones and jewellery – her eyes light up like greenish-blue sapphires.

The last time I interviewed Lucia, a couple of years ago, was in her atelier in Rome – the inner sanctum of jewellery-creation at Bulgari. This time, it’s for a virtual “gems table” discussion, joined by a handful of editors from Asia-Pacific. The conversation focuses on her inspiration, and the new Magnifica High Jewellery and High-End Watches collection, launched earlier in June during a two-day event in Milan. Some 350 masterpieces magnificently express Bulgari’s Roman DNA, creativity, and 137 years of experience and expertise. The collection counts at least 60 pieces valued at over a million euros each, and 122 never-before-seen works of art.

Fearless and audacious women are after all one of Bulgari’s eternal inspirations. For the Magnifica collection, the Diamond’s Passion necklace – requiring 2,000 hours to complete, and enriched with a cascade of diamonds, totalling 64 carats – is an ode to Hortensia, who bravely took a stand for women in Ancient Rome. For 17th-century painter Artemisia Gentileschi, one of the most celebrated artists of the Baroque movement, defined by the chiaroscuro technique and known for challenging the social norms of the period, The Baroque Spiral necklace was created to reflect her rebellious, indomitable spirit, choosing the spiral geometry as a symbol of life and evolution. Gentileschi’s audacious use of colours also inspired the sophisticated boldness of Prodigious Colour, an exceptional pink gold necklace collecting five flamboyant cabochon-cut gems: an amethyst, a citrine, a rubellite, a blue topaz and a pink quartz, totalling over 288 carats, surrounded by pavé-set diamonds and green tourmalines.

Lucia admits she is particularly proud of the Fluid Tanzanite necklace, which doesn’t only pay tribute to Hadid’s unique architectural style, but also the brave, audacious and powerful spirit of a woman that followed her dreams and always stayed true to her vision. One of Bulgari’s ultimate icons, the tubogas, is enriched with pavé-set diamonds following a sensual design inspired by the architect’s signature use of curves and irregular geometries. Stealing the spotlight, a central 77,88-carat cabochon Tanzanite adds a magnifying touch of extra seduction.

“I met Hadid a few years back when we collaborated with her for the B.zero1 jewellery collection. It was an incredible experience, and I was really impressed by her personality and charisma. I am very proud to dedicate a few of the pieces of Magnifica to her,” Lucia says. Then she goes on to explain how the process of creating a new high jewellery collection works.

“We typically start a year before the launch, and the whole process starts at this table, playing with the gems. But to collect the gems, I start two to three years earlier. At first, there is no design. I only call in the designers once I’ve decided on the colour combination of the gemstones, and together we would then decide how to link that to a design.”

A very important aspect for her is the cut of the stones. “Sometimes I have to work with the cutter to recut the stones in the Bulgari style, which means that the proportion and the style of the gem has to be perfect; very elegant, not too bold and not too heavy, but ‘soft’ and sophisticated. So, it’s not only the colour and the clarity that must be perfect, but also the cut.”

A good example is the 131.21-carat spinel used for the Imperial necklace. The fourth largest known spinel in the world – the protagonist in this sumptuous creation, surrounded by a cascade of diamonds and emerald beads – was everything Lucia was looking for. “In my mind, I was skeptical because at first when I heard about the stone, and asked for a video and pictures. When I received that, I was shocked. The quality of this spinel was so beautiful… it’s really one of a kind. It’s maybe the fourth in the world in terms of weight, but number one in terms of quality,” Lucia says. “The colour is really unique. It’s red, but not really red. There’s a bit of orange inside it. But it’s not really orange… there’s a fire inside it, something really sparkling. It’s unique and I wanted to share the beauty of this spinel. From the first time that I saw it in person, I was crazy about it.”

Lucia also recalls the story behind the 93.83-carat cabochon-cut Colombian emerald used in the Hypnotic Serpenti necklace that required 1,800 hours to complete. “When I first saw the emerald in 2018 in Jaipur, it was 97 carats and I spent one year trying to convince the supplier to recut the stone in the Bulgari style. It was already a cabochon cut, but the dome was so big I couldn’t see the life inside the gem. Then, when I saw it again in Dubai, it was a little bit smaller, 95 carats. It was better, but not perfect. Finally, when I saw it again a bit later in Hong Kong, I said, ‘Buongiorno!’ It was the perfect gem for Bulgari. And at that moment I thought to use it for a Serpenti piece, because it is one of our iconic collections. The craftsmanship for this necklace was something crazy, and we finished it only the day before the launch!”

Another of the many masterpieces of Magnifica is the Mediterranean Queen necklace, inspired by a Bulgari necklace dating back to 1969. This time, taking 2,400 hours to be complete, five marvellous oval cushion-cut Paraiba tourmalines – weighing about 500 carats, and among the rarest in the world – are connected by sinuous, curved elements with cabochon emeralds and diamonds.

“I found the first stone, the 153-carat one used in the centre of the necklace, from Mozambique, and started to work on a necklace,” Lucia recalls. “After a few weeks I received two more gemstones, from the same supplier, so I decided to use all three gems together. A few months later, I received two more Paraiba tourmalines from another supplier, so I had five amazing gemstones to work with. The colour of the stones remind me of the sea in Sardinia… full of happiness, full of energy. Because the stones are huge, the craftsmanship was very important to ensure that the necklace is light and still strong enough to keep it all together. It was a challenge, but in the end, we found a way.”

Normally, Lucia would personally travel all over the world for the acquisition of gemstones, but this past year has been different because of the global pandemic. “The positive thing that came out from that is that I could stay very close to the artisans,” she says. “I learned a lot from them, and they learned a lot from me. I was able to follow the process from the beginning to the end, and I loved it all very much.”

This article first appeared in the July 2021 issue of Prestige Thailand.