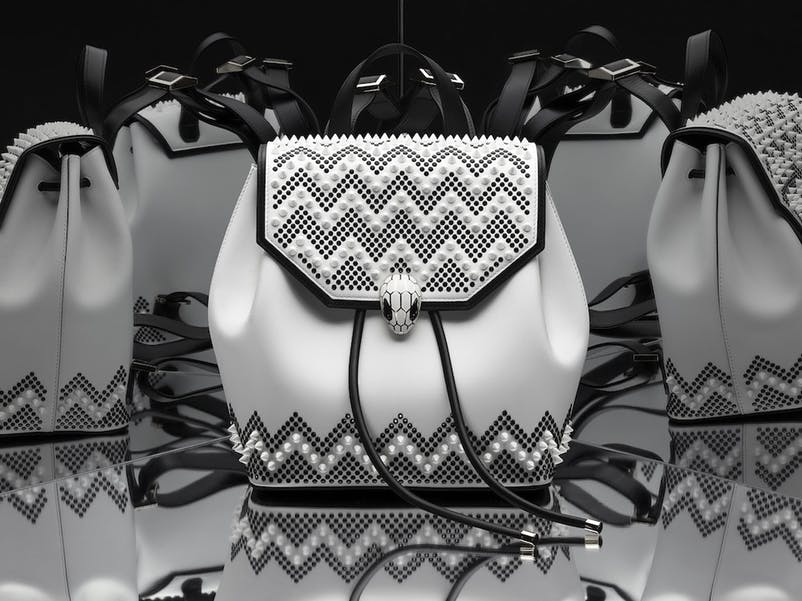 Nicholas Kirkwood branches out of his comfort zone in designing shoes, to reimagine Bulgari’s Serpenti. The Serpenti is a timeless Bulgari icon, characterised by the piercing eyes of a snake. Specifically, Kirkwood has created bag designs based on the Serpenti Forever imagery.

“Although we’re very different kinds of brands, there are a lot of similarities in the codes that we use,” Kirkwood says to Business of Fashion. “I wanted there to be this slightly more contemporary London feel about the collection, but still execute it in a very Bulgari way.”

Nicholas Kirkwood’s eponymous shoe brand was acquired by LVMH, also a parent company to Bulgari, in 2013. His collaboration with Bulgari is his first since the acquisition. “We’re a very different company than we were before,” says Kirkwood. as quoted by Business of Fashion. “The last couple of years we’ve had a lot of reorganisation, and now I’m at the point where I’d like to work on more collaborations… For me, it was [an opportunity] to work on another product.”

The collaboration is also a stepping stone for the designer, who wishes to branch out of footwear in the near future.